This past weekend, myself and a bunch of crazy Canadian gearheads from the Facebook group “Track Day, Bro!” got together and arranged a cruise as a sort of final hurrah before winter hits. The goal was simple; find as many twisty country roads as possible, string them all together and drive them in a pack of modified cars while attracting as little attention from local law enforcement as possible. However, being Ontario, finding such a route was easier said than done. You see, Ontario is flat and our roads are straight, forming a perfect grid. We don’t have our own “Tail of the Dragon,” there are no 100-mile stretches of beautifully cambered sweepers and delicate chicanes laid out for our automotive pleasure. For this reason most of our route consisted of narrow, hardly maintained gravel roads. It rained and it got very, very messy.

Our automotive pilgrimage started outside a small coffee shop in the quaint town of Belfountain, which almost certainly didn’t appreciate the site of 15 modified cars taking up every inch of their lot. There wasn’t really any pattern to the cars that showed up; brand-new Subarus, an E30 BMW, a BRZ, Integra, MK6 Golf, 350z, a 400hp tuned Volvo sedan, even an Nissan Xterra  and a Scion xB joined the cause. At one point a decommissioned Crown Vic police car showed up which made everyone vividly nervous for a half-second. I spent the day in my lowly 99’ Miata on winter tires following a friend’s 97’ Miata that’s been turned into a track weapon. The first part of our route was on clean roads which gave me hope that I could maintain the $14 car wash from the night before. 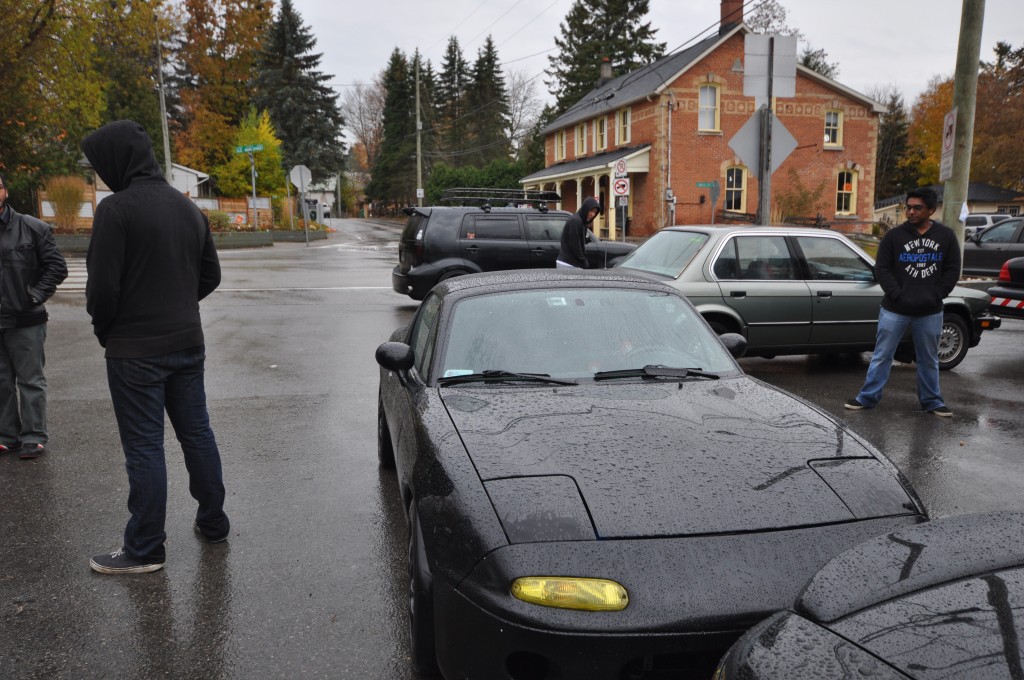 I should mention that there is an obvious problem with cruises, particularly those run by adrenaline pumping millennials; there’s a very fine line between cruising and street racing. Just the week before at a similar event, a Honda Del Sol chasing a Mustang managed to roll over sending both the driver and his girlfriend to the hospital. Not only is that simply awful but it gives car enthusiasts a bad name, especially with law enforcement.

We were better than those guys; better drivers, more experienced, more mature… right? Nope, no one would be crashing today. For this reason, the leader of the pack (driving a WRX hatch) made it very clear that he would be obeying the speed limit at all times. As far as I know, he did. However, stoplights and left turns at busy streets meant people slowly got left behind and, it quickly became a mad dash to keep up. 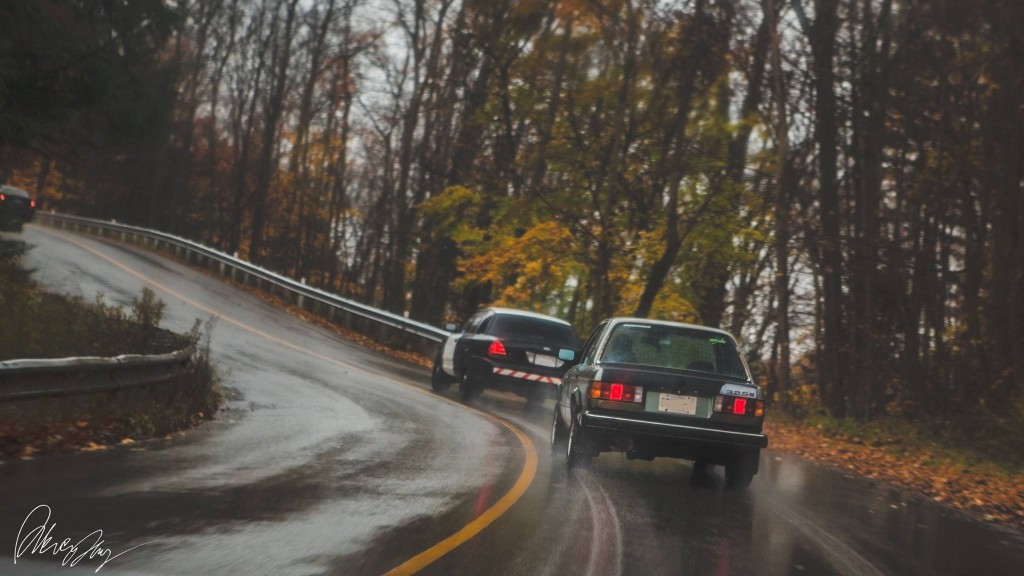 Soon the asphalt ended, the route turned gravel, and the rain came down. Our path turned into a muddy WRC stage and grip became nearly non-existent. The little Miata now felt like it made 500 bhp and going wide-open throttle in second gear became a seriously gutsy maneuver. Equal parts bravery and lunacy were needed to keep up with the boosted Miata in front of me, and I vividly recall going through an intersection ever-so-sideways before locking up tires when the cruise came to an abrupt halt. Mercifully the first half of the cruise finished and everyone was still in one piece. Now, at this point I’m sad to admit I left. My canvas sneakers were soaked, my car was covered with a layer of sludge thick enough to obscure visibility, and after the two hour dash I was exhausted. 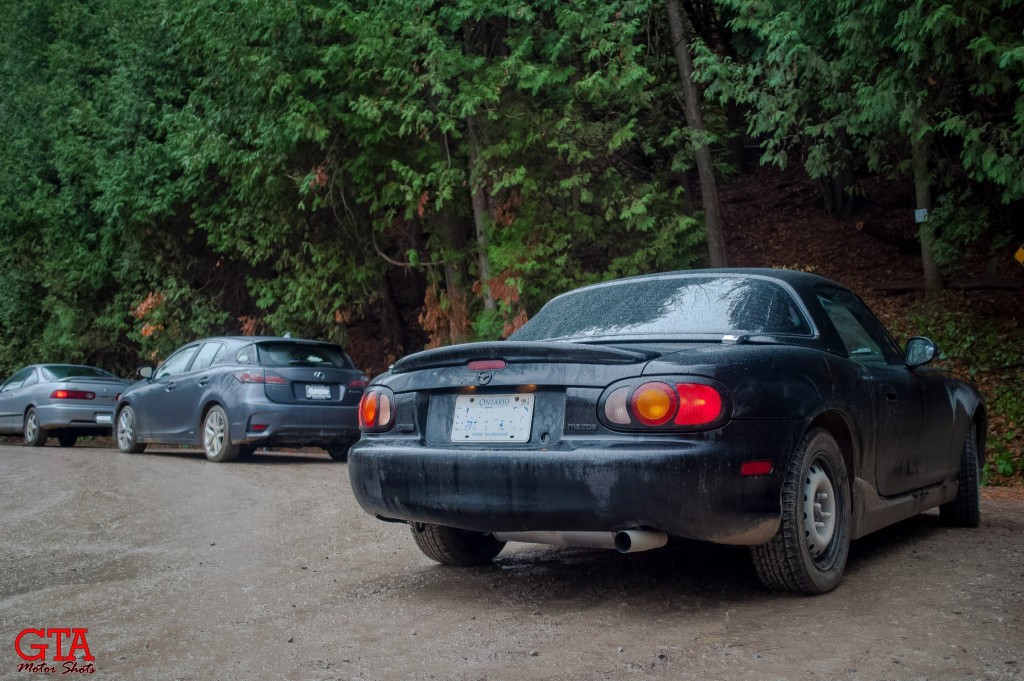 Many others did the same, and many new comers arrived following the news that this new route involved absolutely no gravel. However, that didn’t stop the roads from being slick and eventually the unfortunate happened. A Nissan Sentra packed with the driver and two friends joined the group along with another 90’ Miata. The slick conditions overwhelmed the Nissan causing it to snap-oversteer into a nearby guardrail, and well; you can see the result for yourself. 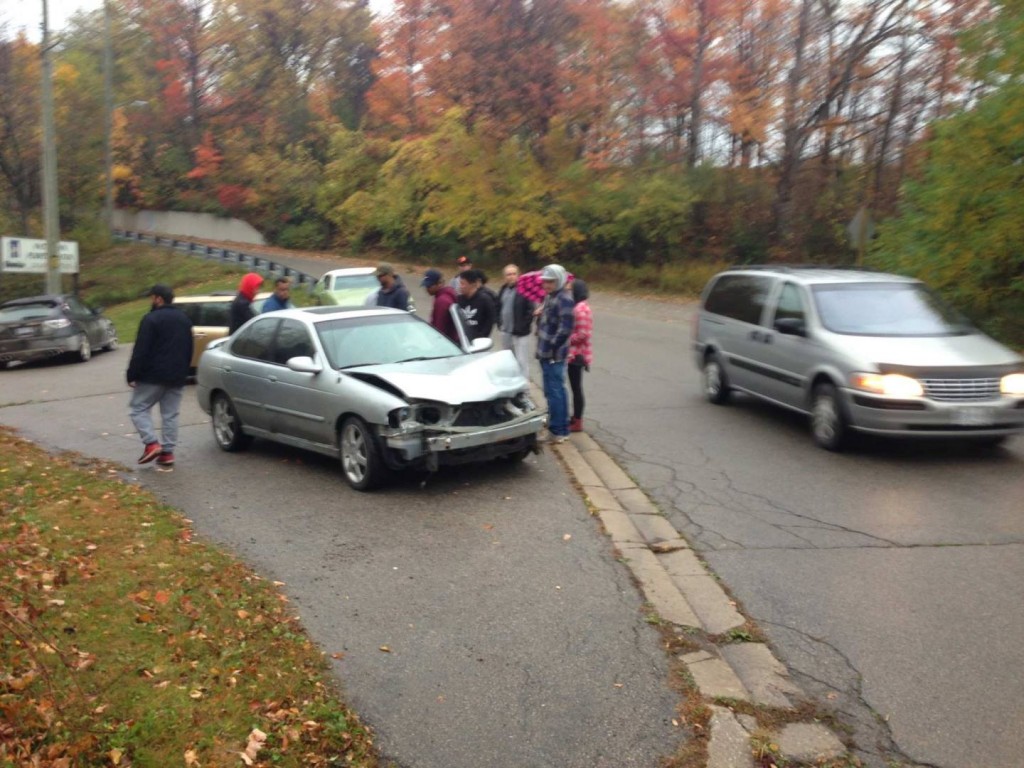 Exactly what caused the little Sentra to lose control, nobody really knows. One thing was clear though; we failed. All three passengers appeared uninjured though the Sentra wasn’t going anywhere on its own power. After an hour and a half of standing out in the rain, a tow truck arrived and the defeated gearheads moved on. The story ends when they arrived at their predetermined meeting point; a restaurant. Though, nobody bothered to find out much about this place which ended up having both a dress code and wine menu worth more than some of our cars. So, the cruise ended like all cruises should end – standing around eating pizza in a parking lot, surrounded by good company. 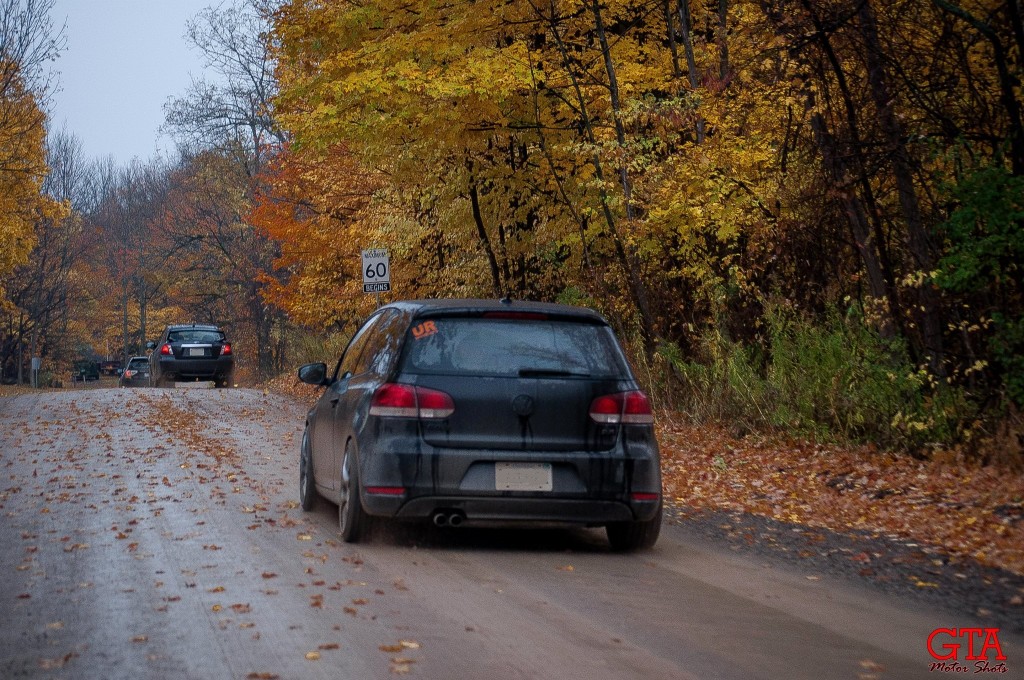 I feel the need to end with a lesson; some sort of moral guide to pass on to the next unfortunate car cruise in hopes that they won’t end up sending a car home on a tow truck, but I’m at a loss. The roads were slick, mistakes were made; shit happens. In any case, I’ve now got an amazing collection of muddy-Miata pictures to cherish for a lifetime. 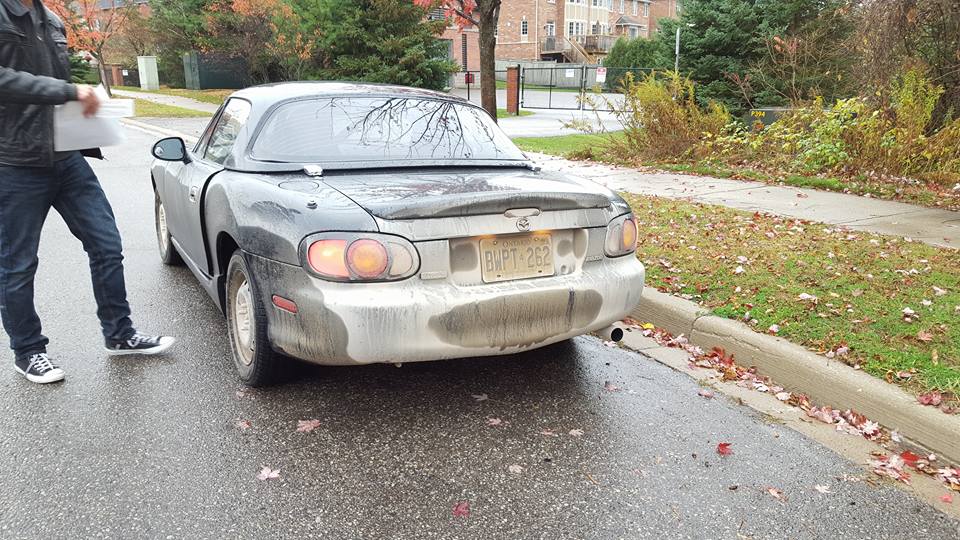