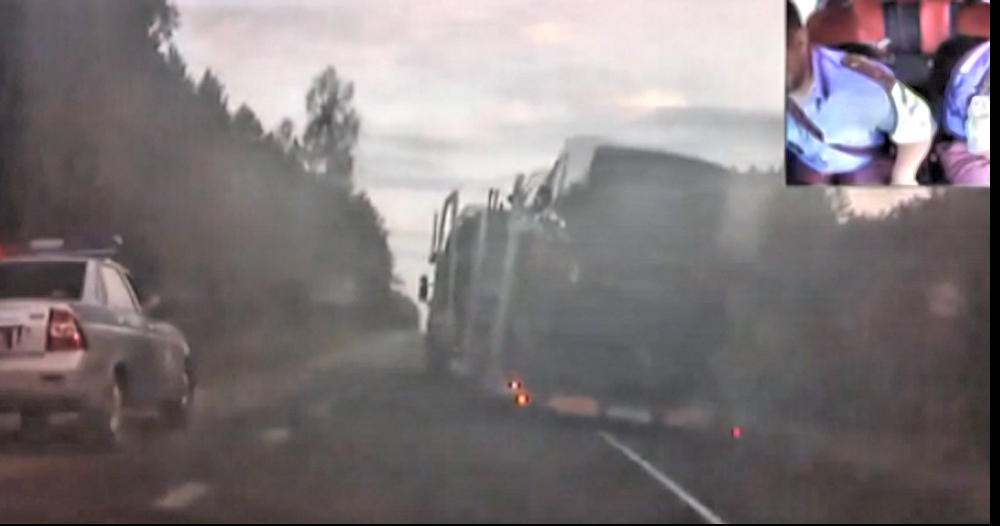 The police of Belarus was included in a high speed chase shooting at a truck 80 times to stop the 30-year old driver during the 90 mile chase.Actually this was the longest chase that we have ever seen and according to the police report the driver was suspected to be under the influence of alcohol while he was transporting some vehicles on the trailer.The police was forced to shoot the tires to stop him but this wasn’t enough so the officers also shot at the gas tank to stop this irresponsible driver.
Furthermore we suggest to watch the video, also feel free to share with us your opinion