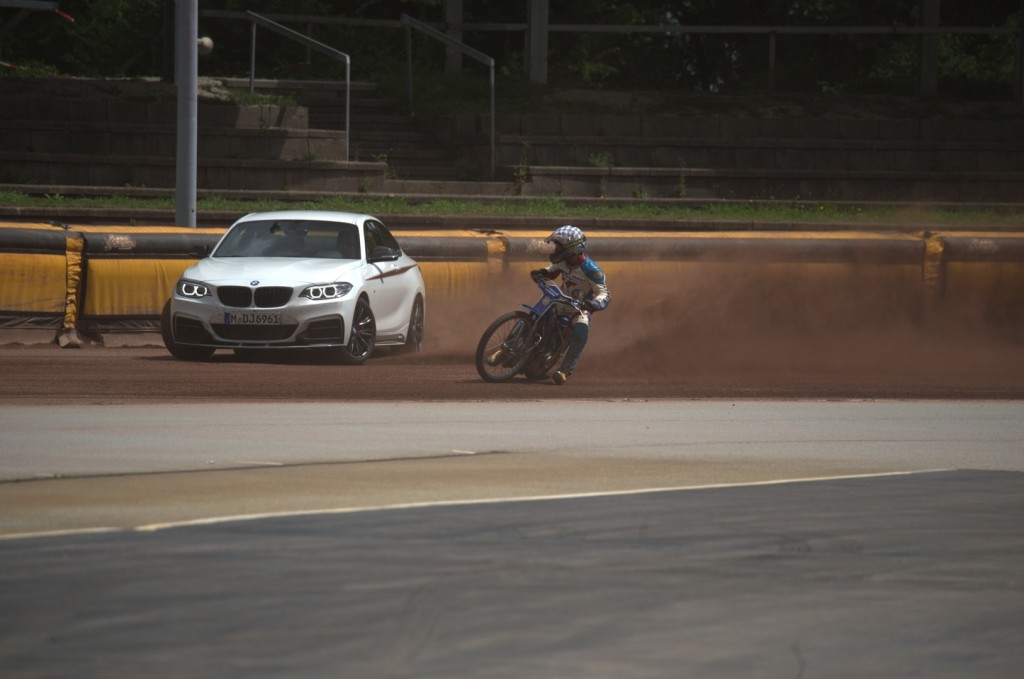 This cool video showed us an amazing event organized at the Landshut /Ellermühle speedway stadium where a BMW M235i and a speedway bike drifted for five hours!

They drifted for several hours in a 400 metre long track That’s sound’s crazy but they succeeded in fulfilling this common goal!They drifted onto the almost 400metre long track.The specs of the BMW M235i M Performance are : powered by a 3.0L BMW Twin Power petrol engine that produces 326horsepower and 332 ib-ft of torque or 450Nm.
It weights 1,470 and measures almost 4 and a half metres in length.
While the speedway bike specs are: packed with an air-cooled 500cc single cylinder engine that produces 80horsepower and it was built specifically for speedway track use.It weights 80kg.
Furthermore we suggest to watch the video, also feel free to share with us your opinion.