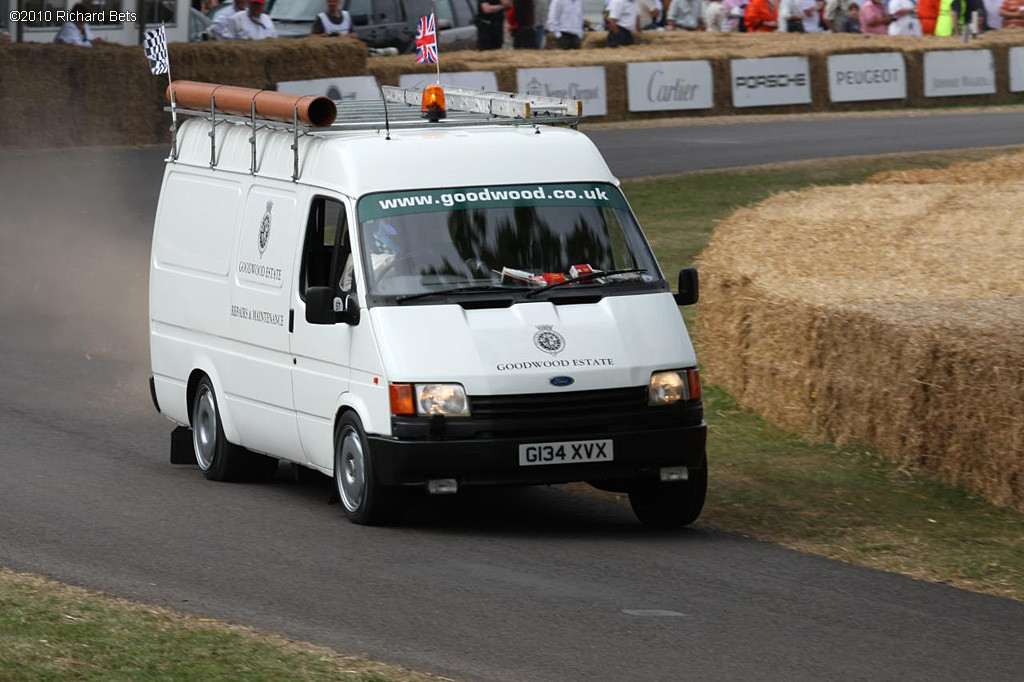 It’s a Ford Transit, and mostly it’s known as a car to go around town and deliver things around….or even making car guys exited because they bring car parts…
But this one is different. It’s powered by the engine of on of the most beautiful and epic cars ever build, Jaguar XJ220.
First the project started by powering this Transit with a twin-turbo 3.0-liter V6, with 540 hp.
Now, at the end of the project this “monster van” makes 640hp and it is equipped with XJ220 wheels up front and racing slicks in back.
Watch the video below to see it performing at “The Goodwood Festival of Speed 2010