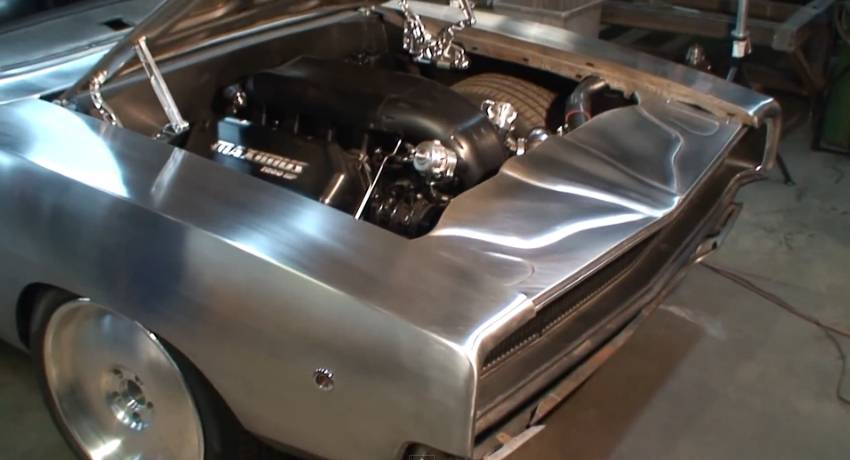 Get ready and take a ride along for some street testing with this outrageous and rare 1968 Dodge Charger called ‘’Maximus’’.
It has been updated from Scott Spock and Tom Nelson so this car should be really something fantastic as a final product. It’s obviously that numerous modifications and
upgrades are done and still . Stiffness of the new chassis is four times higher than the original. This masterpiece powered by a 9.4L V8 Hemi engine is charged
with a pair of twin-turbo intercoolers and is rated to 2000Hp.According to Tom Nelson and Scott this car should make a ¼ mile run in 8 seconds and reach
speeds up to 200miles per hour or 322km/h. If this car will be equipped with the aero body kit, the top speed can be raised to nearly 420km/h.
Furthermore we suggest to watch the video , also feel free to share with us your opinion