There’s nothing better than watching affluent men and women buy priceless automobiles and actually drive them. Nobody expects the owner of Ferrari F40 #268 to daily drive his car, but a Sunday drive once in a while doesn’t hurt. These are cars after all – not museum pieces.

Venture capitalist Adrian Beecroft clearly agrees with this notion, as he took the ultimate leap of faith by bringing his priceless Aston Martin DBR1 to a classic car race. Unfortunately, his decision resulted in him being involved in what is possibly the most expensive car crash on the planet.
.
The DBR1 is thought to be worth a staggering $30 million, and was joined by a Jaguar XK 120 valued at $151,000 and an Austin Healey 100 worth $91,000. Thankfully nobody was injured, though the financial toll of this crash is staggering. One can only hope that all three cars will be able to be restored to their former glory. 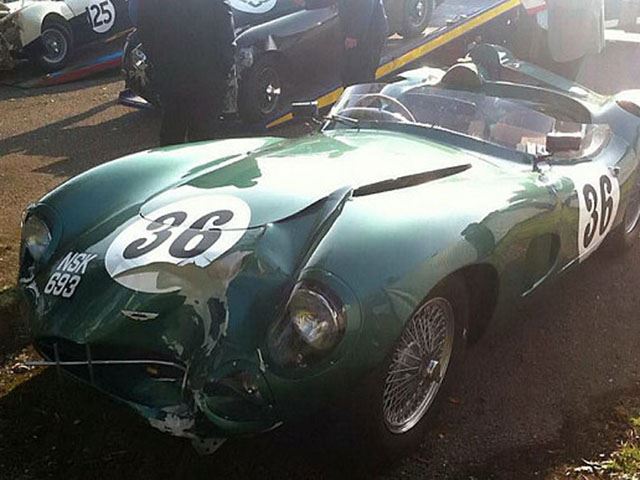 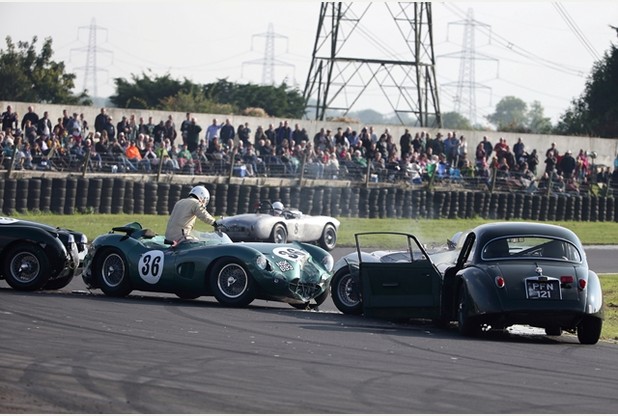 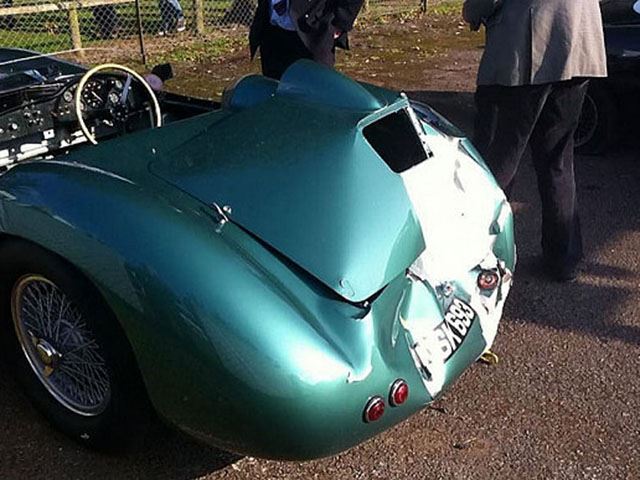