Earlier this year, Honda challenged a group of 80 engineers and designers to build a car with one goal: minimalism. The winner was a gentleman named Martin Petersson who works for Honda’s Asaka motorcycle design and center, and it shows: this car is close to a motorcycle as physically possible, the Honda Project 2&4 !

At a featherweight 893lbs, it makes the Mazda Miata look morbidly obese. Propulsion is delivered via a 999cc V4 straight out of a Honda MotoGP bike that makes 215hp. The result is a Veyron-like power to weight ratio, without any of the associated Veyron-momentum in the corners. Better yet, it all happens through a six-speed dual-clutch sequential transmission, and revs to a staggering 14,000rpm.

The Honda Project 2&4 appears to be a single seater, but there’s actually a section of fairing on the left side that’s removable to accommodate a brave passenger.

We’ll let Honda explain it themselves:

“The exhilarating feeling created from the open cockpit is significantly enhanced by the driver’s seat, uniquely suspended just above the road. The ‘floating seat’ design places the driver as close to the action as possible, evoking the freedom of a bike and completing the immersion provided by Honda Project 2&4 ’s extreme performance”. 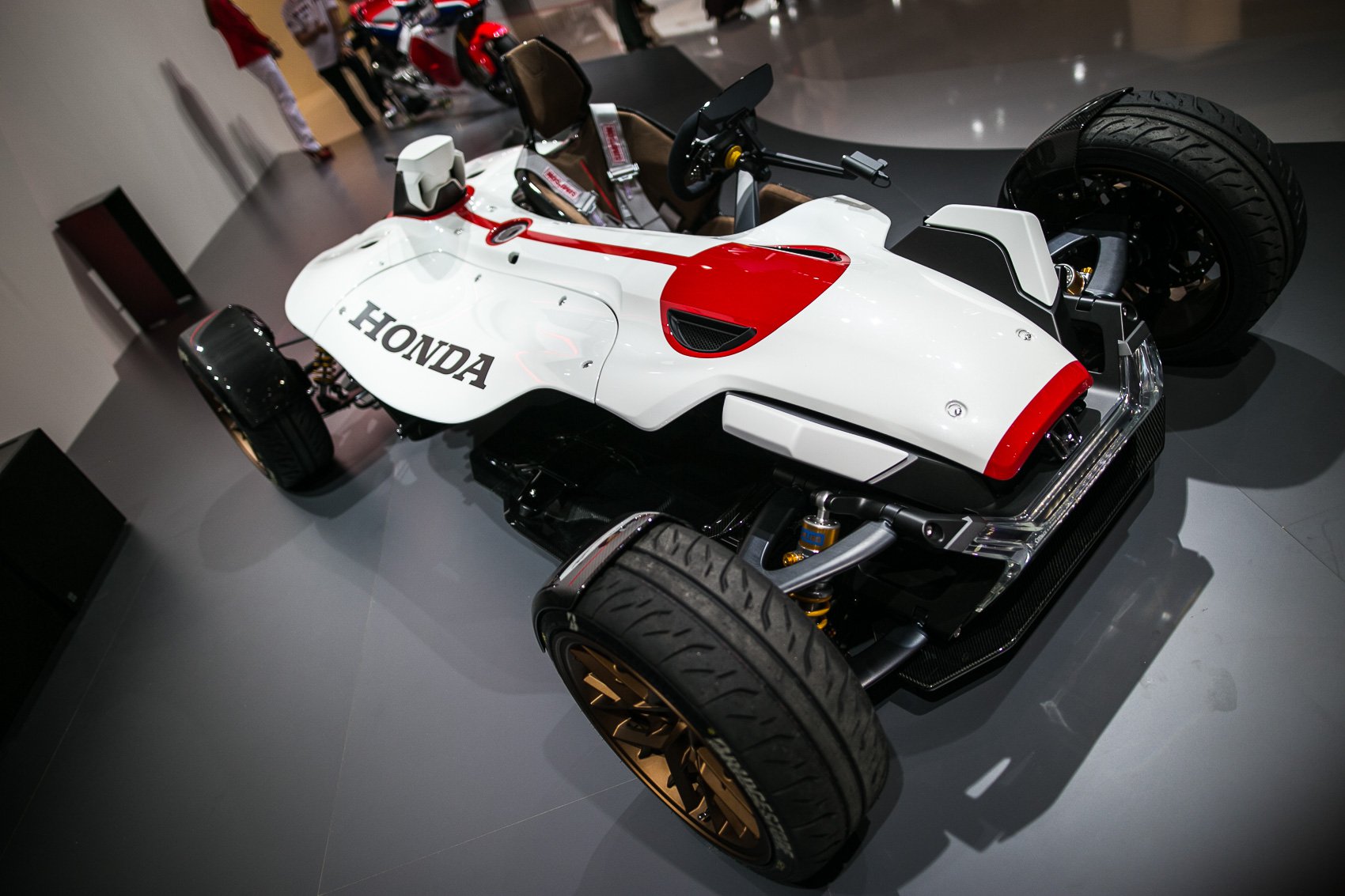