This time, we bring you one of the most obscure Italian automotive jewels, The Bandini Bialbero 1000 engine.

Somewhat of a forgotten legend, Ilario Bandini is the man behind Bandini Cars, and of course, the creator of our Engine of the Week. 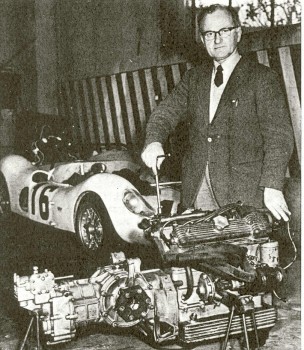 Ilario Bandini, standing next to a Bialbero engine.

Let’s journey back to the Italy in the sixties, a motorsports paradise, where manufacturers’ passion for racing brings on a monumental wave of innovation and technical improvements.
Among these seekers of automotive performance was Bandini Cars, championing lightness and nimble handling. For the 1966 season, a new Racing Car had been developed, the Bandini 1000.
This racing machine was given the newly revised and updated Bandini Bialbero engine, which displaced only 987 cubic centimeters (around 60.2 cubic inches), and yet delivered 105 horsepower at a ludicrously high 8500 RPM. Even by modern standards, such specific power output from a naturally aspirated inline four cylinder is quite impressive.
For its era, the Bandini Bialbero was astounding, as it was one of the first engines of its time to feature gear-train driven Dual Overhead Camshafts. It also sported dual twin barrel Weber carburetors and hemispherical aluminum cylinder heads. Another notable characteristic of it was the 9.5:1 compression ratio, and the 2.7 inch bore and stroke.
As an interesting fact: “Bialbero” refers to the two camshafts in the engine, albero means tree in Italian, it’s translated as DOHC or Twin Cam, since in Italian, Camshafts are known as “Trees of Cams” (albero a camme).
Thus this Bandini Twin Cam engine was used for the 1000 Racecar and the 1000 GT, which was the road going version. The Bandini Saloncino also was given the Bialbero engine.

Weighing only 400 kilograms (882 lbs), the Bandini 1000 was a rear engine, five speed manual, open top racing machine, with an elliptical section tubular frame, and an aluminum body. Having all round independent suspension, as well as adjustable camber, toe, and caster, made the Bandini 1000 into a fully fledged racer. 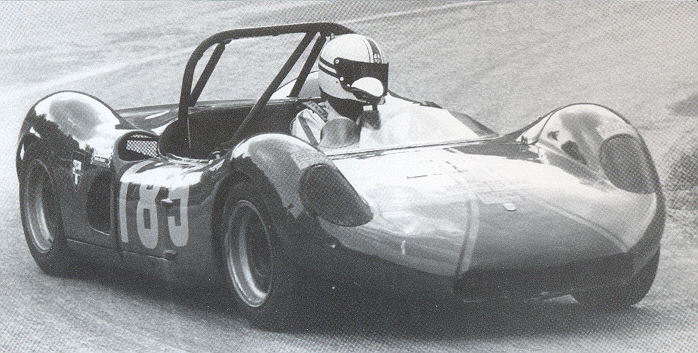 The 1000 GT road going version was slightly heavier, weighing at 475 kg (1047 lbs), it was also Front engine, rear wheel drive, and had a coupe body style. Sporting a detuned version of the Bandini Bialbero engine, it had 94 horsepower at 8000 RPM, reaching a top speed of 124 Mph. 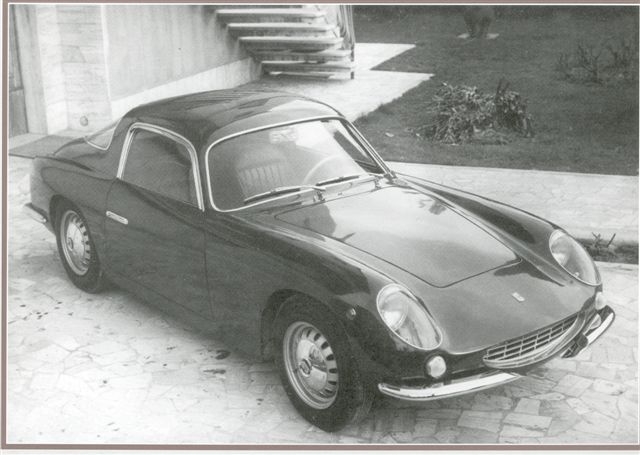 Perhaps the most iconic car to ever carry this engine was the Bandini Saloncino, formally named the Sports Coupe 1000, the Saloncino moniker was given to the car by Ilario Bandini himself, and it meant tiny saloon or sedan. This hardtop racecar was notable for having a convex back window exposing the engine and mechanical components to view. It had the race-spec 105 hp Bialbero engine. 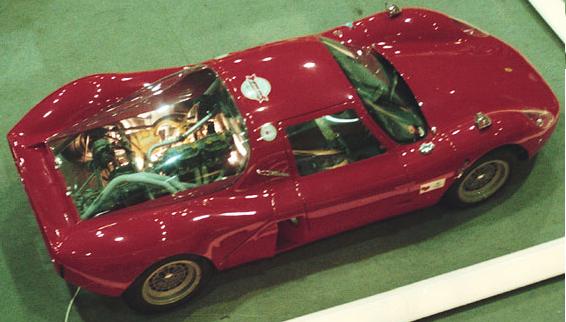 Top view of the Saloncino. 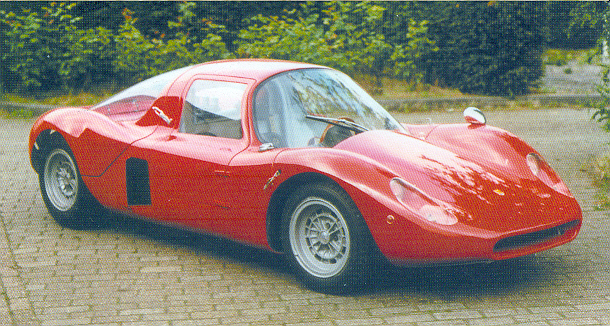 Here we get to appreciate the lines of this Bandini. 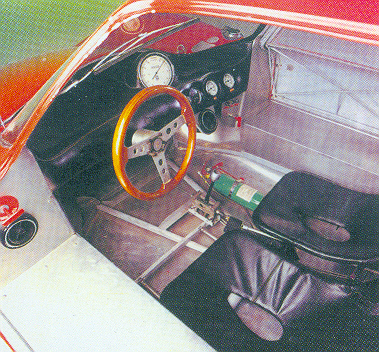 The minimalist yet beautiful interior of the Saloncino

Without a doubt, the Bandini Bialbero remains a testament of the marvels that occur when innovation is driven by passion. With many features that would later be the standard characteristics in modern engines, such as DOHC, or Hemispherical heads, this prime example of automotive excellence deserves a rightful place in the history of engines, as it not only carried innovations, but also powered three exceptionally rare classics.
And before you go, take a moment to listen to the glorious roar of the Bandini Bialbero in this Saloncino.