So, you’ve probably wondered, how is a crankshaft made?

Well, there are three main ways to manufacture one; each of them having their own advantages and drawbacks, and each are suited for different applications. So, how is a crankshaft made?

Casting a crankshaft is the simplest method of producing one, molten metal, usually iron is poured into a mold with the exact shape of the crankshaft, once the iron cools, the cast crankshaft gets taken to a CNC lathe, which refines the Journal Surfaces. (Where the journal bearings will rest)

These are the cheapest to produce and it’s likely to find them in economy vehicles.

Here is an example of a Cast Iron one: 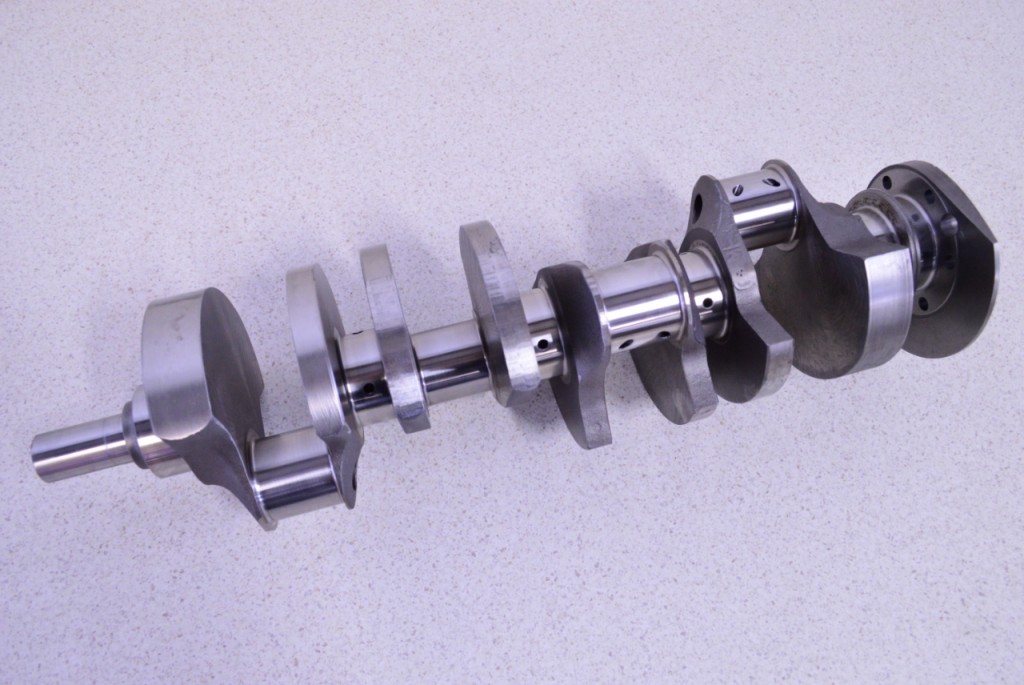 Forging a crankshaft is entirely different to casting, basically, red hot metal is placed between to dies that compress it via a hydraulic press, this makes for a much stronger material, since the density is higher and there are no porous spots.

After forging, the crankshaft gets machined just like a Cast one would.

Forged Crankshafts are popular in high performance applications, since they are stronger than a cast one, and can handle much more torque. They are also more expensive.

How is a crankshaft made? Here’s a handy animation followed by a demonstration of an automatic forging press:

A Billet Machined crankshaft is made from a solid piece of metal, which is first turned in a lathe, then placed eccentrically and turned again to produce each surface for the connecting rod bearings.

Billet cranks are usually found in racing cars and ultra high performance vehicles, high manufacturing and material cost makes these the most expensive kind of crankshaft.

How is a crankshaft made? This process is a little more complex, so a video demonstration will explain how it’s done.