Oh the Prius, the automotive equivalent of Everyone Gets a Trophy, well, not this time.

Built for Japan’s Super GT racing series, it’s a 2016 Prius which belongs to the fourth generation of the car, and it features a 3.4 liter V8 mounted in a midship layout, and oddly enough, it still has the Hybrid Synergy Drive with some of its components relocated to better weight distribution. This car’s power is limited to 300 horsepower.

It will debut in early April at the first Super GT race of 2016, which will be held Japan’s Okayama circuit.

Does this mean Prii are cool now?

Absolutely not, it just shows us how capable Toyota is of turning their most bland automobile into a fully fledged race car. 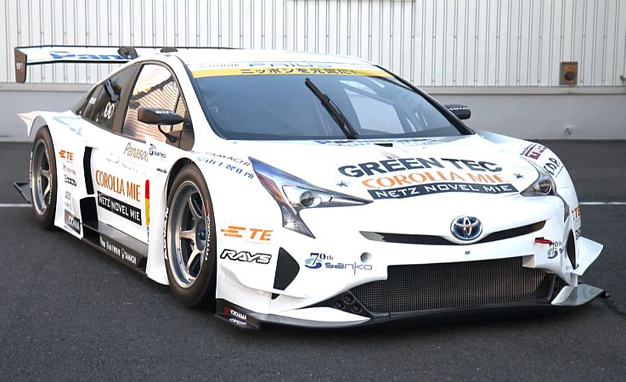