The new Hypercar of Aston Martin and Red Bull has just been revealed.

Today,Aston Martin revealed their ambicious Hypercar called,AM-RB 001.This Hypercar,is collaboration between Aston Martin and Red Bull.The name AM-RB 001,won’t be the cars final name.This Hypercar will be a road going car,but with extreme capability on the track.While even though we don’t know how fast it will be on the track,we do know that the car will be fitted with a natural aspirated V12 engine and it will have a power-to weight-ratio of 1:1.To make the ration possible,they have installed a massive engine into a car built entirely around a carbon fiber structure,making it as light as possible.As for the transmission,Aston notes that it’s a brand new one designed by Red Bull Advanced Technologies and Adrian Newey,Red Bull Racing’s Chief Technical Officer and the world’s most successful F1 designer.The suspension of the car,will also be designed by Newey’s help.

“I’ve long harboured the desire to design a road car. The formation of Red Bull Advanced Technologies brought me a step closer to realising that ambition, but I believed we should work with an automotive manufacturer. Aston Martin was at the top of my list. The synergy between Red Bull Racing and Aston Martin is clear. I knew Red Bull Racing had the ability to handle the pure performance aspects, but Aston Martin’s experience of making beautiful, fast and comfortable GT cars is of great benefit to the project. I’ve always been adamant that the AM-RB 001 should be a true road car that’s alsocapable of extreme performance on track, and this means it really has to be a car of two characters. That’s the secret we’re trying to put into this car – the technology that allows it to be docile and comfortable, but with immense outright capabilities”. – Adrian Newey.

The production of the car will be pretty limited,with only 99-150 examples,25 of which will be track only.In the unveiling of the car,it was stated that the price would be between £2-3 milion.The delivery of the car shall come around 2018. 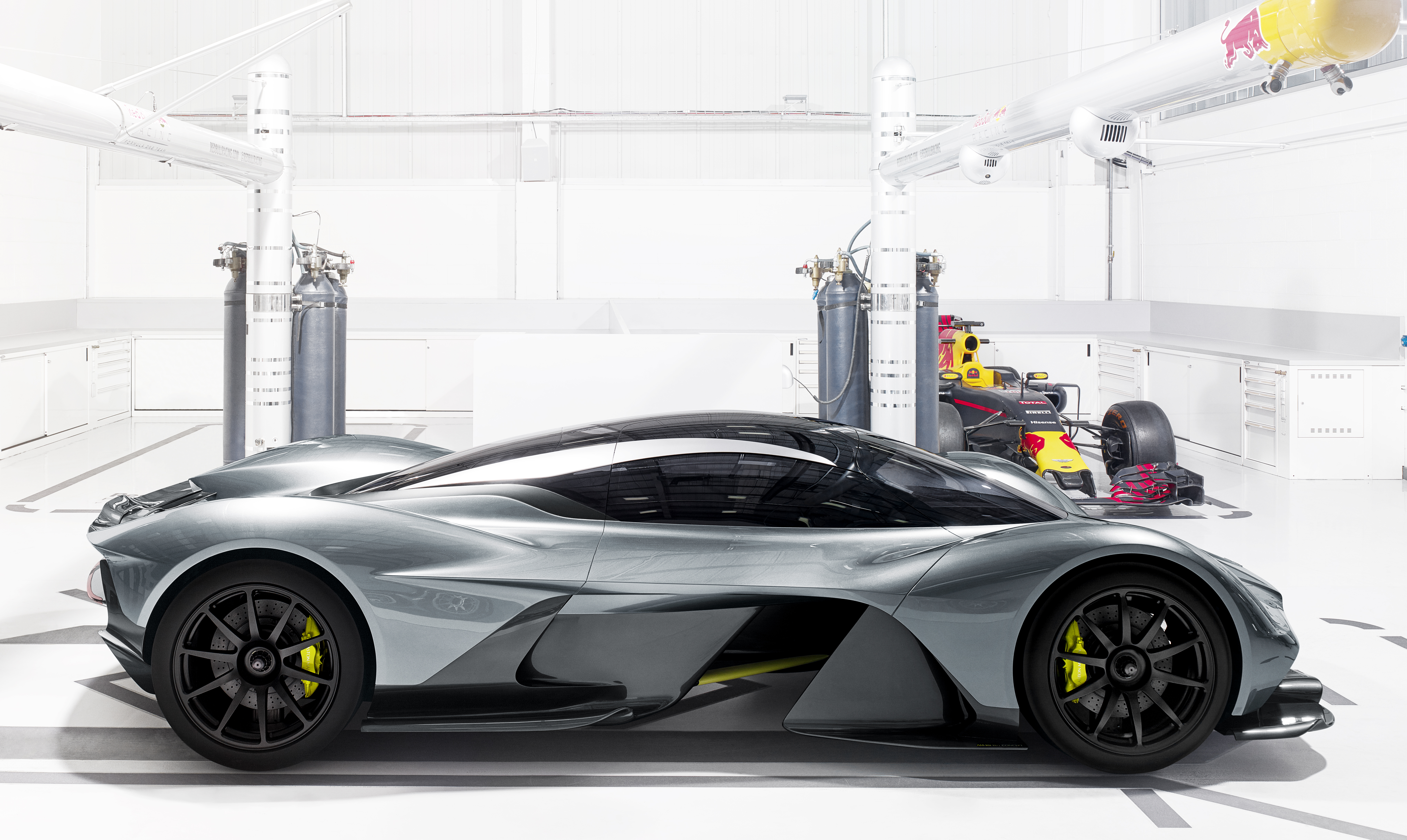