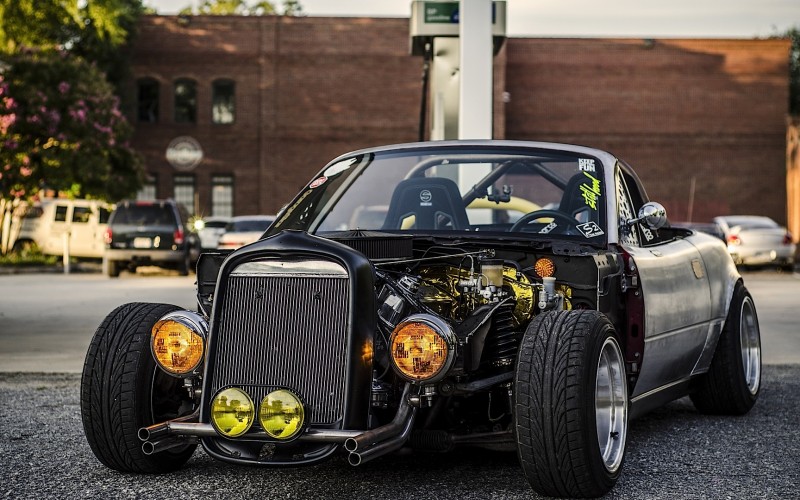 When we first heard about Mazda Miata we thought 3 things : Rat-rod looks, V8 power & Drift-car stance! All in one !
But behind this project that appears to be almost finished now stands one man ,one idea!Known as Reichelderfer,he is an engine builder by trade and he is the man that combined the Miata with his old obsession,rat rods,muscles etc.
“The idea from the time I got the car was to go V8 and lose as much weight/simplify the car as much as possible, but I didn’t know at the time how it would end up looking,” says Reichelderfer.
He says that’s still work to be done but anyways the results as you can see are amazing.It’s obviously that mr. Reichelderfer build a killer lightweight Miata with enormous power and he did it!
To be honest this “Ford” Miata is like nothing we’ve ever seen!
Furthermore we suggest to check out our mini-gallery, also feel free to share with us your opinion 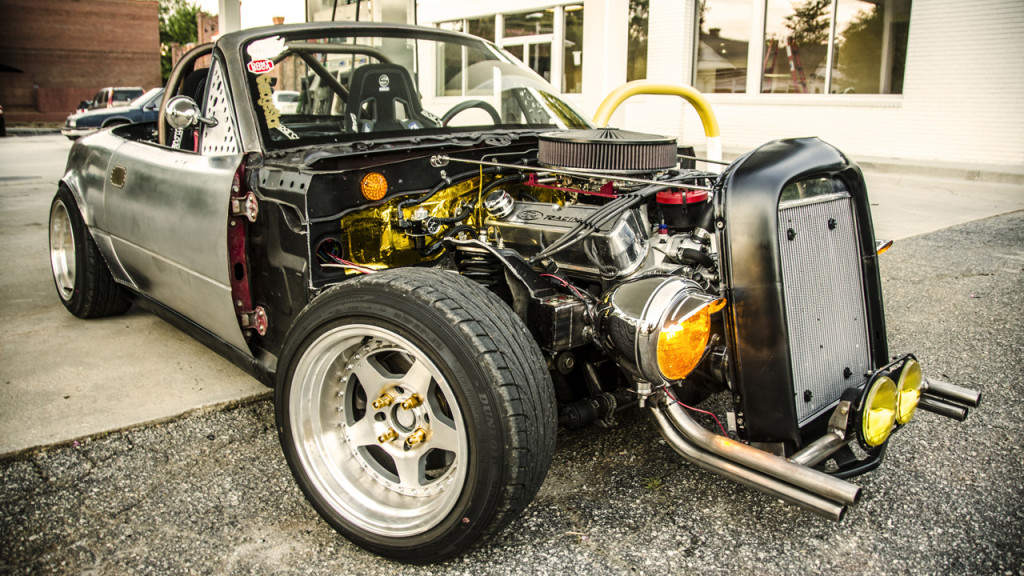 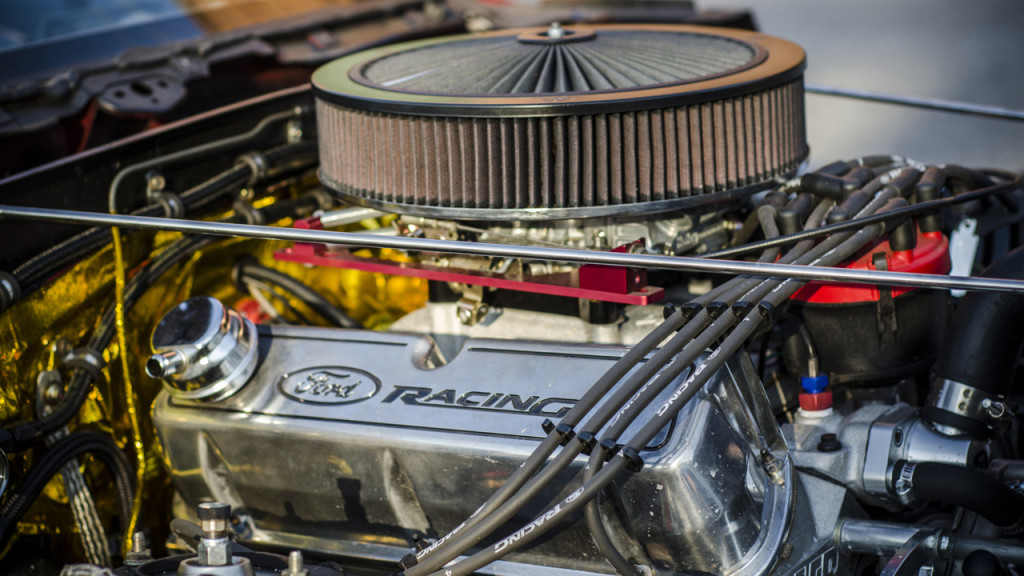 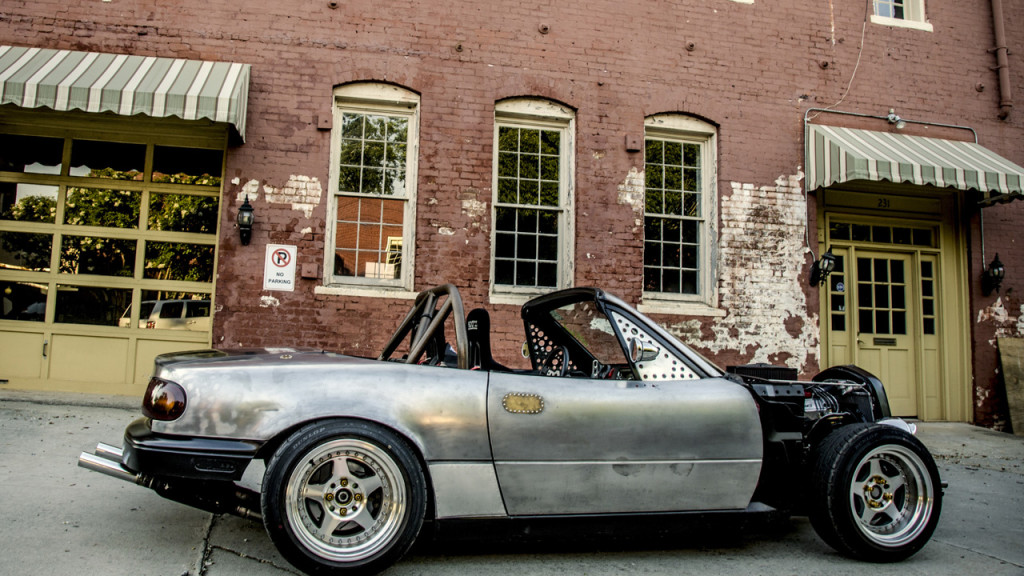 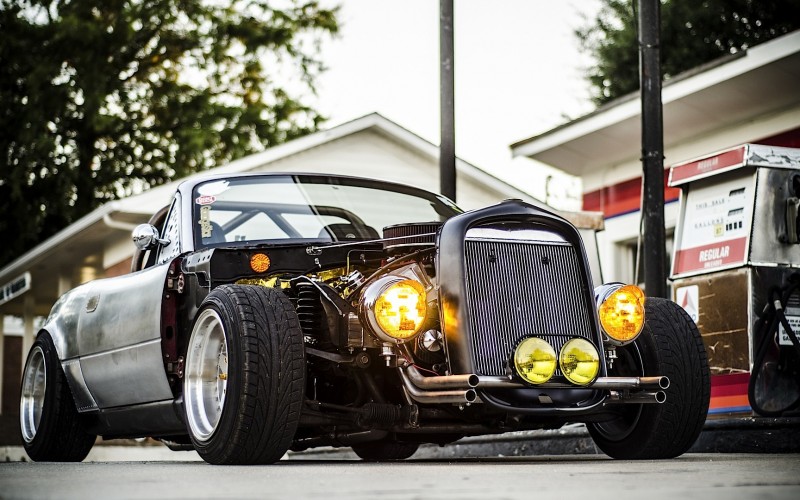 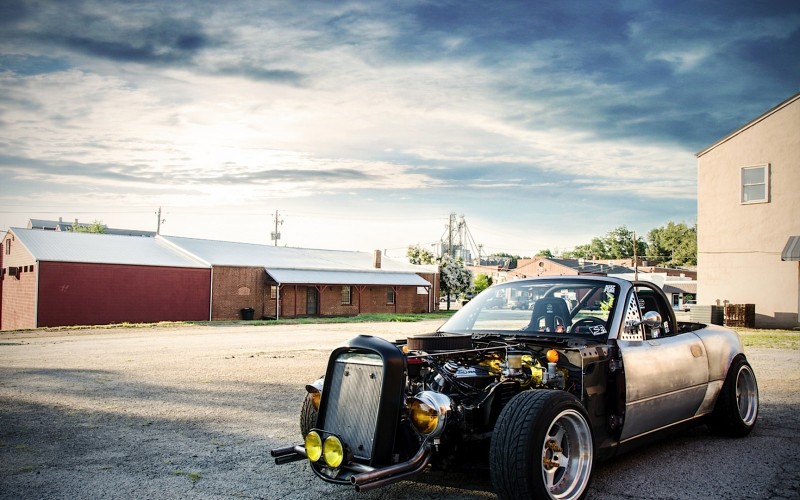 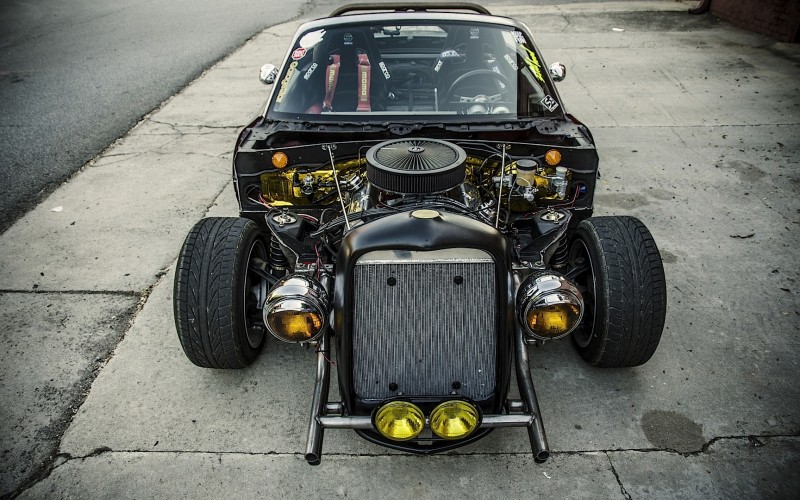 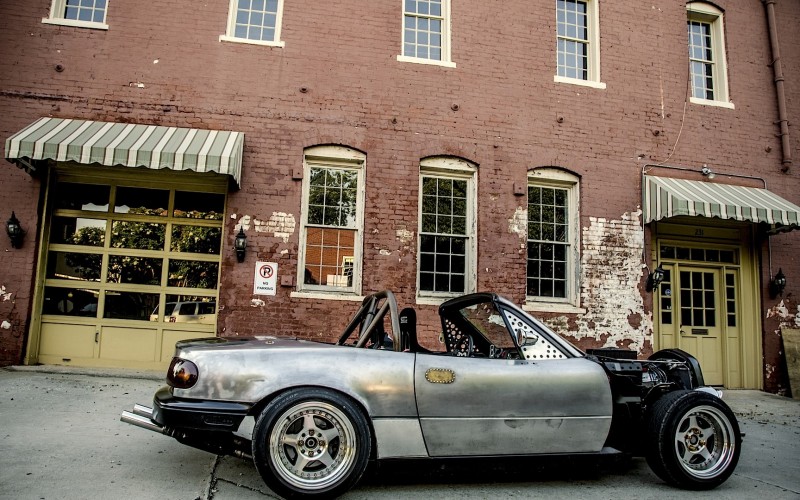 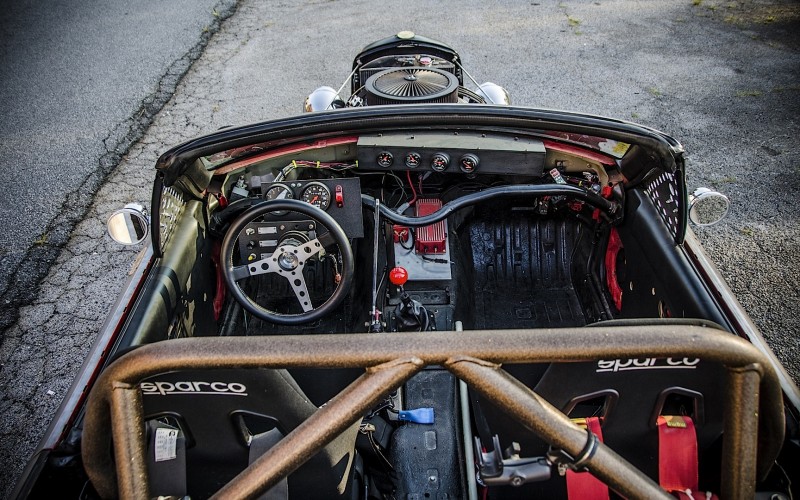 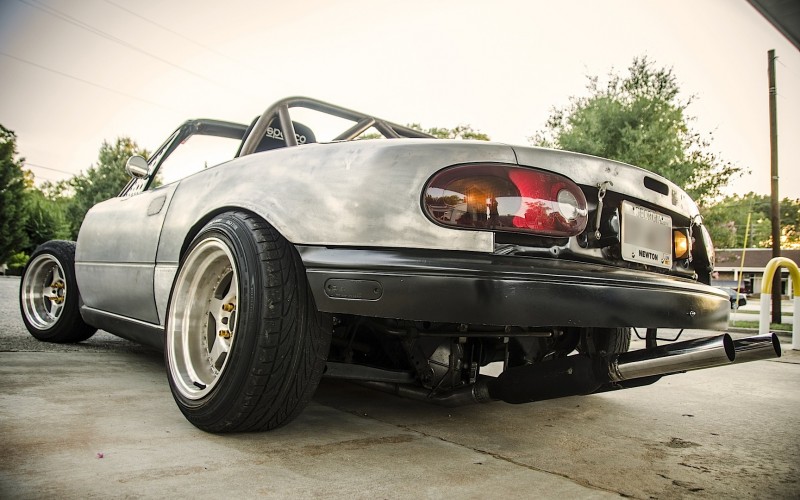