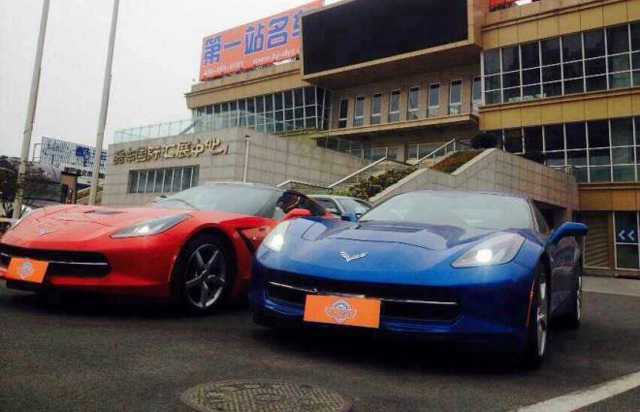 Fans of the Chevrolet Corvette C7 in China will have to pay as much as $282,000 USD on the grey market to own the new Stingray.
Despite rumors of availability in China, General Motors still isn’t selling the new Chevrolet Corvette in the People’s Republic so those eager to own the C7 will have to resort to the grey market. As a matter of fact, a red and blue grey import Corvette Stingray duo recently arrived in China and they cost quite comfortably more than five times what the Corvette does in America. The red example has an asking price equivalent to $282,000 while the blue example is going for $273,000. By comparison, an entry-level Corvette can be purchased in the U.S. from as little as $53,000! 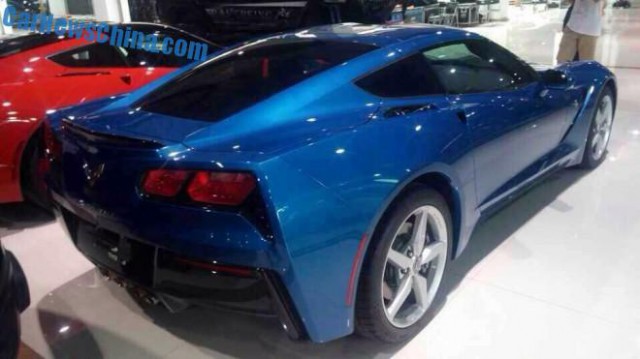