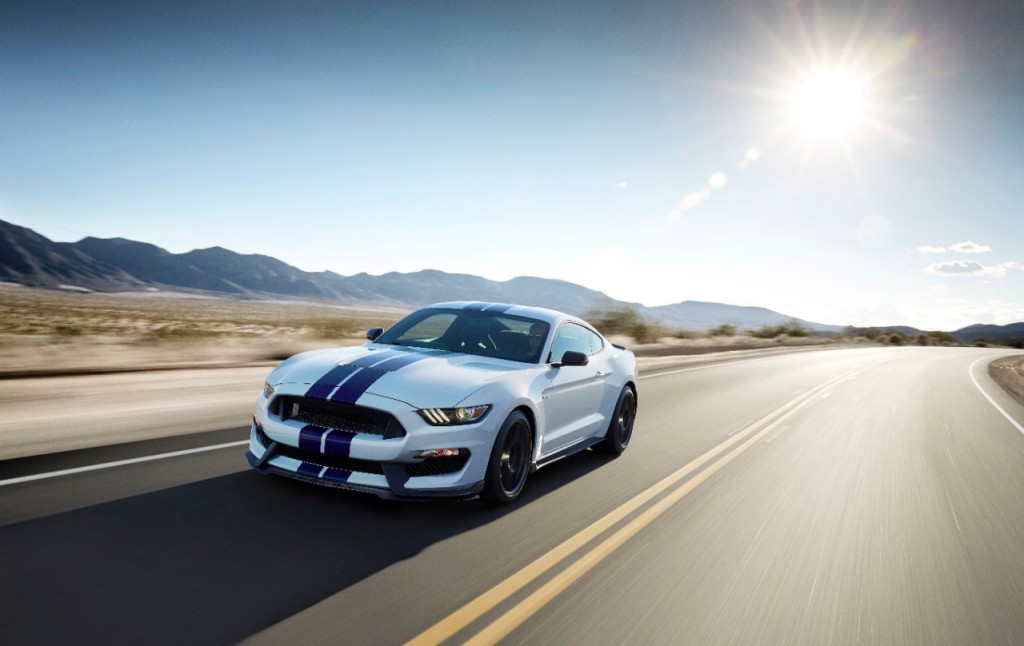 Based on the all-new sixth-generation Mustang,the 2016 Ford Mustang Shelby GT350 comes with serious track upgrages.This spectacular car has been developed by Ford Motor Company’s [NYSE:F] own SVT performance division and not Shelby American.The 2016 Shelby GT350 is powered by a 5.2L V-8 engine and it’s the most powerful naturally aspirated Ford production engine ever.Unfortunately the power and the torque ratings are unknown but it’s confirmed that the new top pony can make 500+ horsepower and more than 400 ib-ft of torque.And that engine comes paired with a six-speed manual gearbox.As for the dynamics,this is Ford’s 1st application of the MagneRide magnetorheological suspension system,one is used across a wide range of performance cars and well-respected.The 2016 Shelby GT350 includes Ford-tuned Torsen limited-slip differential that can gain better traction and grip out of corners.It also includes special 19inch wheels (10.5 inches wide in front and 11.0 inches wide in back) with Michelin Pilot Super Sport tires & sidewall construction.

Brakes have been improved with big Brembo 6-piston fixed calipers & 4 piston calipers in back.The GT350 is two inches lower than the regular Mustang models while the front fascia is resculpted.The Mustang’s front end is equipped with carbon fiber composite grille opening and an front tower to tower brace.We can totally say that are many factors that affect the improvement of this model like : fender vents, an angled-forward grille, a high-pressure engine air intake, and front-brake cooling ducts. With the Track Package the 2016 Ford Mustang GT350 includes an engine oil cooler and transmission cooler as well. Furthermore we suggest to have a look at the photos taken at the private pre-show, also feel free to share with us your opinion 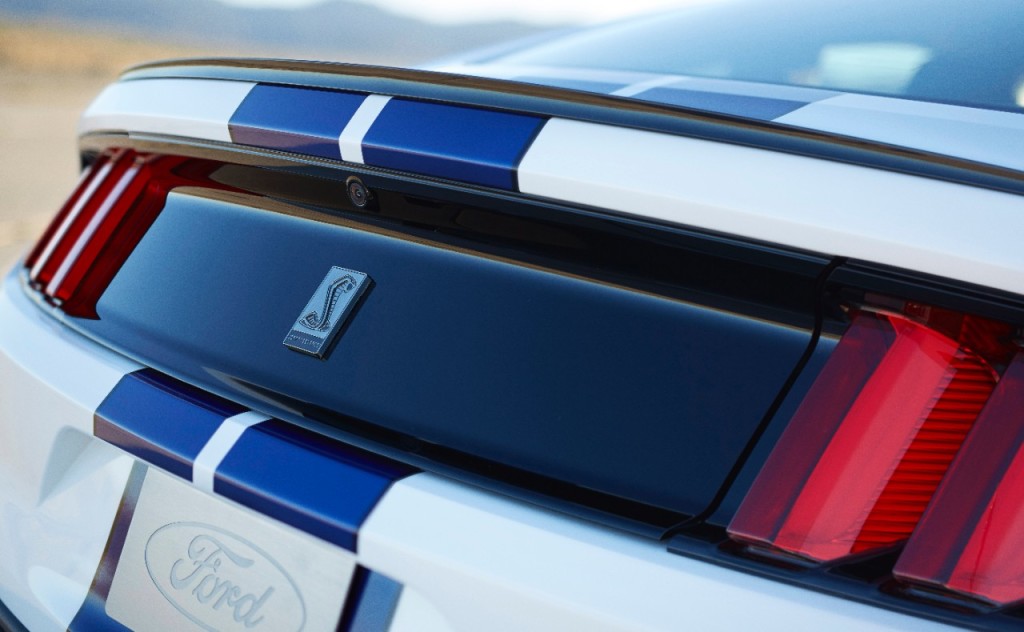 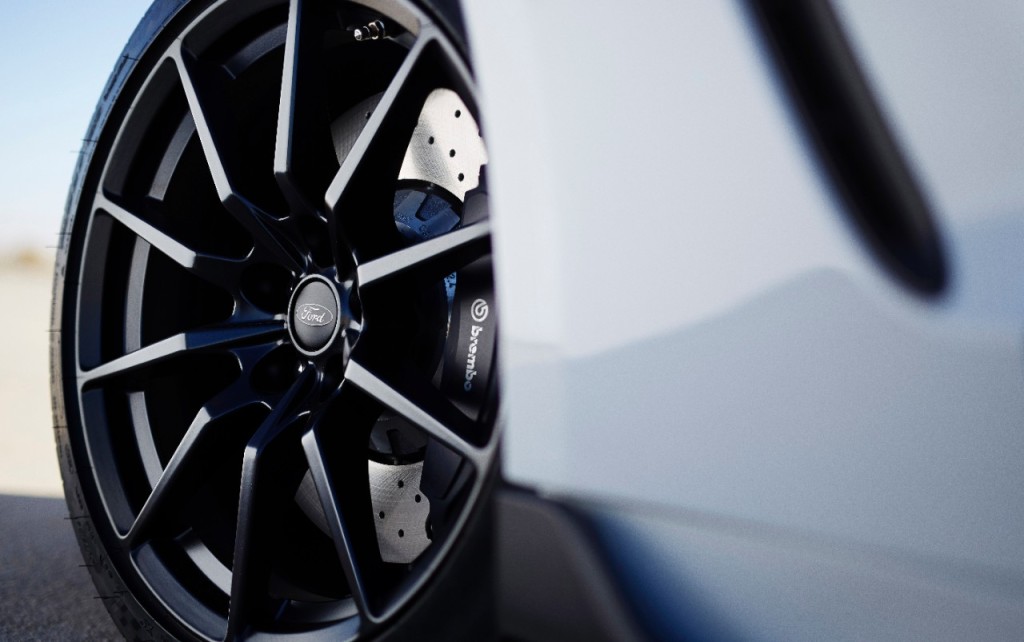 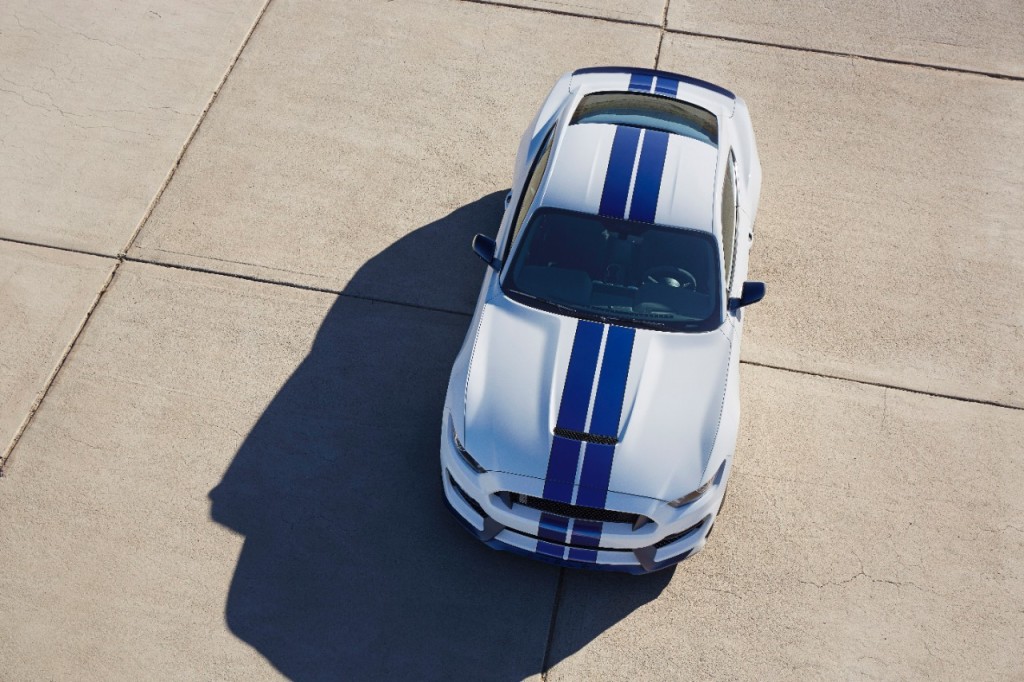