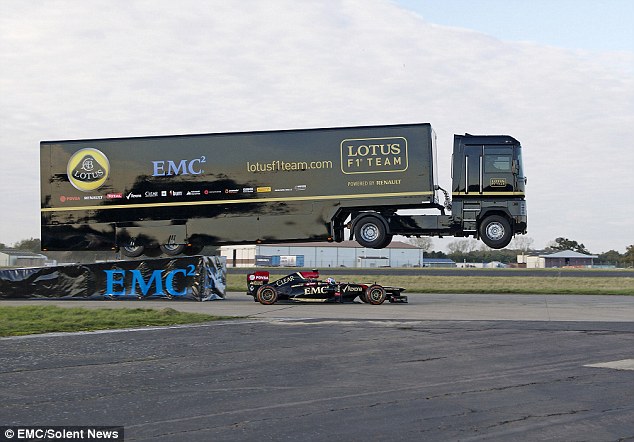 About a week ago we issued a video where a truck jumped over a Lotus F1 car.Now we know you remember for what are we are talking about.And what’s more intriguing than knowing some of the stuff we see in the movies can really happen?Now let’s have an overview of the behind scenes footage of officially record breaking truck for the longest ramp jump by a truck and trailer after achieving a distance of 83 feet, 7 inches.Behind the wheel of the Semi truck was Mike Ryan (a professional HGV stunt rider) and on the other side was The F1 one racer Martin Ivanov.

DON’T MISS FULL VIDEO: One of the Most Insane Vehicle Stunts with a Semi-Truck Jumping over Formula 1 Race Car!

Just in case you don’t know ,both drivers have worked before as stunt drivers at Fast and Furious series,James Bond and Bourne films.Furthermore we suggest to watch behind the scenes footage of how the stunt was put together in one spectacular performance. Also feel free to share with us your opinion