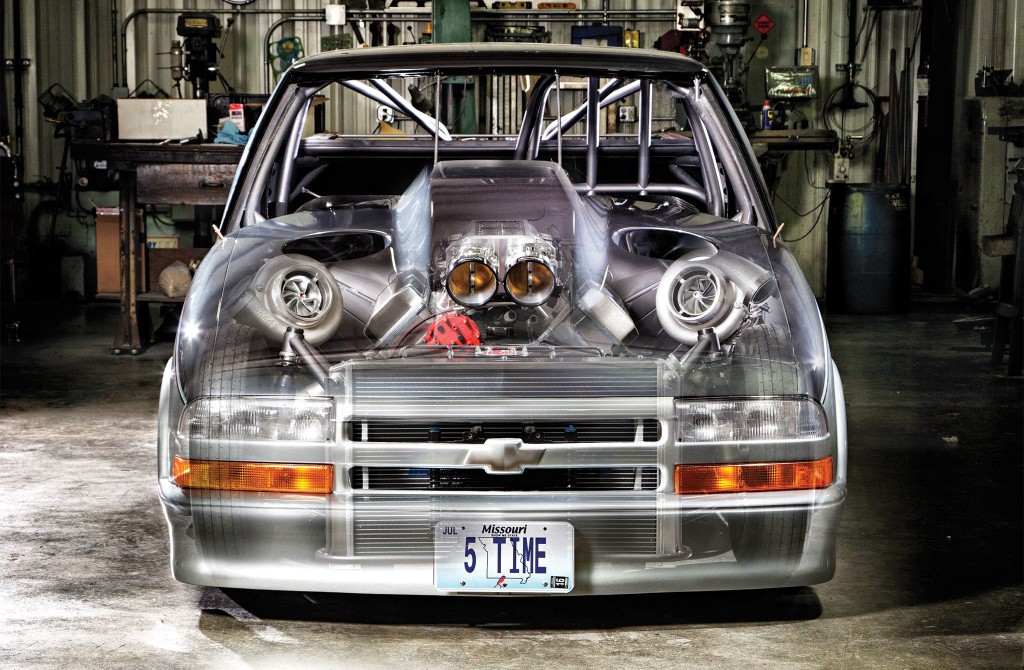 A few days after the 2013 Drag Week™, David Freiburger, Mike Finnegan, David Kennedy and Larry Larson decidet to combine forces, and create something mad for the next season. So, they took a 1998 Chevrolet S-10 for their project bought for only $400. So, they fit a Pro Mod SFI 25.2-rated chromoly tube chassis. 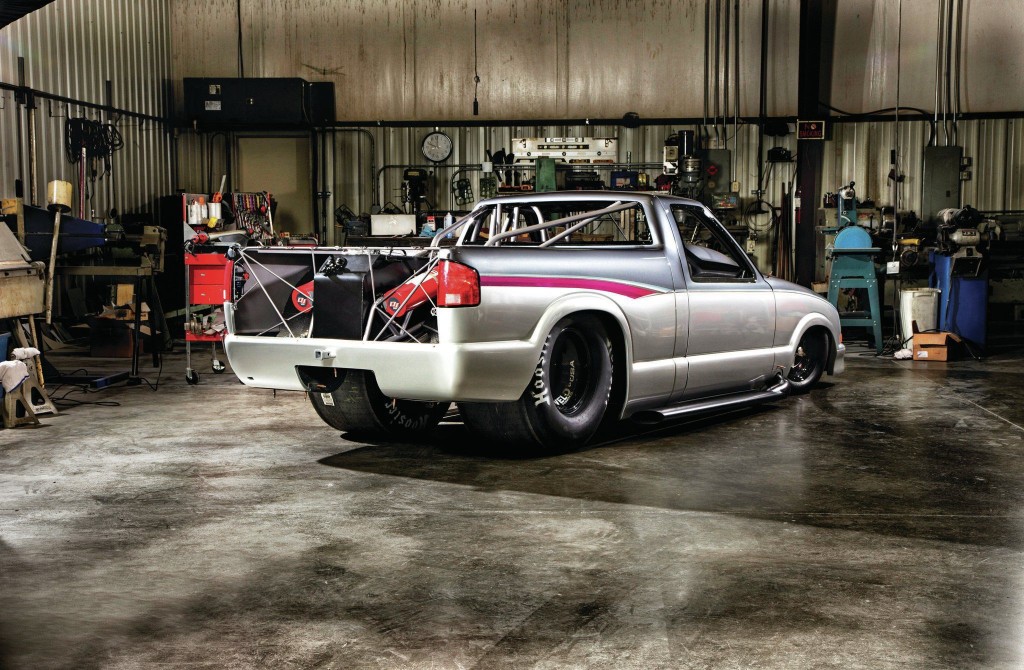 Their vision was to was to build something that “could run Drag Week™, run 250 mph in the standing mile, and maybe something could take to Bonneville and run 200 mph with.
So, it all begin in january 2014 with a larger extended-cab S-10. But, as a few of you could know, a car project is full of problems. Here it is the first one. But when Larson got the truck torn apart and started mocking up the wheelbase, engine set-back, and driver location he said “Everything was going to get really funky—the motor would have been back underneath the windshield.” So Larson backpedaled and looked into the regular-cab S-10, which would let him keep the engine out of the driver’s compartment.
Then, Larson reworked the factory fenders to weigh about 8 pounds each. He ordered a Pro Stock truck composite front clip, hood, and doors from Hairy Glass out of Jacksonville, Florida, and reworked them to package S-10 headlights and signal lamps. 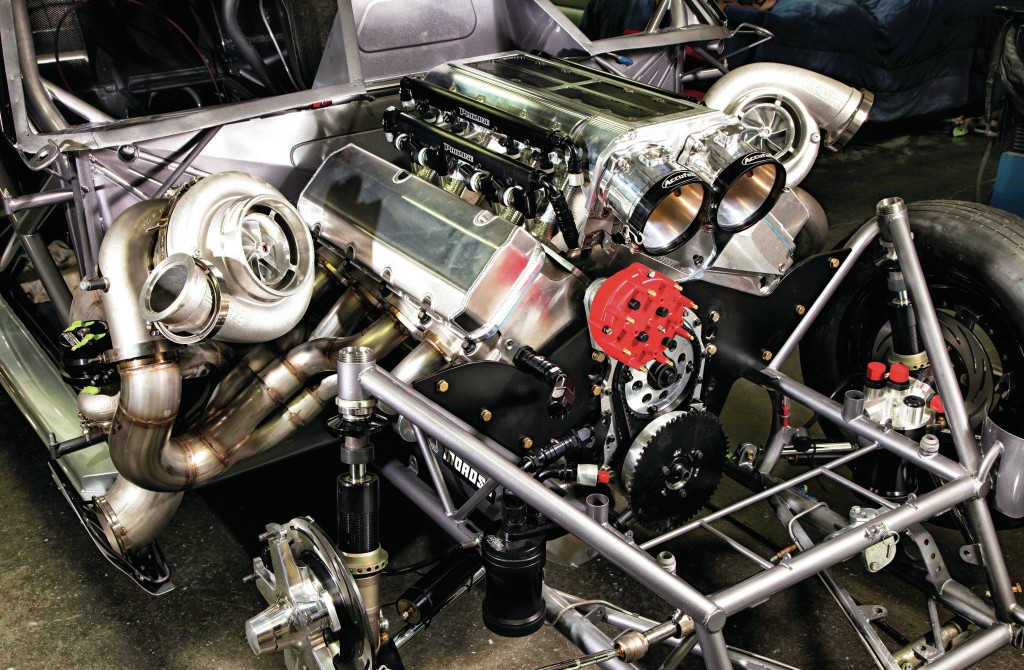 The power in the S-10 comes from a Pro Line Racing–built 620ci, 5-inch-bore-spacing, Brodix big-block-Chevy-based, aluminum engine with Brodix heads and twin turbos. Power estimates put it above 2,500 hp on alcohol.
On the table below you will see a full list of what’s inside the engine: 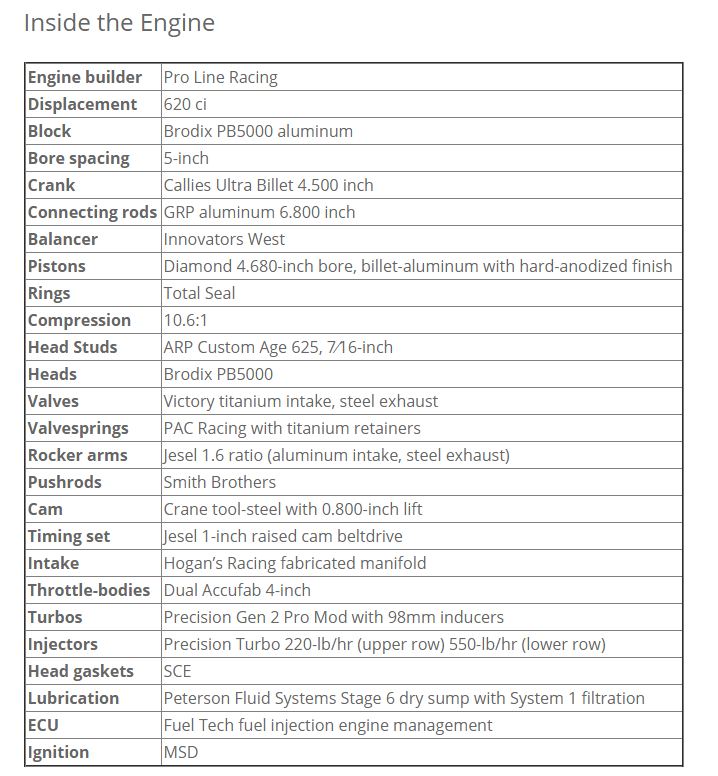 After Drag Week™, the truck went back to Larson’s shop and the engine was sent to Pro Line Racing to see how everything held up. The truck was then off to Las Vegas in the beginning of November to be displayed at SEMA. Then, Larson run at the PSCA Streetcar Supernationals in Las Vegas on November 20–23, 2014, where the truck was likely to break into the 5s for the first time.
But, what does it took transforming it from Street To Track?
To get the truck down to its 2,799-pound race weight, Larson exploited every mass savings he could without compromising the truck’s street-driven reliability.
Part of that plan meant the S-10 would go through a conversion every day before it ran on the track. “If we had been there with some sleep, we could have probably gotten the transformation down to less than an hour and a half” Larson said. It took twice that long. 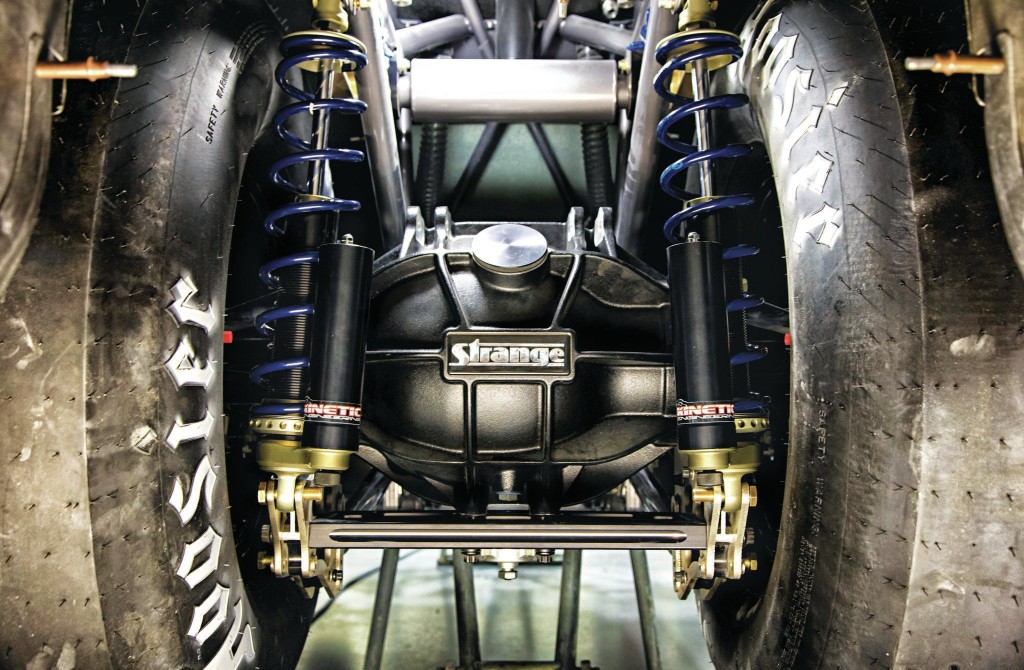 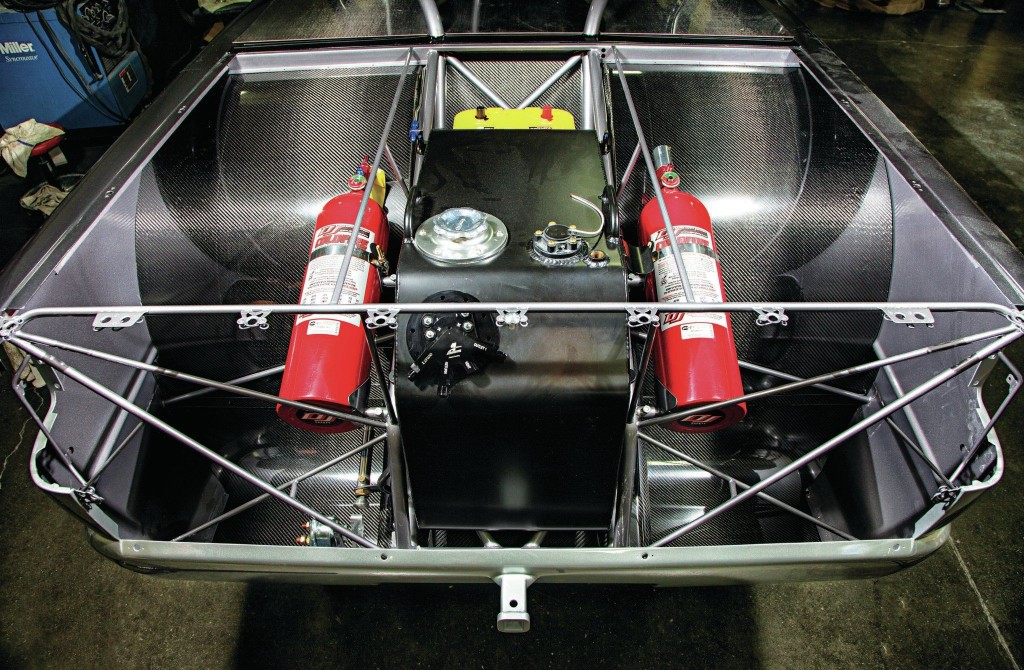 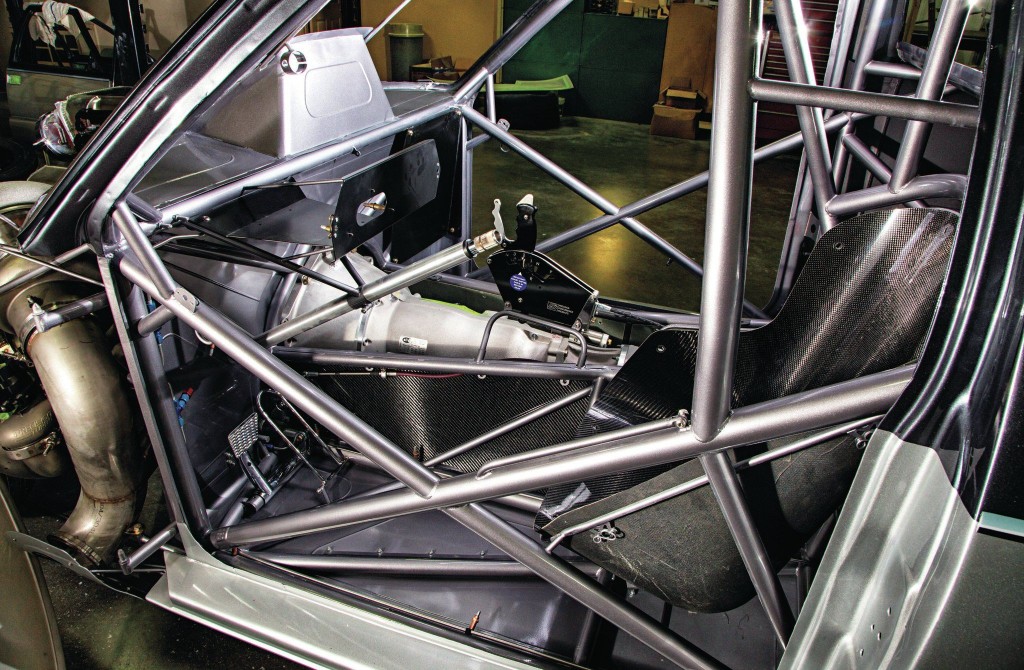 Below you will see a list of the things they changed to go from street to strip:

The steel doors came off and carbon-fiber doors with fixed windows went on.
Radiator, transmission cooler, and the electric fans came off.
Rear gasoline fuel tank, pump, and filters came out.
Methanol added to methanol tank.
Side-pipe exhaust came off.
Tires and wheels were swapped out.
The dash and passenger seat came out.
The rear shocks were swapped out.
Grille taped off.
Here you can see a short video of their final work: