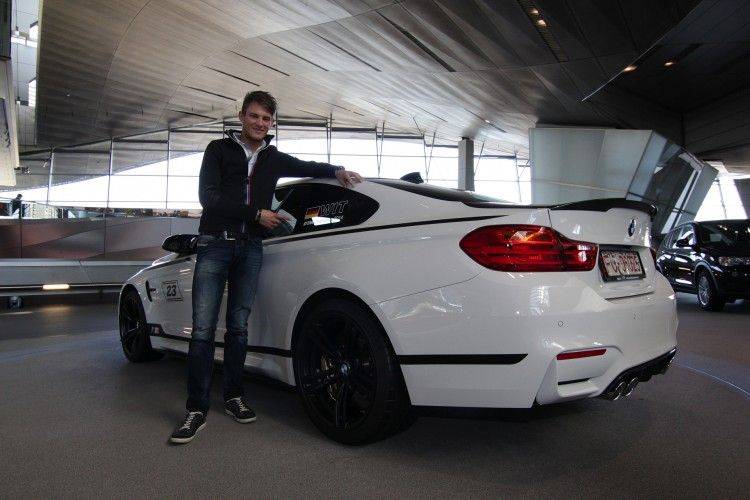 Marco Wittmann was at BMW Welt in Munich on Friday to pick up his BMW M4 DTM Champion Edition. BMW M GmbH designed this edition of the BMW M4 Coupé in honour of the 2014 DTM champion. In a tribute to the Ice-Watch BMW M4 DTM, the Champion Edition is offered exclusively in Alpine White.

The model was modified at the BMW Individual factory. The matte-black bonnet and boot lid with the eye-catching stripe design display close links with the victorious BMW M4 DTM. Added to the mix are an M kidney grille with orange surround, an M logo rearwards of the front wheel arches, the number 23 on the doors and the flag along with “WIT” and “DTM Champion 2014” lettering on the rear side windows. 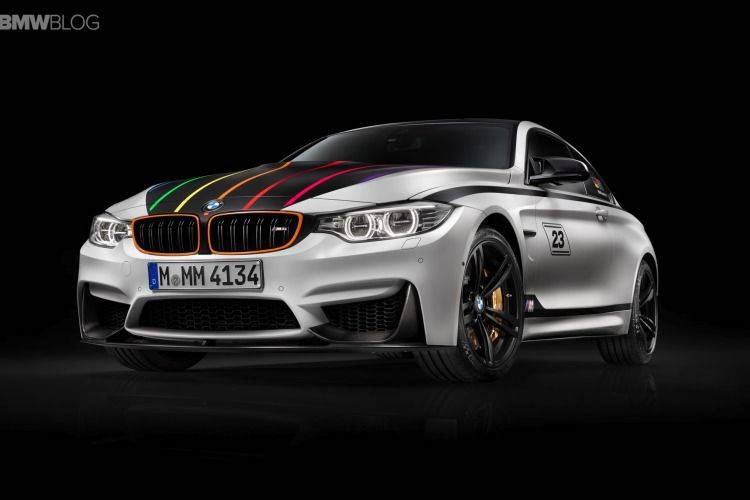 The same carbon fiber roof as used on the production model and black character lines down the side underline the relationship between the production car and the racing car. The BMW M4 DTM Champion Edition is also fitted with 19-inch light-alloy wheels, a black front splitter, a black side skirt blade, carbon front flaps, carbon mirror caps, a rear spoiler and a carbon diffuser insert from the M Performance Parts range. The Champion Edition underlines its exclusivity once again when you step inside. The door sill plates bear Marco Wittmann’s autograph, while carbon interior trim strips – likewise signed by the 24-year-old from Fürth, Germany – feature “DTM Champion 2014” lettering and the car’s serial number.

Only a limited number of this edition are available: in keeping with Wittmann’s number from last season, only 23 of this exclusive premium sports car have been made. Each model is numbered consecutively. The cars were ordered by BMW M customers all over the world, and were out of stock within no time at all. Anyone who bought this special edition is also entitled to a training session on the Nürburgring-Nordschleife (DE), at which Wittmann will be on hand to offer the BMW M customers valuable advice on how to keep the car perfectly under control. 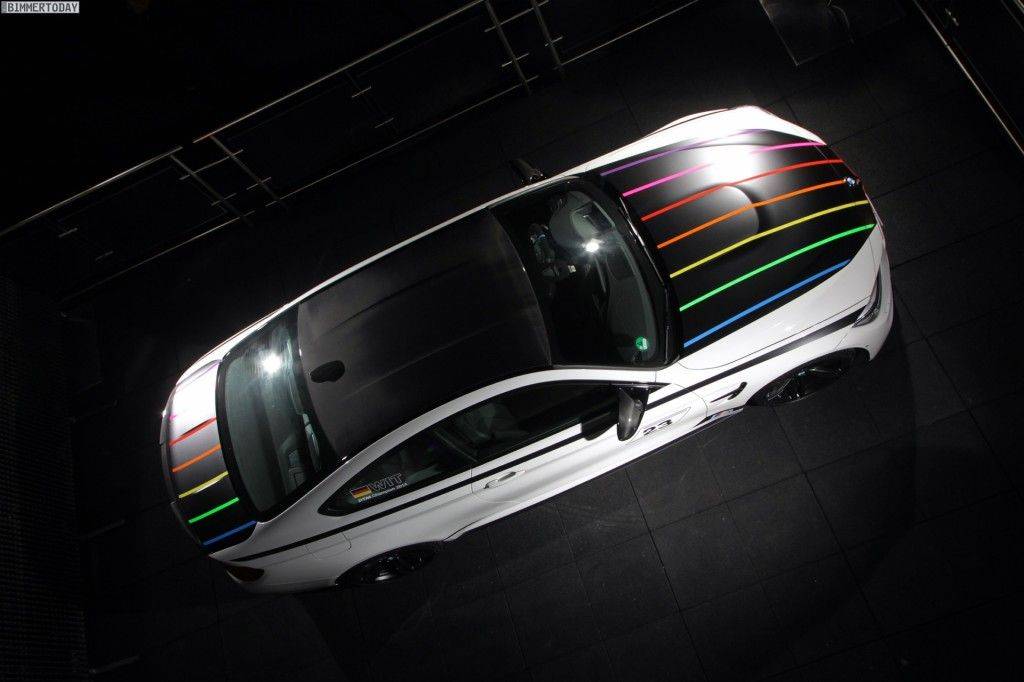 Marco, does it bring back memories of your title win when you look at the BMW M4 DTM Champion Edition?

Marco Wittmann: “It is very special for me to be able to drive every day in a road-going version of the BMW M4 Coupé in the same design as my DTM car. The car is like a collector’s item for me. I will definitely drive it, but only in the summer and to special occasions. After all, the BMW M4 DTM Champion Edition is the icing on the cake at the end of an outstanding 2014 season. The car looks fantastic. The colours and stripes radiate a dynamic that suits me perfectly. It was a great feeling to drive the first few metres in the car. It goes without saying that moments like that bring back memories of crossing the finish line at the Lausitzring. That was the greatest success of my career so far. I will never forget that day.”

Could you ever have dreamt that somebody would one day build a car in your honour?

Wittmann: “No, I would never have thought it possible. It is a huge honour that BMW M GmbH dedicated a car to me. Particularly as there are only 23 models of this premium sports car available, in keeping with my start number last season. It is hard for me to imagine that only 23 people in the world have the pleasure of owning this car. And I am one of them. That is crazy, and something I am extremely proud of.”

Bruno Spengler was given a BMW M3 DTM Champion Edition after his title win in 2012. How does it feel to now be driving your own model?

Wittmann: “I was the test and development driver for BMW Motorsport back then, and had a front-row seat as Bruno won the 2012 DTM. I thought it was a fantastic gesture from BMW M GmbH to present him with his own car. Two years later I was able to repeat Bruno’s success. And now I have actually received my own Champion Edition. At least I can now join in the conversation when Bruno is waxing lyrical about his black BMW M3.” 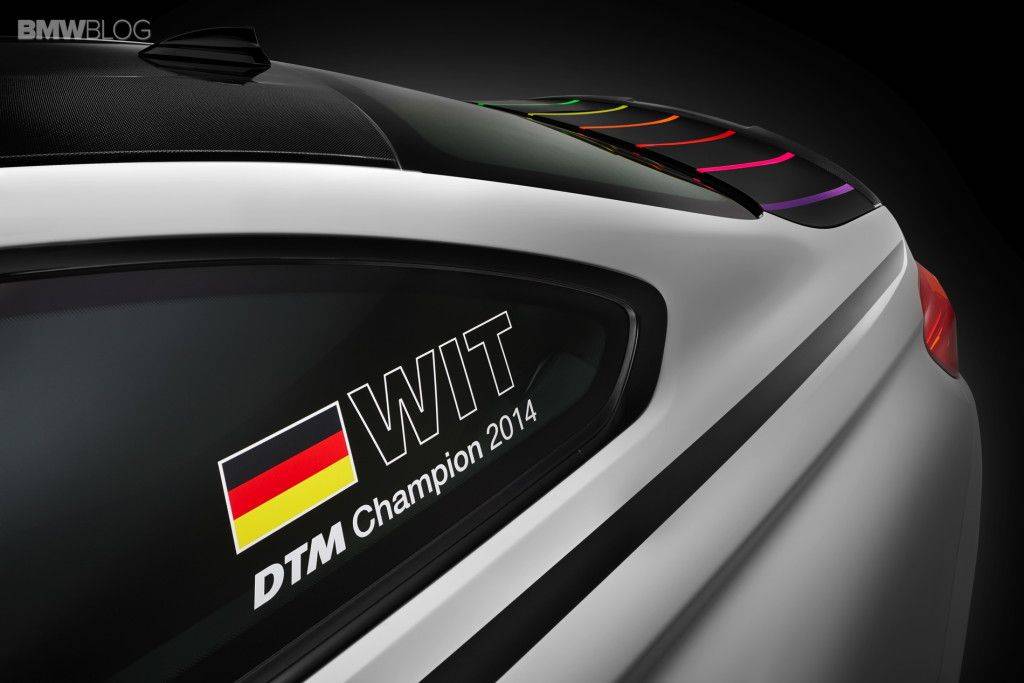