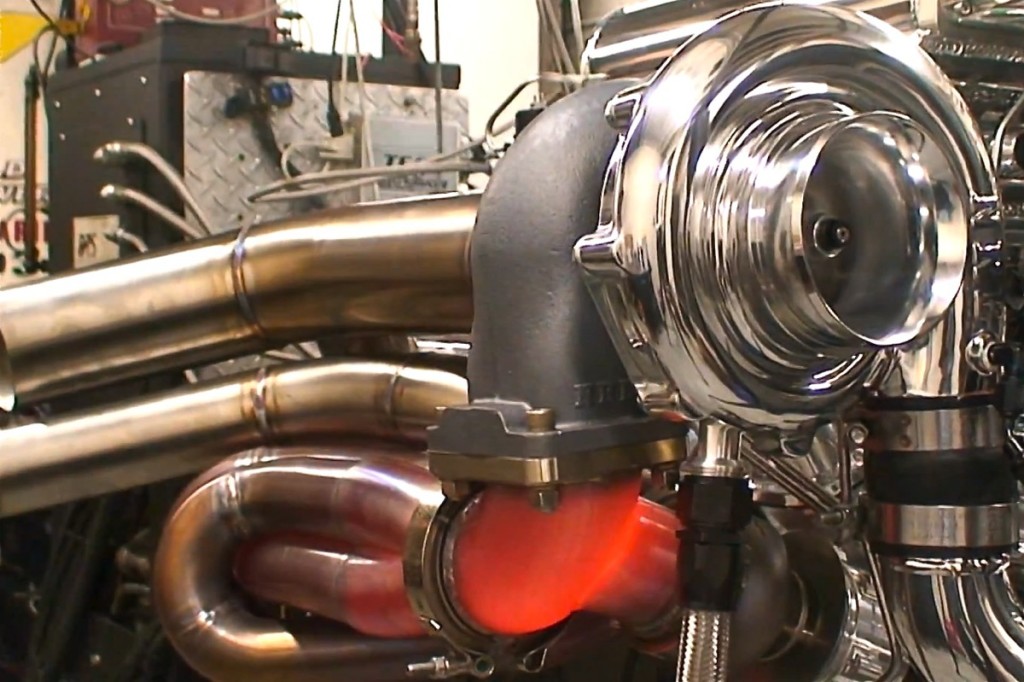 We all know that Nelson Racing Engines are best known for their extraordinary power and their scary dynos,but this Ford 428 cubic-inch Windsor small-block had to look beautiful as well. “Aesthetics were just as important to this owner,” says NRE boss Tom Nelson.As you can see from the pictures this amazing piece of machinery is beyond perfection.This engine is based on a Dart block and features the unique Alien intake with an anteater snout (designed by NRE) was by sandwiching an air to water intercooler between the plenum & runners.“It’s going into a ’32 roadster and there’s just no room for any kind of intercooler,” he says . “So that’s why we put the intercooler in the intake. Now there’s nothing blocking the radiator.”The intake features twin injectors per cylinder with NRE’s octane-on-demand feature.That fuel system is equipped with a pair of twin fuel tanks, one with 91 octane and the other filled with 116 race gas. An Electromotive ECU is responsible for the fuel metering. “It has a second table set up for the secondary injectors. It reads the same MAP signal, rpm and other inputs,” says Nelson. “The second it starts to get into boost, it turns on another fuel pump and transitions the second injector.” And now for the most interesting part,boost is generated by a pair of NRE 72mm mirror-image turbos. This mirror-image turbos are complimented by headers & exhaust pipes that are symmetrical right down to the welds. “Chad Waite did the exhaust, and his work is really trick. We spent a lot of time laying out the tubes to get that look,” “Rudy Martinez also fabricated all the hard lines on the engine out of stainless. He’s real particular about how they look on the engine.” With ten pounds of boost the engine pulled 818 horsepower @5,800 rpm. Add another 9 pounds of boost and the Ford made around 1,142 horsepower at 6,000 rpm, and it was still climbing.
“That turbo combination with that motor can go to the 36 pounds, if you want to go nuts,” claims Nelson. “In that car, however, it’s not going to matter to go more.”
Feel free to share with us your thoughts
Source: Enginelabs.com