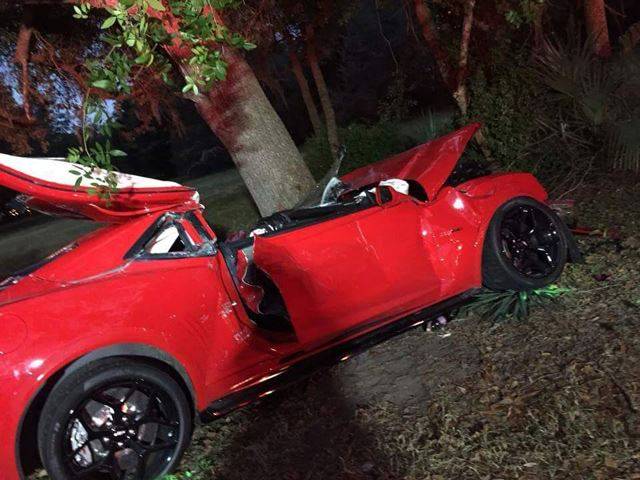 Unfortunately we have bad news from the car that was named by Motor Trend as the Best Driver’s Car of 2014,and yeah you guessed that it’s the new Chevrolet Camaro Z/28.This car is known for it’s specs already. As for the record , the Z/28 can lap the Nurburgring faster than the 911 Turbo S. That’s pretty awesome,but now we learned that this particular Z/28 is crashed and totaled in Florida.Definitely not a lucky car. Luckily both driver and passenger survived with unknown injuries. Feel free to share with us you opinion.