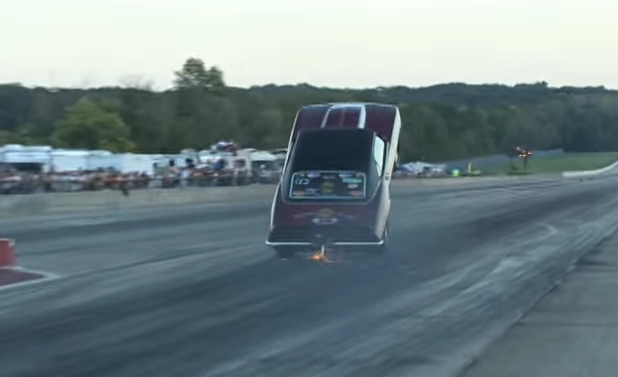 Here’s the 1969 Camaro pulling some massive wheelies at the World Power Wheelstanding Championships held each year at Byron Dragway. Looks like these guys got the power to bounce this beast off the bumper twice.Of course the engine was helped out with nitro but not in the way you think.As you will see, the botth was literally ratchet strapped into the passenger seat & the line was passed through the window and then under the hood ,into the carb. The.The creative plumbing and the nitrous bottle was added to give the car more power to carry most of the wheelies out longer.After the first action we are pretty sure you thought that they weren’t going to try that again,but they did it and it was a real madness. Furthermore we suggest to watch the video, also feel free to share with us your opinion