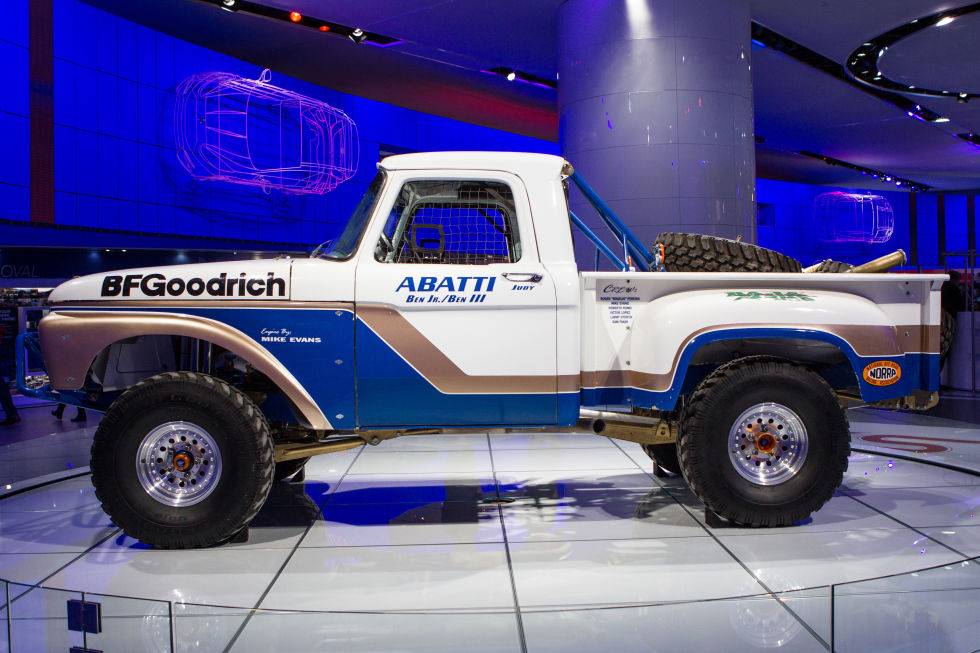 Just so you know Ford showed off 3 awesome machines at the Detroit Auto Show,the first one was the Mustang Shelby,the jaw-dropping Ford GT and the updated 2016 Raptor. But the show-stealer at Ford’s booth was this 49-year-old pickup truck.Even though this mean looking machine was placed in a corner at Detroit’s Cobo hall with nothing more than just a spotlight to draw attention to it , nothing stopped this 1966 Ford F-100 of being the center of attention there.This truck is a Baja 1000 winner and it was built by offroad racer Robby Gordon in ’87 when the truck had already 21 year of existence.He nicknamed the truck ‘’Hay Hauler’’ .Built with a classic style this, ‘’Hay Hauler’’ was one of the most powerful trucks to compete in Baja’s class 8. Furthermore we suggest to have a look at the gallery , also feel free to share with us your opinion
Photos by Chris Cantle 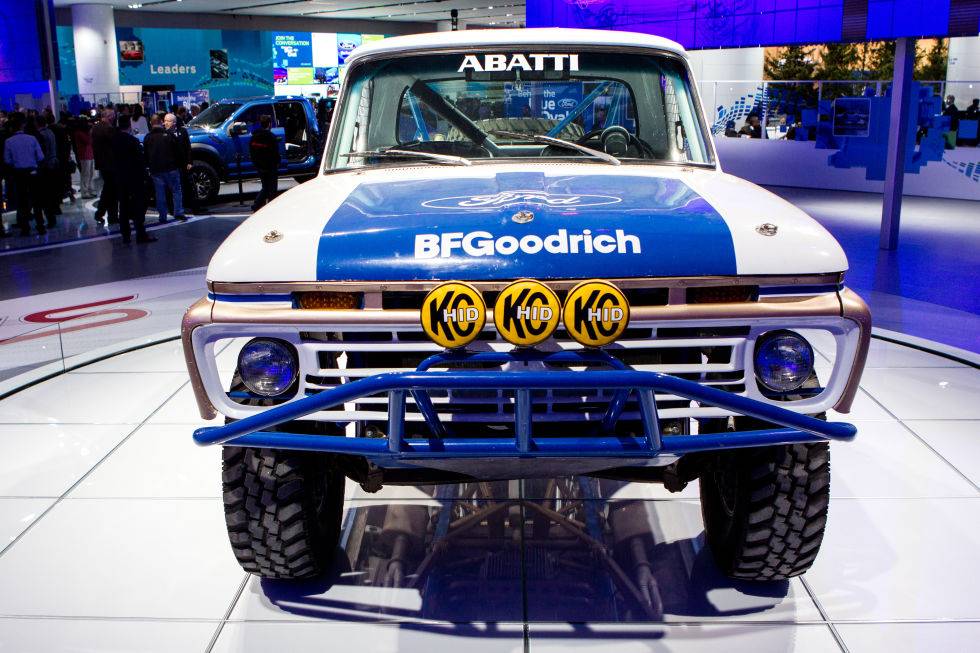 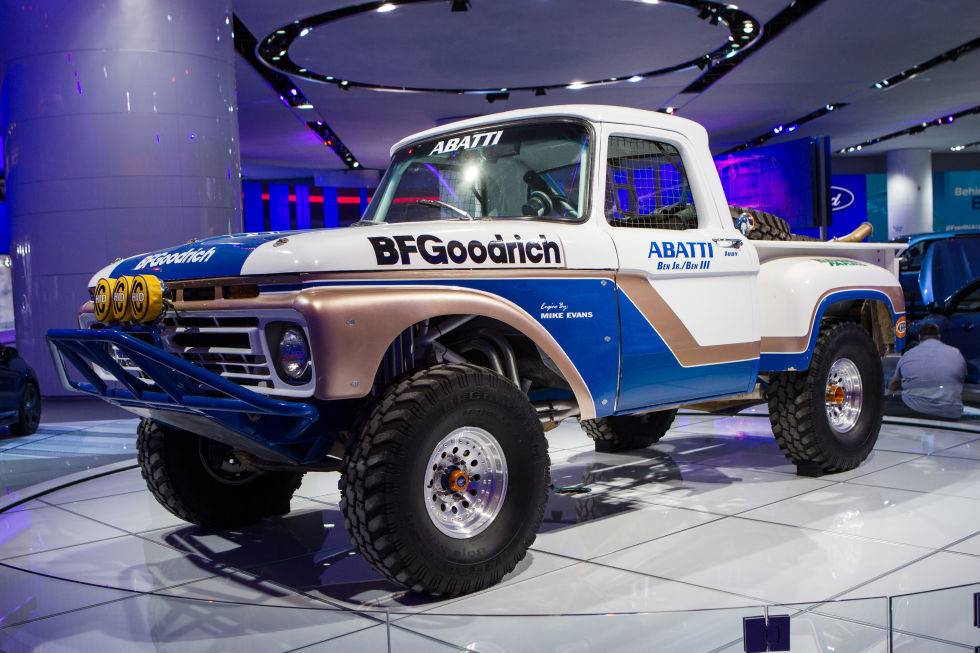 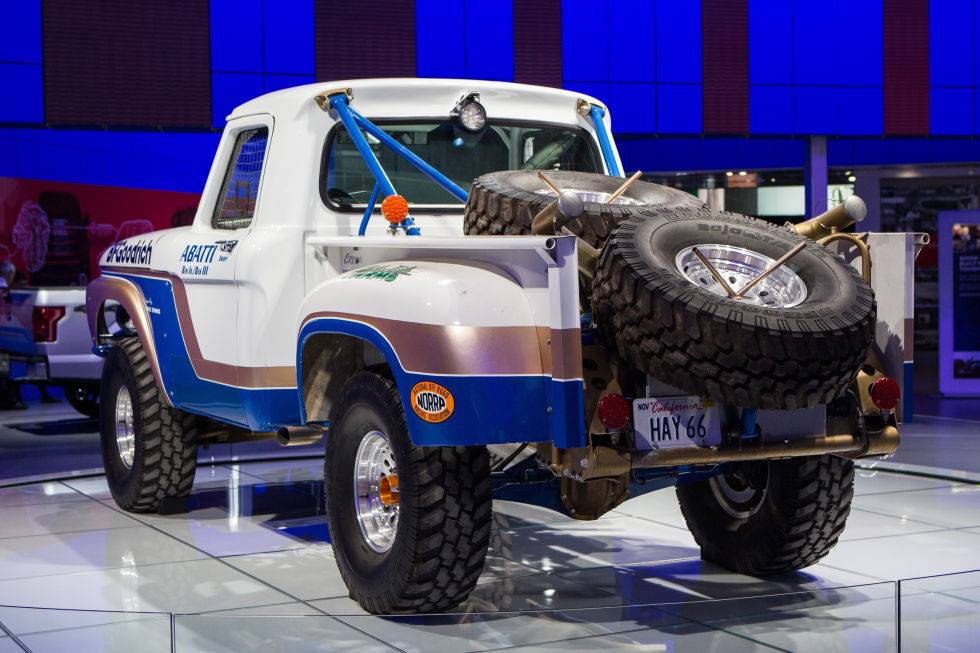