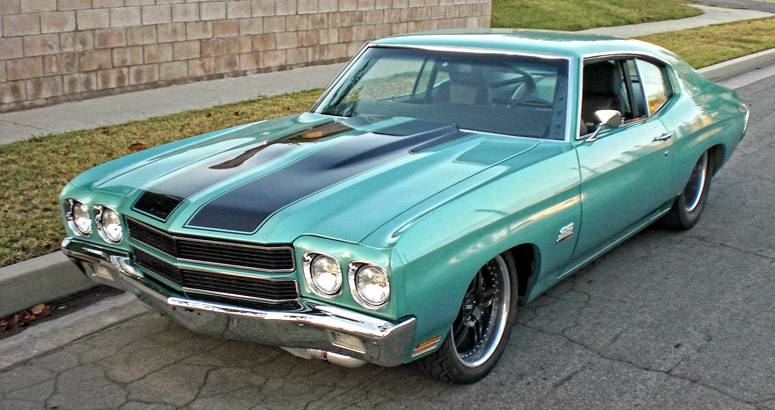 This is the ‘70 Chevrolet Chevelle that holds some freaking awesome specs.It was spotted at SEMA 2009 and it’s powered by a 6.6l Duramax twin turbo diesel that is swapped in.The idea of using a modified Duramax in this car belongs to Mike Racke which is the owner at the same time.Currently the engine combo produces 950hp and 1,700 torque and still is able to get 32mpg. With a nitrous upgrade the combo makes 1,200hp and 1,900 torque.Expect the turbo upgrades,CNC-ported heads,the rods upgraded to Carrillo steel rods & a larger solid-roller cam,the engine is mostly stock.Mike.R says “I’ve built tons of small- and big-block Chevys in my day, but I’ve never seen anything like this Duramax. 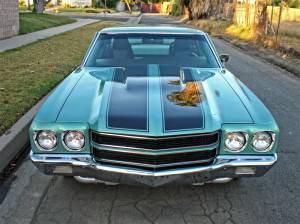 The thing is built like a tank. It’s a deep-skirt block with huge cross-bolted main caps and reinforcement webbing everywhere. There are six studs surrounding each cylinder, cast aluminum covers on the front and back of the block, huge lifter bores, and a gear-driven water pump and timing set I’m not sure what the limit is, but there are people putting 1,500 hp through these blocks.” 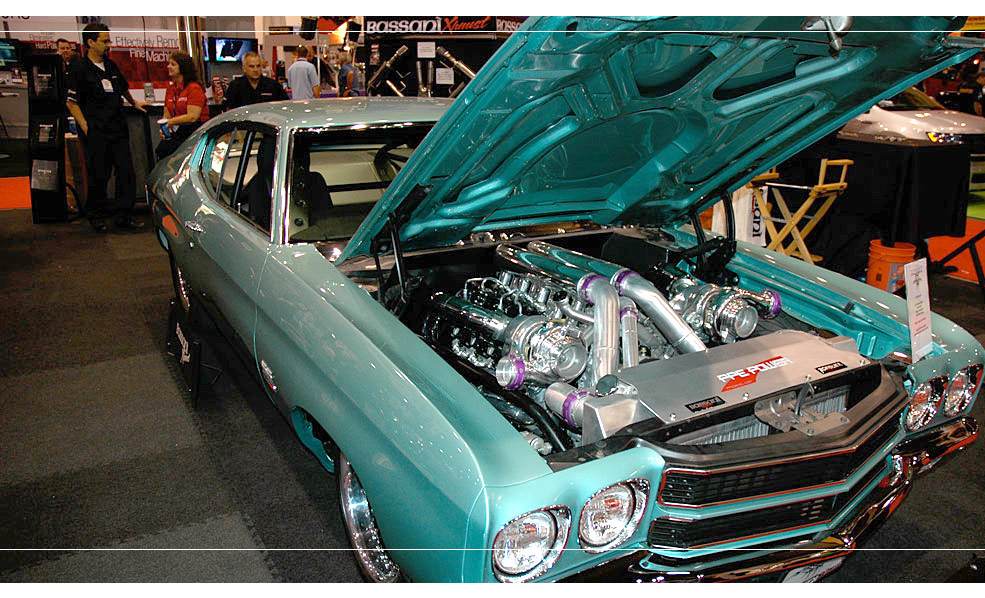 We must add, the wiring and plumbing alone took 6 months to complete. His goeal is when he gets the ’70 Chevelle to the drag strip it should reach the 9s easily.So if you’re thinking now about running a Duramax engine, ‘’Pacific Performance Engineering’’ claims you can achieve 800hp 1600torque with an upgraded turbo , basic fueling upgrades & a 4 inch downpipe on a stock duramax engine.Anyways, this project is too expensive and it will cost you around $250,000 if you want
someone to build you this project. Feel free to share with us your opinion