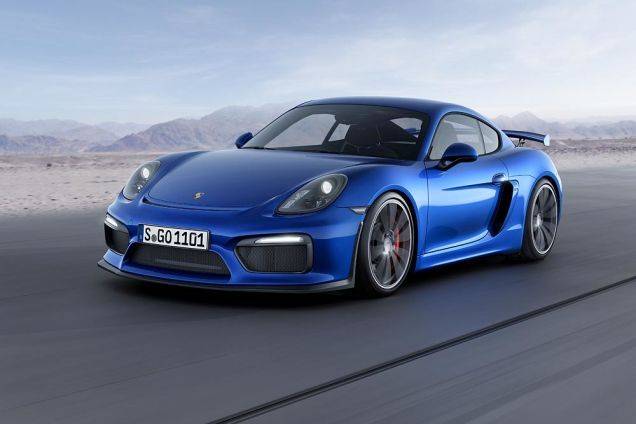 It’s always been one of the most beautiful models of Porsche but need got the attention it really deserved. Porsche concentrated the whole view on the new 911 991 series so the Cayman was left a bit on the dark!
But, look like the company did all of that for a reason. Because the new Cayman GT4 is one of the most amazing Porsche’s ever! Seriously, it’s been a long time we haven’t seen something that special on the market! So let’s find out what makes it that amazing except its look. 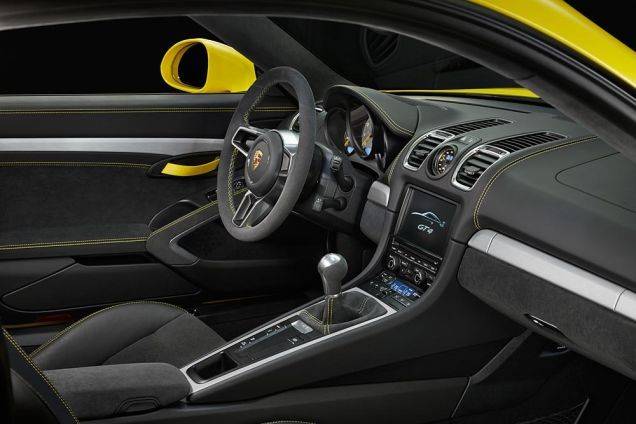 It will do 0-62mph in just 4.4 seconds, top out at 183mph, and according to Porsche, it will lap the Nurburgring in about 7 minutes and 40 seconds.
As a purist, the new Cayman GT4’s gearbox is the most special feature on the new GT4. Forget about the PDK! Sure it is in my opinion the best automatic gearbox in the world, but, nothing beats this “vintage style” manual gearbox! Seriously I was so impressed when I learned that the new GT4’s only available gearbox will be the 6-speed manual gearbox.

The GT4’s chassis is festooned in bits from the aforementioned track-focused 911. Porsche state that the GT4 shares “components and genetic spirit” with the 911 GT3. 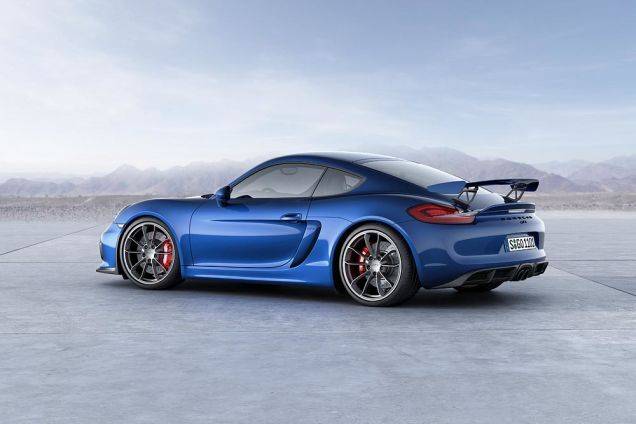 The GT4’s chassis is festooned in bits from the aforementioned track-focused 911. Porsche state that the GT4 shares “components and genetic spirit” with the 911 GT3.
The aero side of things has received a jolly good fettle, too, with three air inlets in the nose and a big wing at the back. The whole aero package is said to reduce lift while increasing downforce. 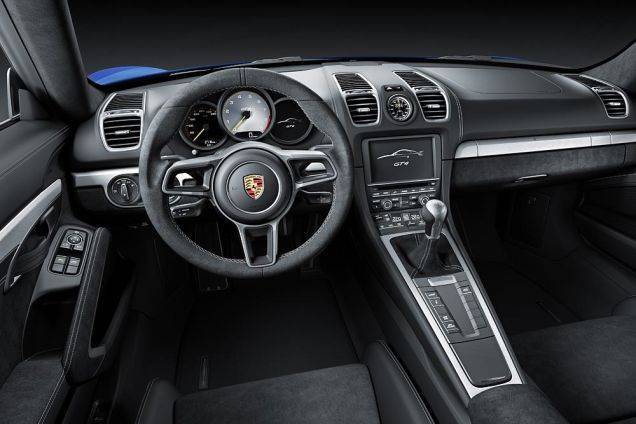 Inside, there’s a new steering wheel and a pair of Alcantara-clad chairs, but if this is not enough for you, Porsche will swap them for two super-supportive carbon fiber reinforced plastic seats. 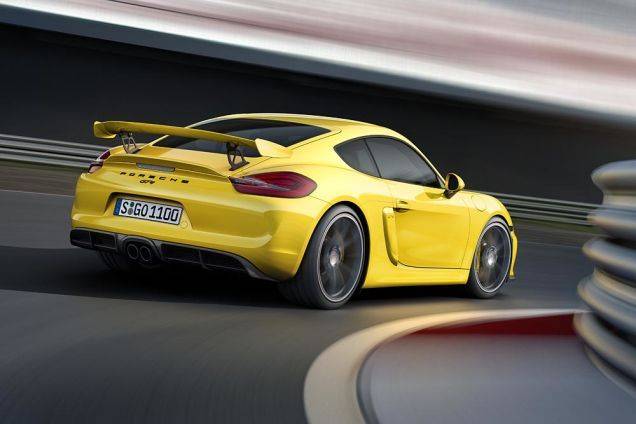 So, here it comes the hardest part of the story. How much do you have to pay to have the chance to own on these amazing GT4s? $84,600. I mean, the initial price is $84,600, but, for sure, you’ll have to pay more if the base GT4 is not enough for you! If you wish to be one of the first ones to experience it physicly, its debut is slated for Geneva Motorshow, and it is set to arrive in dealers this July.

Before ending this article, we invite you to watch EVO magazine’s interview with Porsche Motorsport boss, Andreas Prueninger.