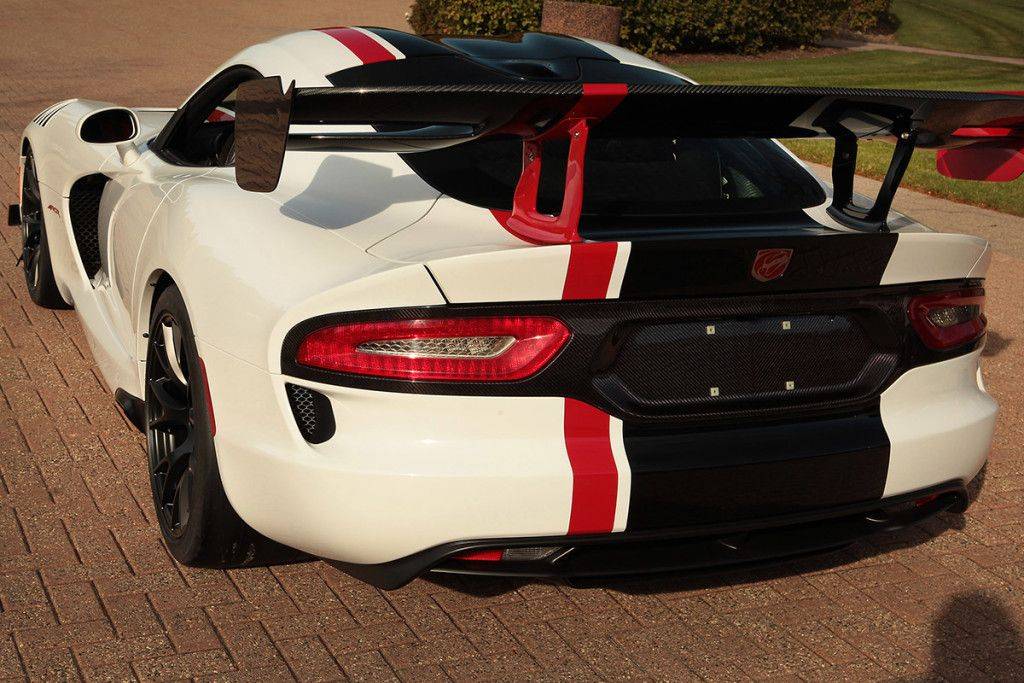 Dodge first presented it at SEMA back in november 2014 as a concept! But now, 4 months later, they have finally decided to set it up for production this July and it will be sold as 2016 model year.
The concept displayed at SEMA boasted the iconic red and black over white livery, a set of 15.4-inch carbon ceramic rotors, a carbon fiber front splitter and dive planes, and a massive rear wing similar to the one found on the previous generation Viper ACR. It is also lower than the Viper TA, so we wouldn’t be surprised to find some new suspension bits as part of the package as well. 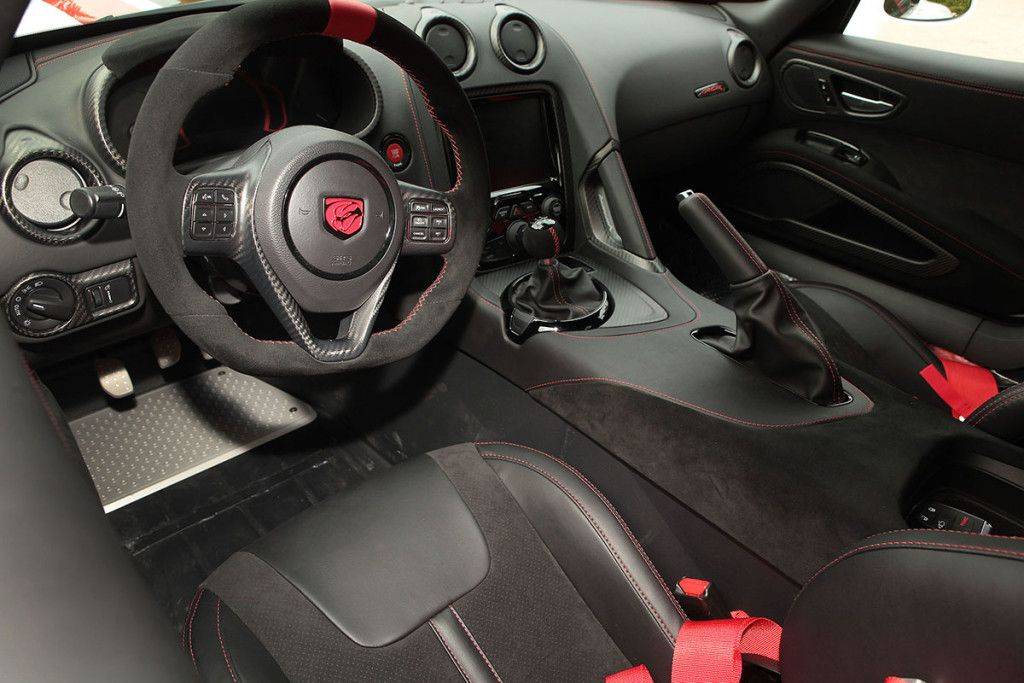 Inside, the Viper ACR Concept was swathed in Alcantara, while the air conditioning, carpet, sound deadening material and stereo were tossed for weight savings, and competition-spec racing harnesses were fitted.
It’s still unknown if the Viper ACR will receive a bump in output from its already formidable 8.4-liter V10, which currently produces 645 horsepower and 600 pound-feet of torque/813 Nm, but as one the biggest competitions ever have started inside American Muscle’s world, we think that there’s no doubt that its new engine will be capable to produce moren than 700 HP.
Let’s keep calm the moment Dodge will reveal new details about the amazing all new Dodge Viper ACR. 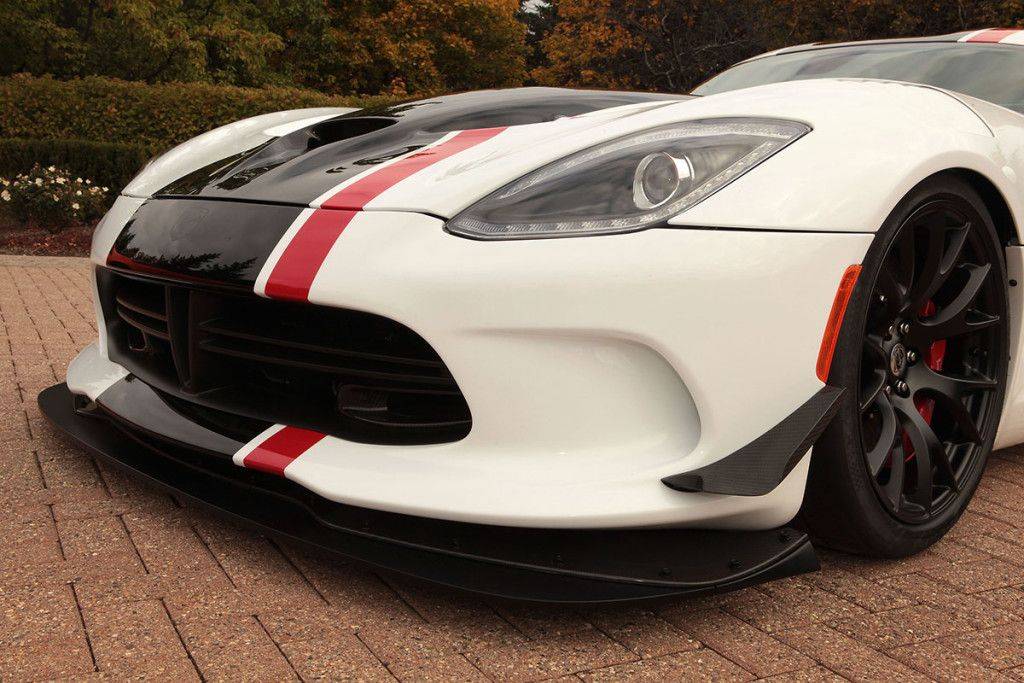