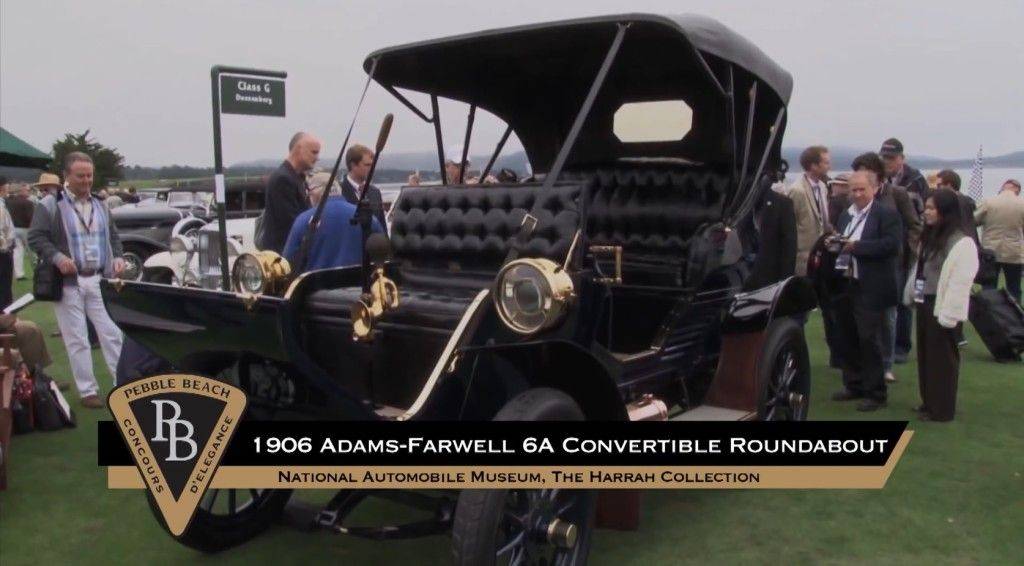 Meet the one-of-a-kind Adams Farwell engine.This engine is one of three existing Adams Farwell engines,the only one left that was build in 20th century.The engine’s structure is very simple so it’s easy to repair it and according to the company the entire engine could be disassembled and removed from the car in just 1 hour.This engine is a 4-stroke engine that used a frame mounted vertical crankshaft,upon which the horizontally mounted radial engine rotated.This is not a usual 4-stroke engine,the rotation of this machine assists on cooling the fins that are cast into the cylinders.The 5-cylinder is able to achieve 50hp because of the use of a 5,500 inch bore & 5,000 inch stroke.Another thing to mention,one interesting feature of this great piece of machinery is the variable compression valve,which permitted compression to be relieved during the starting sequence to ease the cranking process.The crankcase consisted of 2 discs that sandwiched the cylinders,reducing size & weight.The top disc incorporated the intake pipe, while the bottom disc served as a mount for the beleved gear that carried the power to the transmission.
Furthermore we suggest to watch the video,also feel free to share with us your opinion