If you’ve had a safe and relatively uneventful motoring life, there’s a fairly good chance you haven’t bothered to think twice about the never ending guardrails which line our highways. The only time most of us ever do acknowledge their presence is when we’re about to drive into them; which unfortunately happens quite often.
Guardrails serve a simple purpose; keep vehicles which have wandered astray from driving off the highway, while absorbing the forces from their collision. These guardrails become more complicated, and frankly more deadly, due to the fact that they need to start and stop at some point. As you can imagine, the starting point for a guardrail can do serious damage if hit head on, impaling the vehicle like a spear. For this reason, engineers have developed several clever solutions to avoid such a catastrophe.

1. ET-Plus
Designed and developed by the Texas A&M Transportation Institute and manufactured by Trinity Highway manufactures,

2. Slotted Rail Terminal
Simpler than the ET-Plus system, the slotted rail terminal starts off angled slightly away from the road, and is designed to bend out of the way of the driver when hit. The guardrail has four weak points which allow the guardrail to bend away from the vehicle in a predictable manner, absorbing the impact.

3. Wyoming Box-beam End Terminal
Rather than using guardrails built out of conventional “W-beams”, the Wyoming Box-beam end terminal uses a series of collapsible boxes. When the rectangular metal plate at the terminal end is hit, the boxes in front of the steel plate collapse, slowing down the vehicle and bringing them to a safe stop. 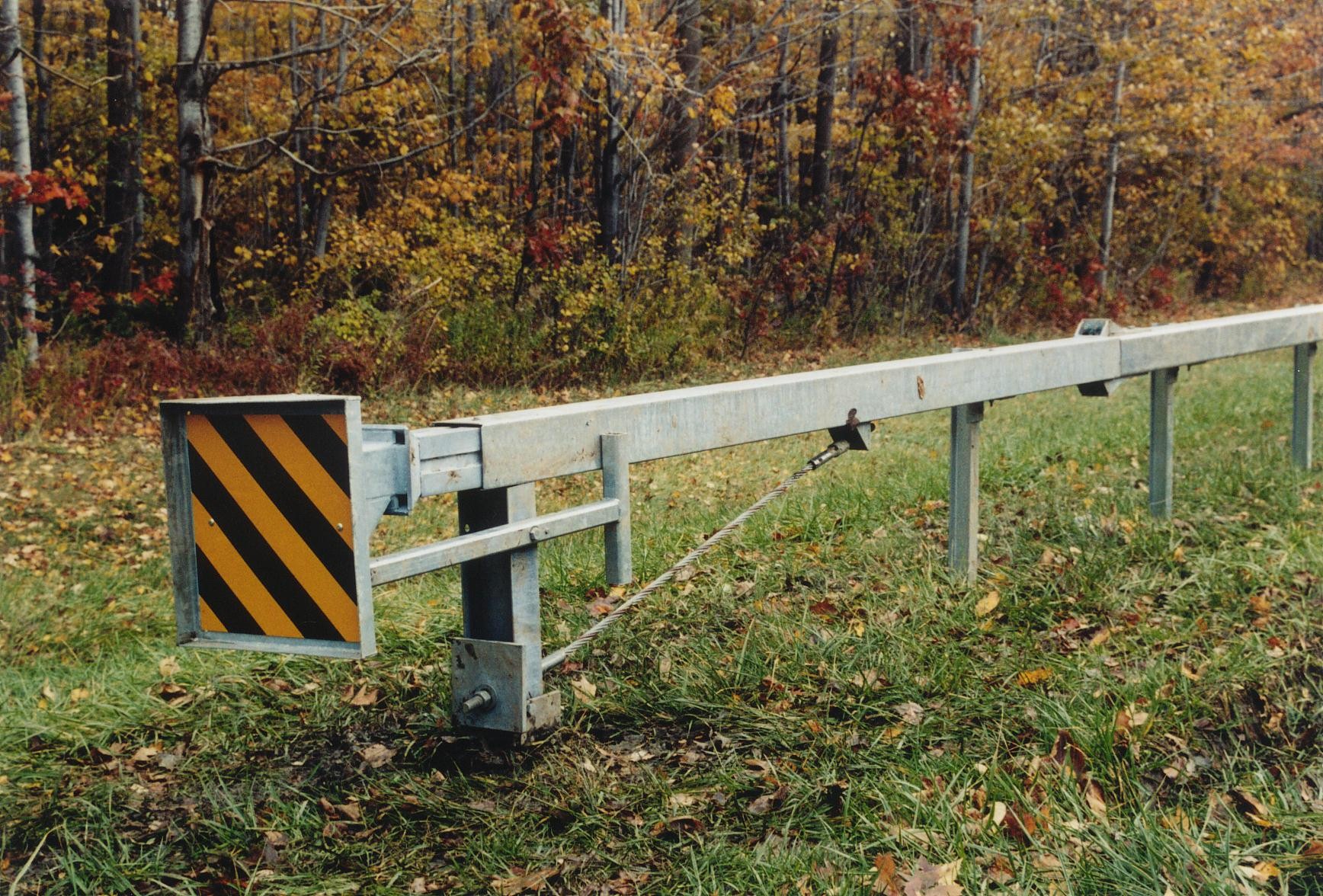 Other barriers commonly used, are composed of large plastic barrels filled with sand. Known as the Finch Barrier, the barrels closest to the initial impact are filled with less sand than those barrels closest to the barrier. The goal is controlled deceleration; the first barrels are designed to move with ease to limit the force subjected to the vehicle, and the barrels become denser as the vehicle slows down.

Forgive me for stating the obvious; while these systems have gone through years of testing and research to be deemed effective and safe, you’re probably still better off avoiding an impact with a guardrail in general. For obvious reasons, municipalities try to limit guardrail usage to only when absolutely necessary. If a stretch of highway has plenty of run-off, in a sparkly populated area with little to hit, then most places will avoid guardrails altogether. Devices such as Gravel shoulders and rumble strips are designed to alert the driver of impending doom before the guardrail is reached. This being said if you happen to fall asleep at the wheel one faithful night and wander into one, modern guard rail systems have made sure you’ll walk away from the incident alive.