Have you ever looked at a Mazda MX-5 2016 Miata and thought “this is perfect, however it’s a little too practical”. If you have, Mazda has built a car for you.
.
Because the ND Miata has only been available to customers, and subsequently tuners, for a few months, Mazda isn’t leaving all the Miata-tuning to the tuner crowd at this year’s SEMA show. Instead, they’ve build two different Miata concepts to be unveiled. One is known at the “Mazda MX-5 2016 Spyder Concept”, which, according to Mazda, “captures the character of a vintage roadster.” From the teaser image, all we can tell is that it’s been given a leather infused interior, along with a unique brown soft-top.

.
The other, is known as the Mazda MX-5 2016 Speedster Concept, where Mazda has removed the roof permanently. Not only is this forever, a roofless car, but they’ve replaced the wind shield with a wind deflector. Obviously neither of these cars are likely to reach production, and SEMA isn’t generally known for it’s subtle builds. We are however excited to see Mazda flex its tuning muscles on this already extremely capable car. Stay tuned for more SEMA show updates in the coming days! 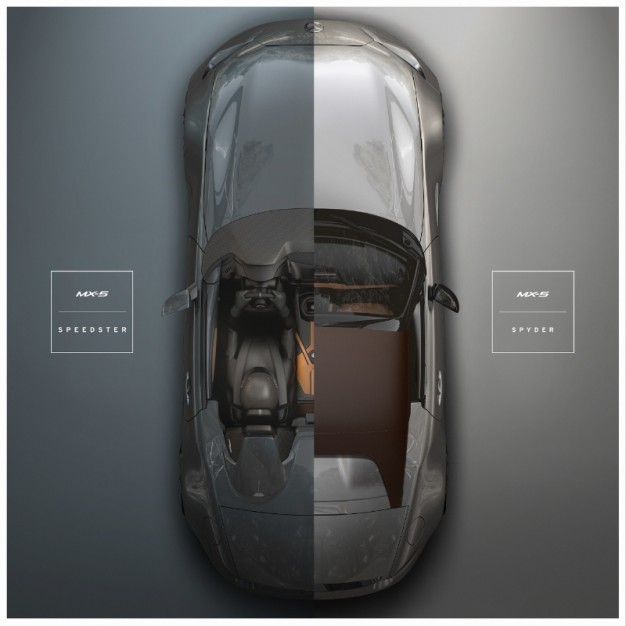