In the fascinating world of cargo vehicle design, this charmingly weird truck concept is a must-see.

A German company called Steinwinter attempted a novel take on these issues with the Supercargo 2040 concept truck during the 1983 Frankfurt Motor Show.

Resembling a wedge shaped box, it towed the semi-trailer by being placed underneath, the reasoning behind this ludicrous placement was that it would reduce frontal and cross-sectional area compared to a regular Semi-truck; it also avoided the formation of airflow currents underneath the semi-trailer. 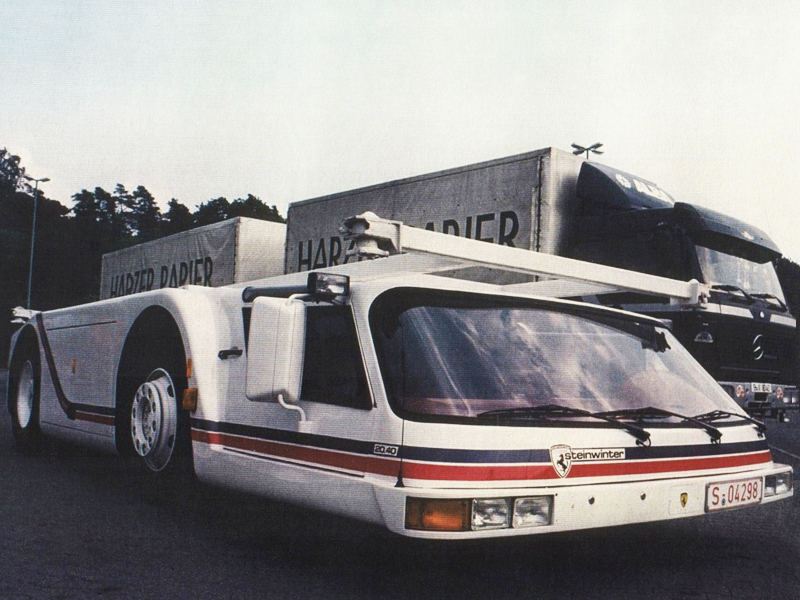 The shape is quintessentially boxy.

The interior has been described as “similar to a sports car” with similar seat placement, ride height and cluster of gauges.

The interior cockpit is nothing like a regular truck.

Below you can see a short video slideshow about this weird truck.