This week on GT Speed, we bring you the Oldsmobile Jetfire.

What’s so special about this engine?
Well aside from being the first turbocharged production engine to feature water methanol injection; it’s also eerily accurate foreshadowing of what would be the future of performance.
Let’s hop into the time machine that is recorded history, and take a look at this engine.
True to American tradition the Oldsmobile Jetfire is a V8 engine, based on the then innovative Rockette 215 Oldsmobile V8, the 215 cubic inch displacement makes it look tiny, but this all Aluminum contraption is full of quirks and oddities. 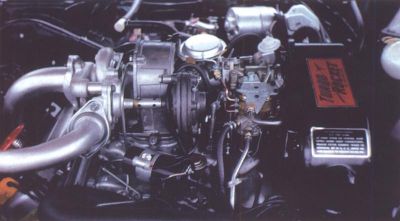 Built in 1962, it was equipped with a small Garrett T5 turbocharger which was internally wastegated, giving the Jetfire 5 psi of boost at 2200 rpm.
Oddly enough, this engine had a 10.25:1 compression ratio, and sported a single-barrel carburetor. The Jetfire had 215 hp at 4600 rpm and 300 lb-ft at 3200 rpm. Not only was that a huge output for the time, it also was located on the top end of the rev range, which is unusual for an American V8.

Such high compression combined with the added boost led to some trouble with engine knock, which prompted Oldmobile to develop Turbo-Rocket fluid, which aside from sounding like some futuristic energy drink, it was also the first ever water/alcohol injection system fitted to a production car. This Turbo-Rocket fluid served to cool down the air in the intake manifold, eliminating the knock problem. However, many customers forgot to fill the fluid reservoir, which meant the engine limited boost pressure and functioned at reduced power. 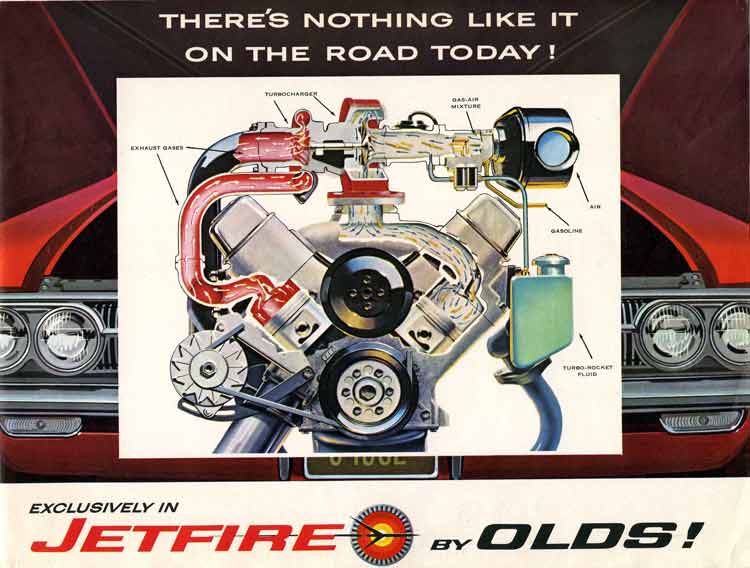 The most important thing about this engine is not it’s engineering, which is brilliant and ahead of its time, it’s not the fact that it was a ground breaking concept. The most interesting thing is that the Oldsmobile Jetfire foreshadowed the trend of American cars downsizing their engines, and the dawn of forced induction being commonplace in consumer vehicles.
Alongside the Buick GNX V6, this Jetfire engine is a turning point in automotive history. The Oldsmobile Jetfire leaves us with one polarizing question.
Can a car with a smaller turbocharged engine be considered Muscle?
The Buick GNX might have something to say about it, but more on that will come in the near future.