Corvette has been the center of attention lately,with the new mid engine Vette,that is thought to come after the debut of the new generation Corvette C8,thought to debut at the 2018 Detroit Auto Show.But before that,Chevy will most likely send the current C7 with something special,and our first guess is on a new ZR1 model.On 16 may,General Motors Company trademarked the name ZR1,with the US patent and trademark office.

Trademarked filings are often made to protect a storied name,but these spy shots tell a different story.The car in these spy shots looks like an ordinary C7 Gran sport,except the huge wing on the back.

GM applies the name ZR1 to the most extreme Corvettes,and so far has used it on the C3,C4 and C6 models.The last model was launched for the 2009 model,and was powered by a 6.2 liter V8 engine,delivering 638hp and 604 pound feet of torque.These numbers are already exceeded by the C7 ZO6,so expect something even more crazy from the C7ZR1.We know GM is working on the new LT5 V8,but that engine is reserved for the C8,so look for an uprated version of the C7 LT4 engine,and don’t be surprised if it delivers more than 700 hp for the C7ZR1.Also GM is expected to have solved the overheating problems with the engine by then.The ZR1 is expected to debut next January 2017 in the Detroit Auto Show.This might be the last front engine car we see from Corvette. 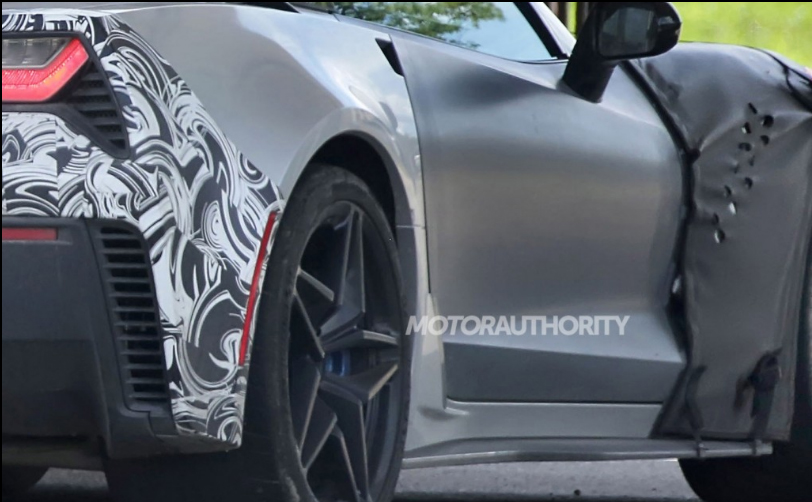 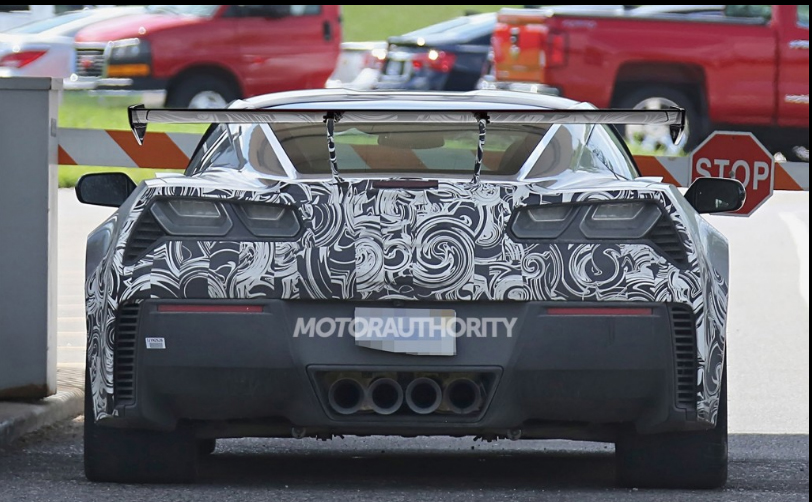