Is the Alpha Romeo Stelvio going o be the fastet SUV around the Norsdschliefe.

Before people start jumping into conclusions let me clarify something, this is just a statement made by Alpha, and there is no evidence that this might be true, but from what we’ve seen from the past, with the Alpha Romeo Giulia Quadrifoglio Verde, a car that nabbed the Nurburgring record for four door sedans twice, we can pretty much say that Alpha really stands up to its bold statements, and has never proved us wrong.

Alpha said that they are confident in their new 2018 Alpha Romeo Stelvio, and that they know for sure that their 503 horsepower Stelvio Quadrifoglio, will set the fastest lap time around the Nurburgring.

There will be a lot of skeptical people about this statement, but we think that Alpha might do it. The hottest Stelvio has the same 2.9 liter twin-turbo V6 engine as the Giulia Quadrifoglio Verde, and it rides on a modified of that sport sedan’s carbon-fiber, magnesium, and aluminum-intensive platform, this means that the car has 50/50 weight distribution. The Alpha Romeo Stelvio also utilizes torque-vectoring technology, a three-mode chassis setup and it also features a dedicated Race setting, and carbon-ceramic brakes, all this create a powerful SUV, that even sport cars should be afraid of. Even though the Alpha has amazing specs, it is up against some of the fastest SUVs out there, including here the Bentley Bentayga, which does 0-60 in 3.5 seconds, 0.4 seconds faster than Alpha. We also have the Tesla P100D, with the Ludicrous Mode that will smoke both of them, and we also have hot SUVs like the Land Rover, BMW, Porsche and Jaguar. These SUVs are all designed to be fast on the track, so they are seen as a powerful competition. Anyway, we can only wait and see what the Alpha Romeo Stelvio will do around the track, and then we can talk more about the car and the Nurburgrind records. 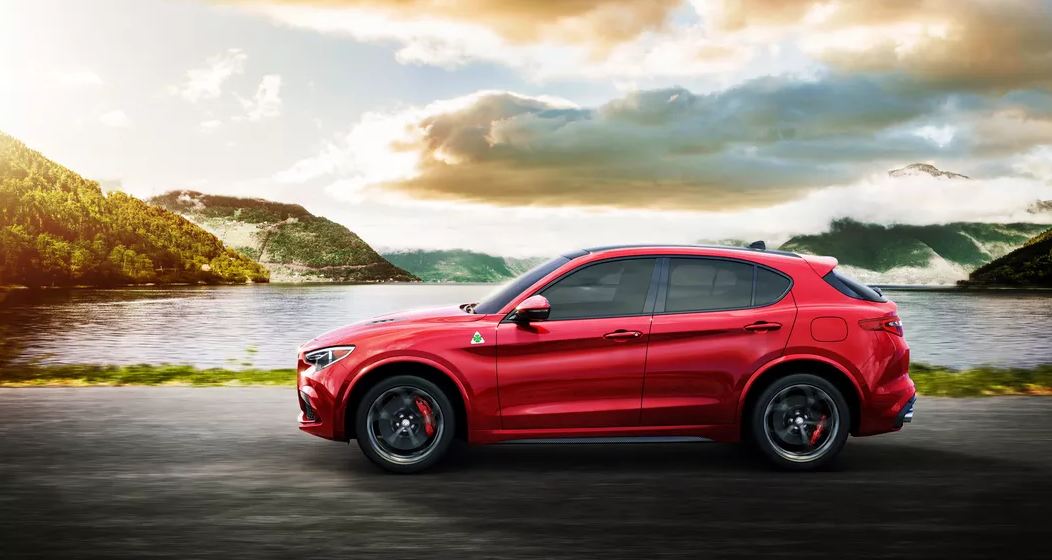