So sad to post things that unfortunately sometimes for no reasons happen! Despite the fact of how much fun is watching cars during the drag races or any other sport like this ,safety must always come first.
The 44 year old Russian driver was killed in a drag race in Crimea ,attempting to set a new Russian drag race record.Eugene Kern was the driver of a modified GT-R and he was also the owner of a Moscow based tuning shop called Turbo Drive .During the race he failed to slow down his car after crossing the finish line,ending up in a concrete block.The reasons why he didn’t managed to slow down his car are still unknown
Furthermore we suggest to watch the video, also feel free to share with us your opinion 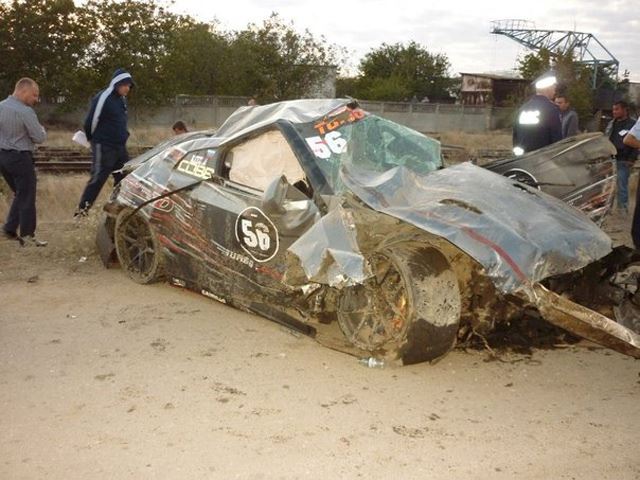