Assetto Corsa developer Kunos Simulazioni has unveiled a new batch of development preview images, depicting one of the two Corvette models coming to the PC title.
The ‘Vette variant showcased here is the Pratt and Miller-developed C7.R racing car, which is currently fielded by Corvette Racing in events such as the United SportsCar Championship and the 24 Heures du Mans endurance race. Kunos has yet to say when the the two Corvettes will be brought to Assetto Corsa, other than they’ll be added via the title’s first post-launch DLC package. We’ve partnered up with PC Specialist to bring you a range of Team VVV-endorsed computer builds, engineered specifically to get the most out of your favorite racing games. To see the full system line-up, visit the PC Specialist website here.
New previews of the Corvette C7.R for Assetto Corsa have been released, showing the car wearing its first proper paint scheme.

This new Corvette features a brand new, aluminum frame for increased chassis stiffness. The car is powered by a Chevrolet 5.5 litre, fuel-saving direct injection technology V8, FMR small block engine. The Direct Injection should give this Vette a three-percent better fuel economy than its predecessor. This might not seem allot, but keep in mind that this is an endurance racer, where fuel stops can make all the difference.

Despite being officially-licensed content for Assetto Corsa, the car is being created by well-known mod group UnitedRacingDesign as Kunos Simulazioni has outsourced the modeling work on the American race car.

Based on the brand new C7 race car, the C7.R is Pratt & Miller’s newest weapon of choice for competition in the Tudor Sports Car Championship’s GTLM class.

Furthermore enjoy the pics and feel free to share your thoughts with us! 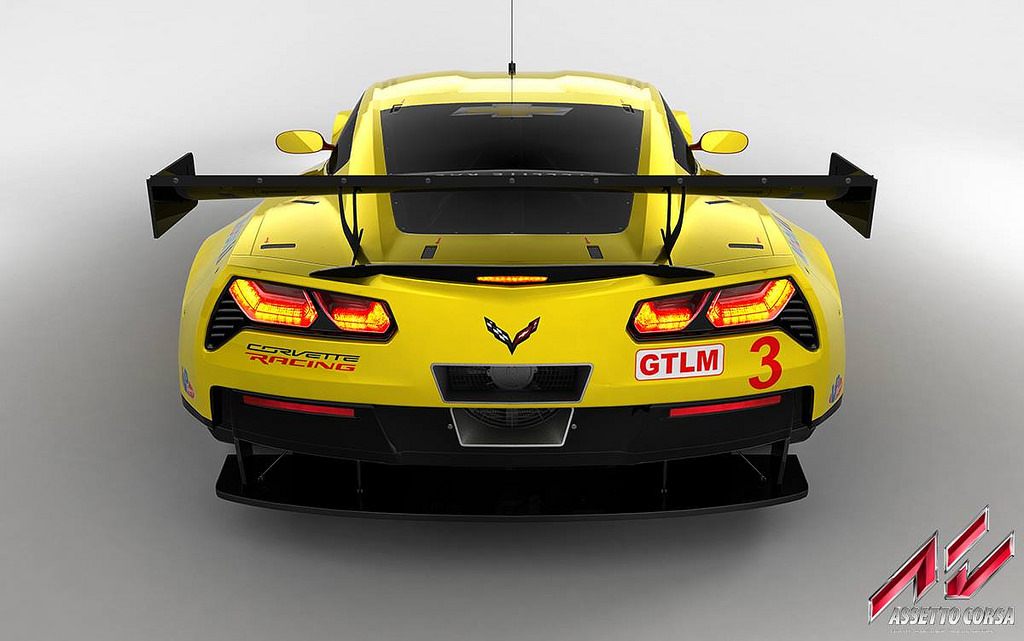