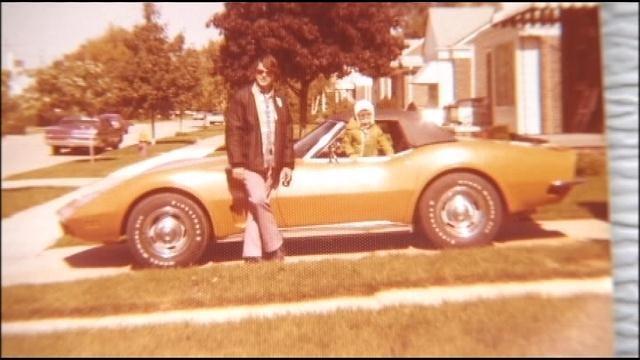 This lovely story with this convertible Vette showed us how cars are the perfect objects to archive your memories.Scott is the man who after all
this years bought father’s vintage Corvette. GM only made 4,900 Corvette convertibles for the ’73 model year.His dad bought the car in ’75 when
Scott Bachman was only two year old.Unfortunately his father had a suffered a stroke and died,then later his mom decided to sell the car.
“I started having dreams about it in May,” he said “Real vivid, recurring dreams. I told my wife, ‘I need to find this car.'”
Fortunately he had kept the VIN number and researched it online. Later he discovered the Corvette was in Michigan Scott and after that he made
an offer and bought his dad’s car back. “It was until I got into the seat and put my hand on the steering wheel that I felt like I really connected with him again,” he said. 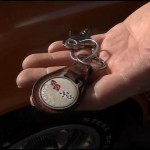 He also found the key chain, a GM Corvette key chain, was actually his father’s key ring.
“I wept,” said Scott. “I haven’t wept over my father in years.”
He is also going to work on his father’s car ,just like his father!
Furthermore we suggest to have a look at the video, also feel free to share with us your opinion