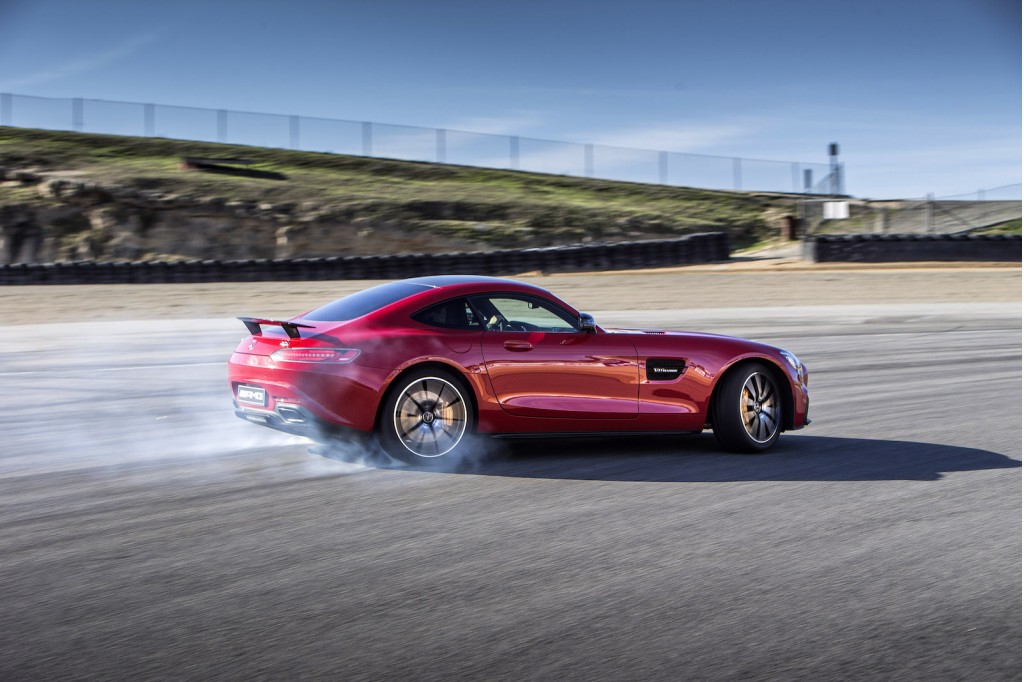 After tons of photos and infos around the web and around auto saloons, it’s time for Mr. Chris Harris to review the new 2016 Mercedes-AMG GT.
Harris was down at Laguna Seca recently to test Mercedes newest sports car, which in the video above shows him exclusively at the
track. He’s also only shown in the higher-performance GT S variant, which will be the first model available when the car hits showrooms early next year.
Two versions of the stunning sports car have been announced: the 456-horsepower GT and 503-horsepower GT S.
Well, that’s enough, click on the video below to see what he got to say about the new AMG GT: