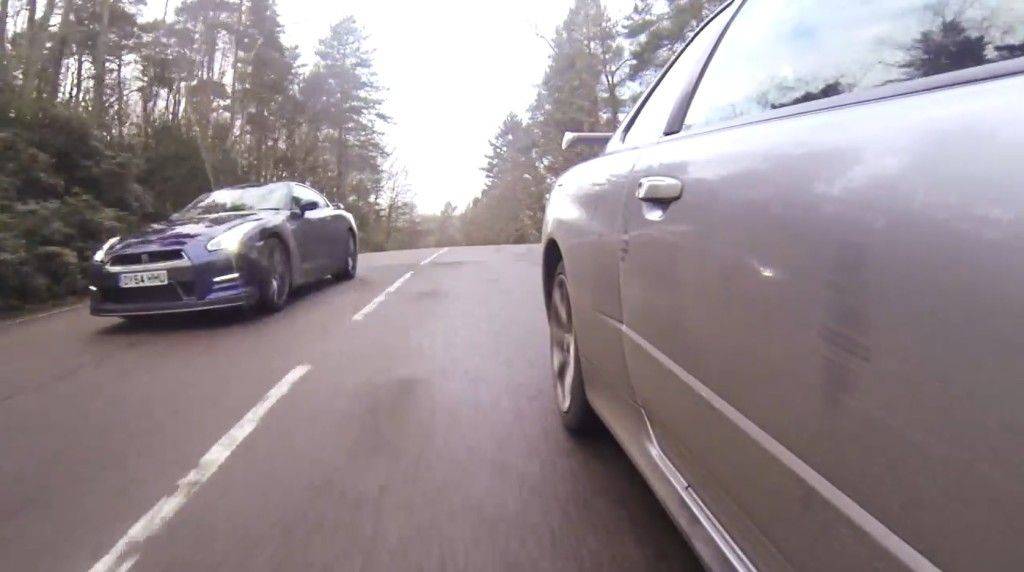 The GT-R has always been on of the most popular and recognisable high performance cars ever. Masivly known after being Brian O’Connor’s car, the Skyline GT-R R34 is one of the most loved car for a lot of automotive and non-automotive people. After being produced in about 65.000 units from 1998 to 2002, Nissan felt the need of a new Godzilla. On December 2007, Nissan officialy presented in Japan the all new Nissan GT-R R35. Shortly, the R35 became on of the most popular car on car meets because as anybody knows, you get more for the money on R35 than in any other high performance car.
Recently, CarThrottle upload a video review on YouTube feauturing the R34 and R35, which in my opinion is one of the coolest review ever. Not suru makes it so special. Hmmm, the cars on the video maybe?
Let’s check it out!