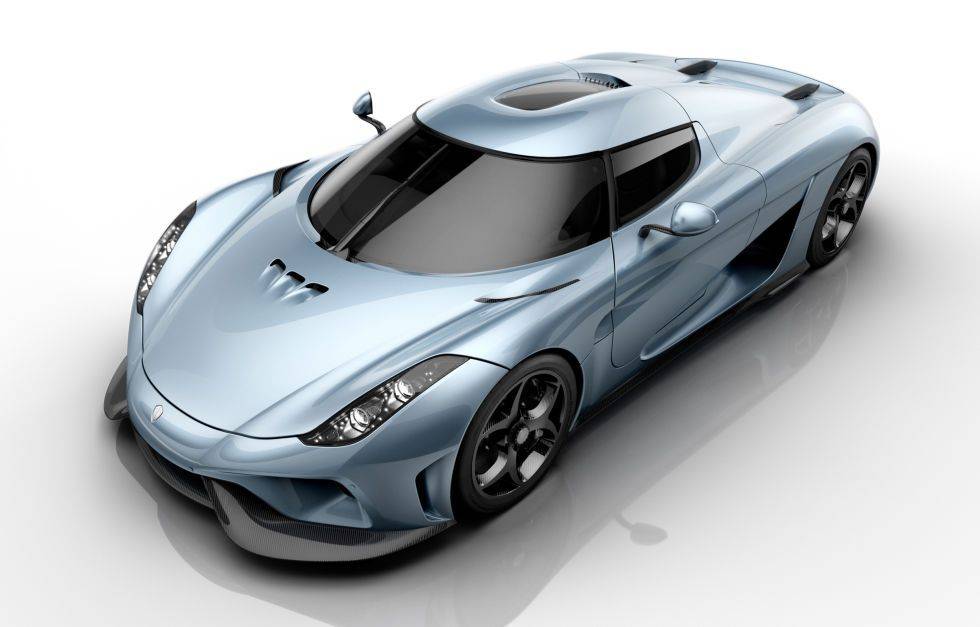 It’s hard not to think of the hybrid supercar in Darwinian terms when you come to realize that the Koenigsegg Regera has transcended the transmission altogether in a rather incredible evolution. Instead of an electric motor behind or in addition to a traditional gearbox, the transmission of the Regera has atrophied like those cave fish without eyes—replaced entirely by a trio of three electric motors. Koenigsegg calls it “Direct Drive”. 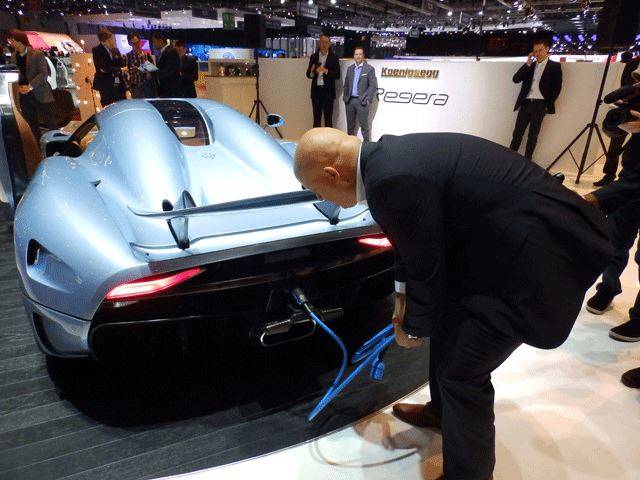 A mechanical transmission is simply not needed. Instead, the 1100-hp, twin-turbocharged, 5.0-liter Koenigsegg V8 (which, in Koenigsegg fashion, makes more power on E85 Ethanol)

sends power directly to three electric motors, one attached to the front of the crankshaft and providing power to both the battery and to the rear motors—one for each of the rear wheels. The battery is a 9.27 kWh lithium-polymer type, weighing 253 lbs. and located in the central chassis tunnel. When the electric motors are factored in, the total system output is a claimed 1500 hp at the crank and 1475 lb-ft (2000 Nm) of torque. 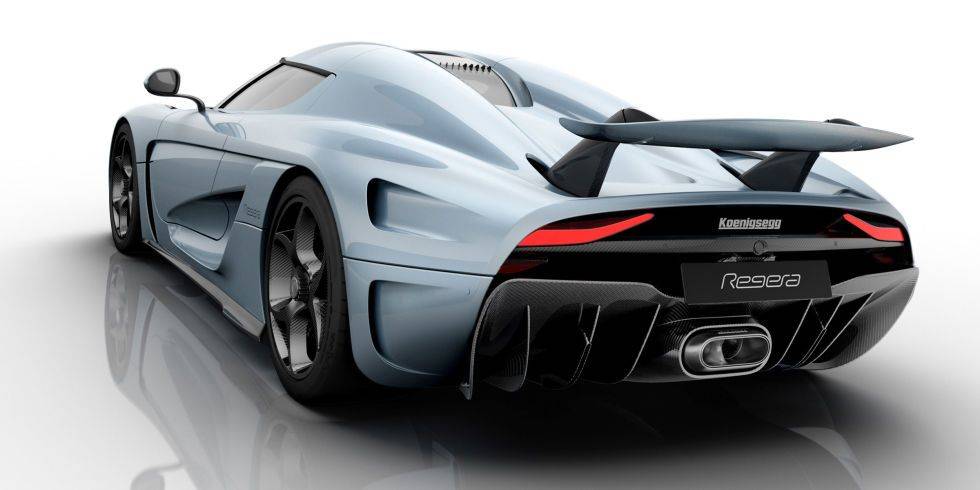 Wet weight is 3589 lbs, compared to the Agera R’s 3163 lbs wet. Koenigsegg claims that the car would weigh 194 lbs. more than this had they used a traditional DCT in a hybrid configuration. If you discount the weight of the battery, the Regera is 173 lbs. more than an Agera R.
It’s also a plug-in hybrid with an interesting feature called “Battery Drain Mode.” When the Regera is around 50 km from its destination or a charge point, a button will trigger BDM. Taking into account the driver’s behavior, it will attempt to fully drain the battery to allow for a full charge at the destination, which minimizes CO2 emissions in anticipation of a plug-in station. 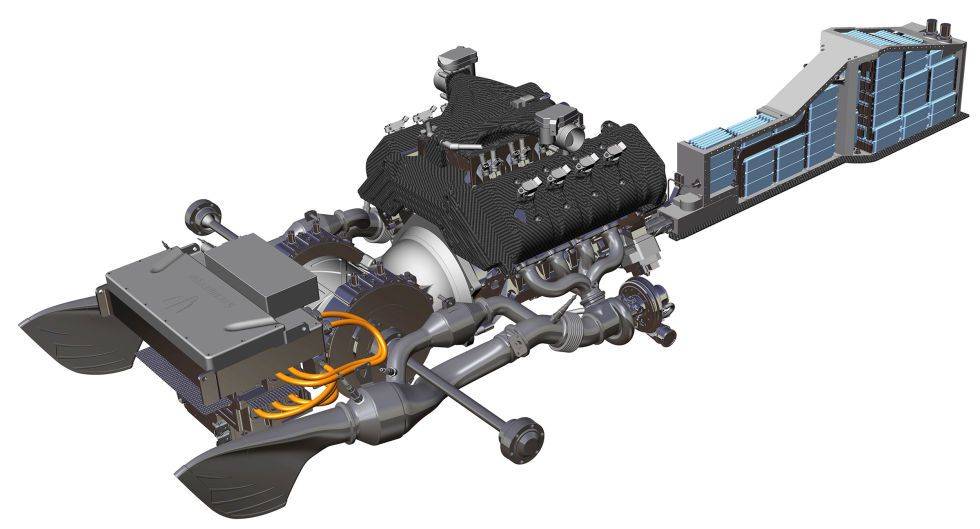 Only 80 examples of what Koenigsegg claims will be the fastest-accelerating, most powerful production car ever will be produced.