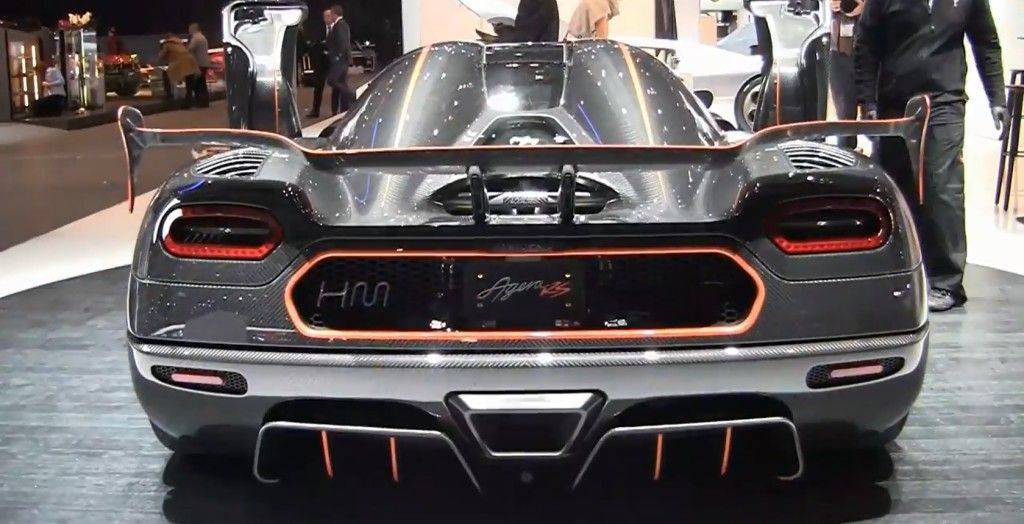 Koenigsegg hasn’t officially unveiled the Agera RS yet. That’s coming tomorrow at the Geneva Motor Show.
But intrepid YouTuber Marchettino got the chance to walk around the to-be-announced hypercar just now, camera in hand, and, wow.
Carbon fiber. Carbon fiber everywhere and on everything and comprising, basically, every visible component, including the wheels.
Also, screaming orange accents, because Koenigsegg doesn’t know how to do subtle.
Marchettino says the even-crazier version of the Swedish company’s already-crazy hypercar will crank out a full 1,160 horsepower from its 5.0-liter twin-turbo V8. For the record, that’s 45 horsepower more than the Agera R, which owns the Guinness World Record for fastest two-seat production car from 0-300 km/h and back to zero.
It’ll also make your base-model Agera, with its paltry 910 horsepower, just embarrassingly out of date. But don’t think that’s all: Koenigsegg will also unveil the Regera tomorrow, an as-yet-unknown new car whose name means “to rule” or “to reign” in Swedish which, if this horsepower trend keeps escalating, will probably be powered by a JATO rocket.
These are good times to be a hypercar fan…