Unbelievable! Clearly that is a red Mustang at the peak of roof, but how does that happened?

According to the Michigan State Police, the Mustang driver left the roadway just west of M-52 and he was going about 60mph on eastbound I-69. The vehicle was described to go through several trees, bushes, a fence and a yard before going to the final destination which was the roof as you can see through the photos down below. We also learned that the driver escaped without injures. He was treated for low blood sugar at the Sparrow Hospital in Lansing. 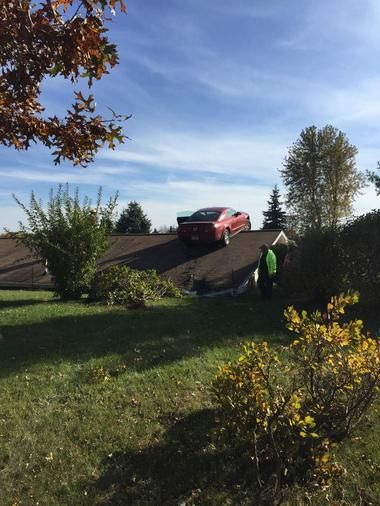