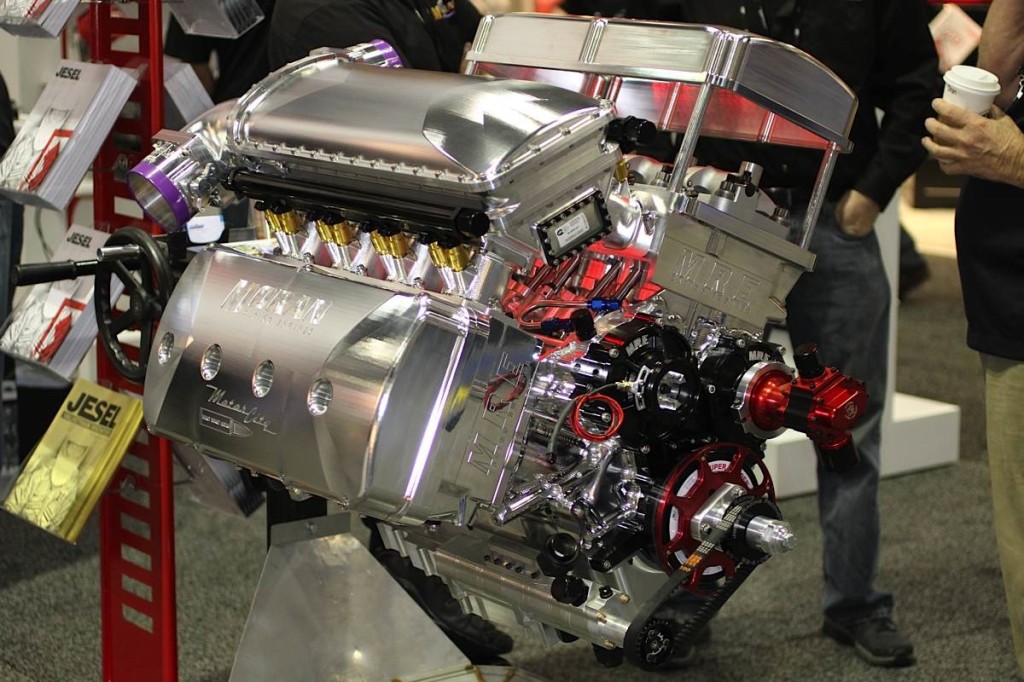 If you’re really into engines,we mean really really into engines, than you’re on the right side of web.That’s definitely what we call engine porn!It’s time to introduce an enormous engine,4,400Horsepower Twin Turbo Hemi.If this information from Big Stuff3 is correct ,than we have in front of us a twin turbo terror which does not only builds boost qucker than any other big-inch but it also produces as much power as a nostalgia Top Fuel engine.
“I order extra large counterweights because at high rpm, I like the stability and don’t care about the weight.” says Mike Moran
Mike Moran is the designer and the builder of Moran Racing Engines (MRE,MoranMotorsports.com).Moran also claims that this thing would have yielded more than 4,400 hp if the dyno absorber could have kept up with it.
Furthermore we suggest to to have a look at the gallery,also feel free to share with us your opinion