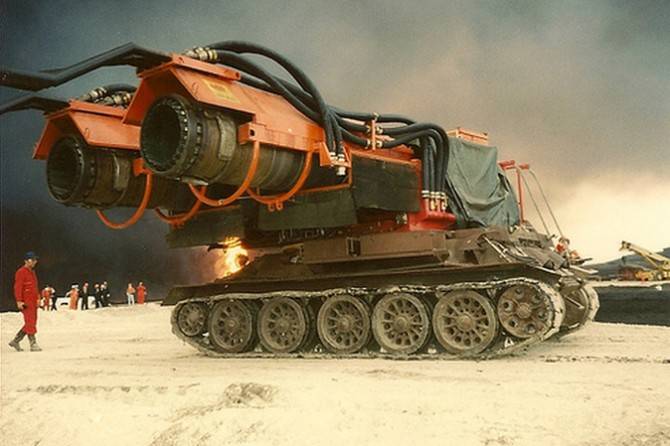 Meet one of the most badass fire-truck ever built! First,you need to know this mad machine isn’t the latest development in jet powered armour – as a matter of fact it is a fire truck.This extraordinary contraption known as Big Wind was created by Hungarian engineers.They took the tracks of a World War II-era Russian T34 tank and equipped them with jet engines from a MiG-21 to the top.Each of the jet engines delivers an incredible 27,000ibs of thrust, capable of powering a MiG-21 jet- fighter at more than twice the speed of sound.Yeah, pretty awesome! Around each jet engine, there are 6-fire hoses which release up to 8000 gallons of water per minute.If you turn on the jet engines you can send that cloud of spray at a fire @770mph.Furthermore we suggest to watch the video, also feel free to share with us your opinion