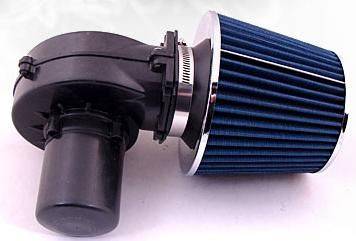 When you need a potent engine or a sturdy gearbox for your fantasy supercar, Ricardo should be your first call. This U.K.-based engineering firm has roots reaching back more than a century and branches that cover Europe, Russia, Asia, and the U.S. of A. Ricardo’s expertise can be found across the industry. Among its recent projects is the HyBoost, a Ford Focus fitted with an electrically driven supercharger.
Ricardo built this HyBoost with two goals in mind: topping Toyota Prius fuel efficiency while skirting the cost, bulk, and weight of the Prius’s two electric motor/generators and battery pack. The experiment is a timely one—every carmaker sees 2025’s 54.5-mpg CAFE requirement looming, and most need help meeting it.
To create the HyBoost, Ricardo replaced the original 1.6-liter four-cylinder engine with a 1.0-liter EcoBoost three-cylinder and augmented that engine’s turbo with a Valeo electric supercharger. Two years ago we speculated that BMW might use an electric supercharger to sharpen throttle response at low engine speeds. While that has yet to come to fruition, Audi has one under the hood of its RS5 TDI concept car. 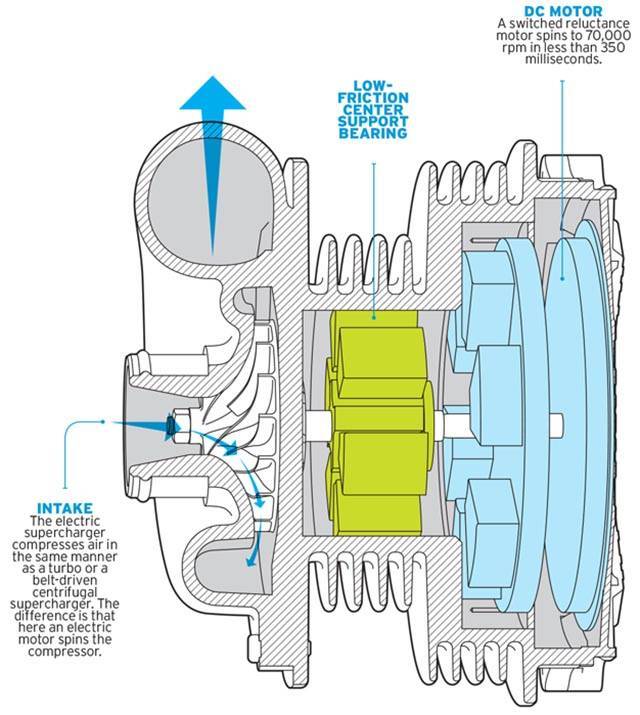 Essentially a turbo’s compressor mated to a DC electric motor, this supercharger can spin to 70,000 rpm in less than 0.4 second, supplying 8.7 psi of boost before the HyBoost’s larger exhaust-driven turbo wakes up. Ricardo met its goal of increasing the Focus’s fuel efficiency from 39 mpg to 59 in European test cycles.
A switch allows acceleration testing with or without the electric blower operating. We used fourth-gear acceleration from 30 to 50 mph and from 50 to 70 mph to gauge the supercharger’s effectiveness. Goose the HyBoost’s throttle and there’s a shuffle under the hood accompanied by a modest increase in forward surge as this device goes to work. The key word is “modest.” The supercharger trimmed the 9.0-second 30-to-50-mph run by only 0.3 second. In the upper speed range, there’s less benefit because there’s sufficient exhaust flow above 2800 rpm to spin the turbo.
Despite the HyBoost’s poor showing on the test track, we’re enthusiastic about the Valeo supercharger because it runs cool and can be mounted nearly anywhere under the hood. Count on seeing this device on production models soon.