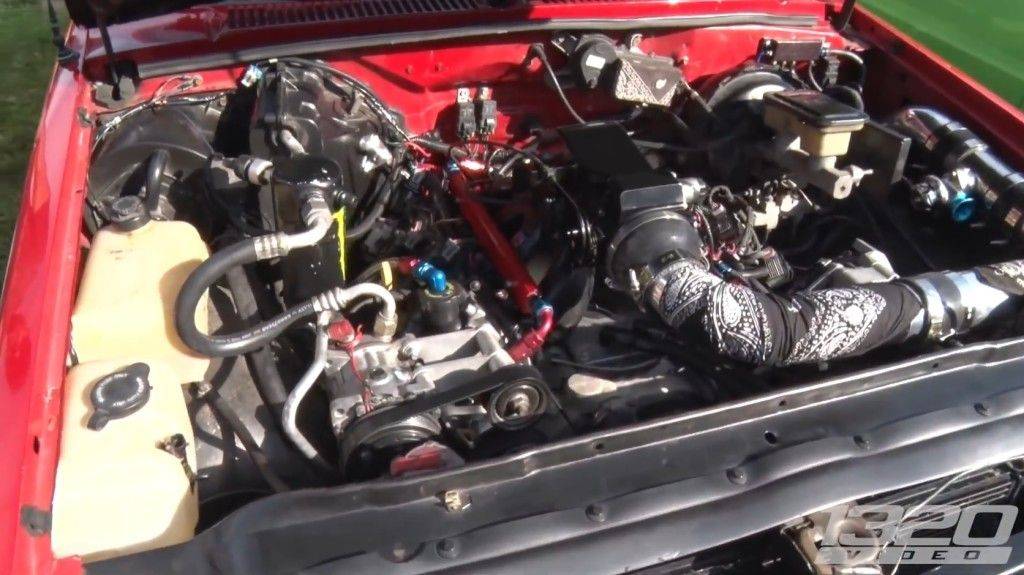 This is a very strange idea. As you can tell from the title, the video is of a Chevy S10 with an LS1 under the hood and a turbocharger in the bed.

While it’s true that a setup like this would save you the trouble of finding room under the hood, it does seem like it would end up being a lot more work in the long run. Although it’s obviously hard to say, because we’ve never seen such a thing before. Of course, the owner seems to enjoy it, so more power to him.
We also get a bit of footage shot from inside the bed while the truck is driving, and it does indeed sound pretty terrific. So, again, we can’t really fault him. But anyway, it pretty good idea!
Let’s check it out!