It took me a while to gain the courage to sit down and pen this article, and for good reason. I’d be willing to bet that you, the reader, are a pretty avid car-nut. You like speed, agility, racing, horsepower, burnouts, crashes, you name it. The 2015 Ford Fusion is one of the most lackluster cars I have ever had the displeasure of driving; there’s really nothing interesting I can say about this car. I did however, find an excellent reason to write about it; it perfectly sums up everything I despise about modern cars. I also got to drive it on some of the most perfect driving roads in the entire world. I’m talking about Mullholand Highway, Topanga Canyon, Latigo Canyon, Mullholand Drive. If you’ve watched an American car review where they tested some exotic sports car on gorgeous canyon roads with pearl-white beaches in the background, it was filmed here.

So I was stuck renting a Ford Fusion, how bad could it be? This is the new face of Ford! The front fascia was pulled straight from an Aston Martin. It has sharp lines and a bulging hood, this should be alright! I read car reviews to make myself feel better about the predicament. Car and Driver even said that the Fusion is “surprisingly fun when hustled down a twisty road.” Perfect! That’s exactly what I’ll be doing!

Driving a Fusion fast is about as much fun as a doing your taxes. This is a fat, wallowy machine. Skinny, low-rolling resistance tires mean that there is absolutely no grip, which isn’t necessarily a bad thing. After all, the most fun you’ll ever have in a car is at the limit of grip and less grip means that this limit is more accessible. The problem is then how this car behaves at the limit. 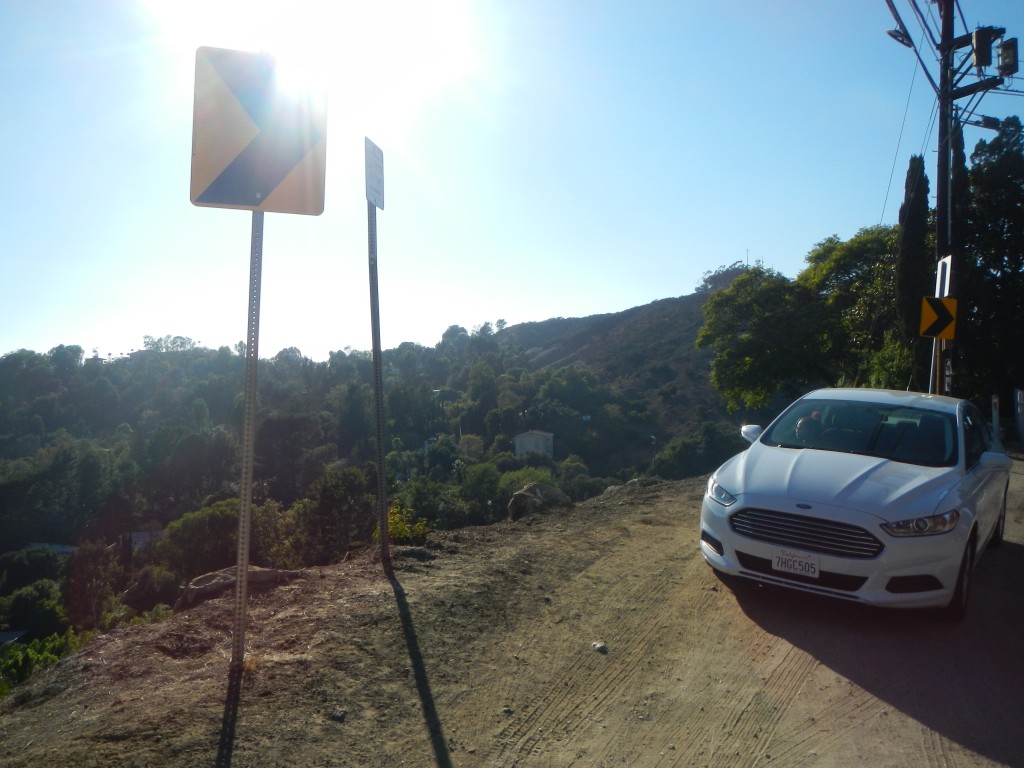 One word, understeer. Unforgiving, tantalizing, unnerving understeer. This car doesn’t rotate, but rather the front pulls the rest of the car around like a horse drawn carriage from 1860. It’s not even like you can feel the understeer through the steering wheel and play on the limit. This steering rack is about as communicative as the steering in those red and yellow Fisher Price cars you rode around in as a kid. To make matters worse I frequently had to use hand-over-hand steering while driving through the twistiest canyon stretches because the rack is so damn slow. 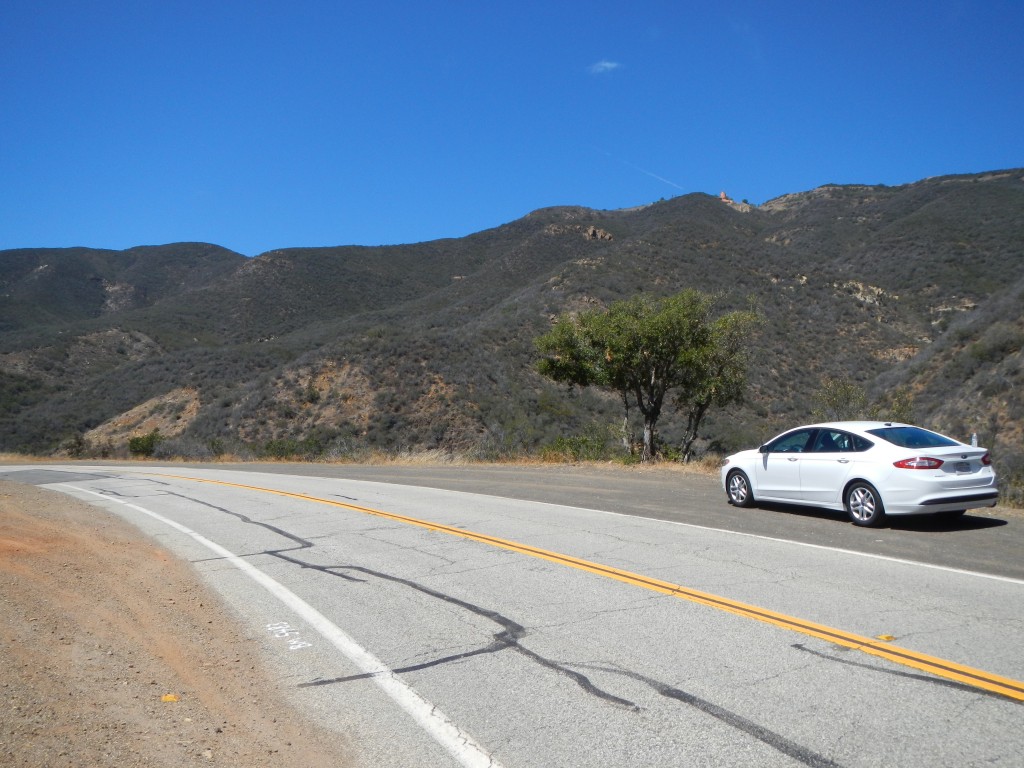 The rest of the car is equally dull. The brakes felt mushy and soft and the drivetrain is utterly dreadful. It’s powered by a 2.5L four-pot that supposedly revs to 6,250rpm, if you believe the indicated redline, though the clumsy automatic never lets it past 6,000rpm. In traffic and around town, the automatic was fine. However once you put your foot down, it’s clueless, totally unsure of what gear to select. But not all hope was lost! This base model Fusion came with a sport mode! Select “S” on the gear shift and you are now able to select your own gears using a toggle switch mounted on the gear shift. Not only does putting this toggle switch on the gear shift make it completely unusable, but it shifts so slow that using it is more frustrating than not. If you plant the throttle in first gear the transmission will automatically shift before you even get close to redline. Downshift aggressively and it’ll deem you incompetent and simply ignore you. Upshift too early and the same thing happens. It’s like a manual for children but in my hands it feels borderline insulting. 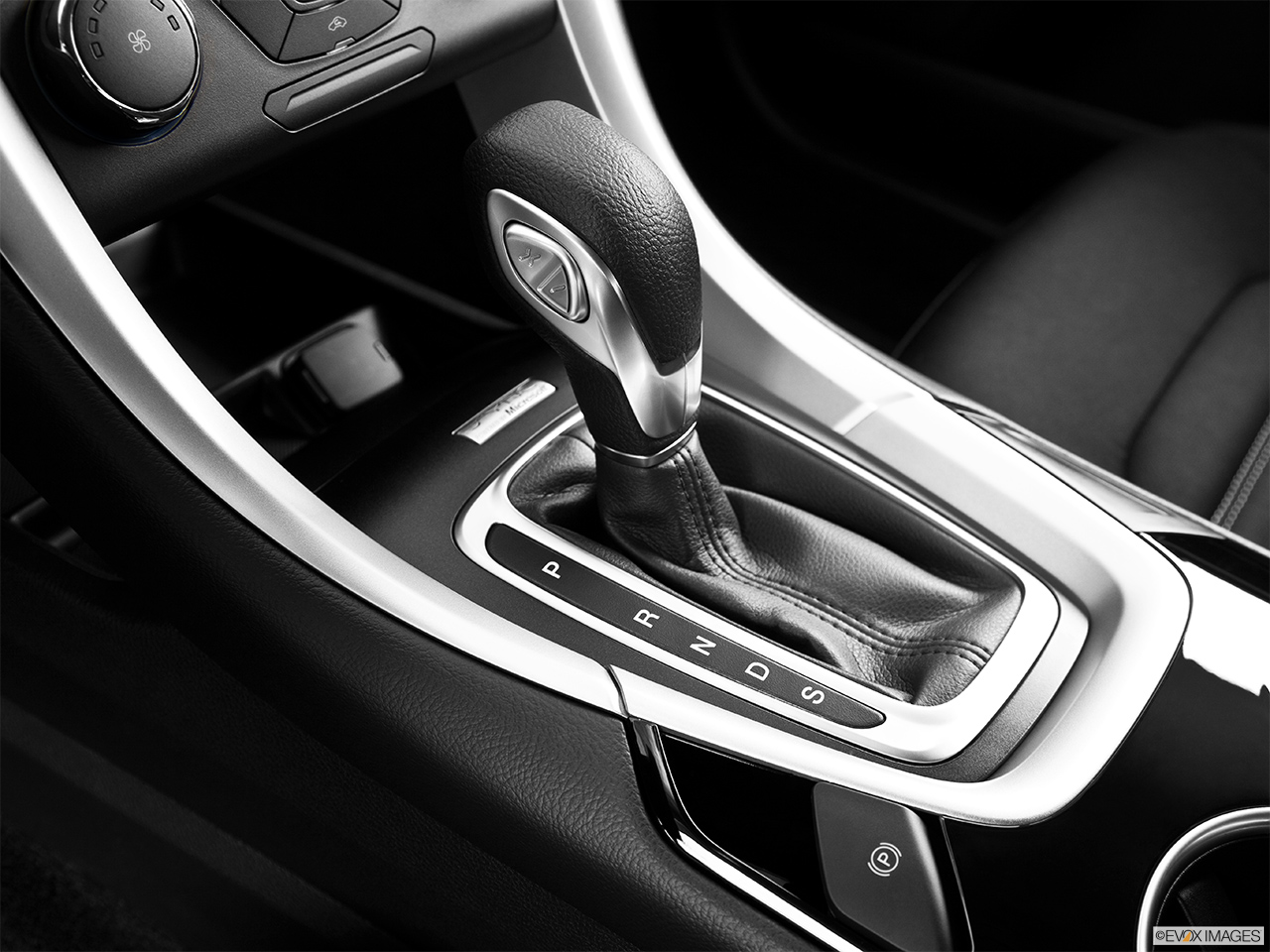 The electronic handbrake is the worst invention since CVT transmissions

This 2.5L naturally aspirated motor makes 175hp and 175lb.ft of torque, which feels completely anemic in a 3400lb sedan. To make matters worse, the combination of city driving, highway cruising and canyon carving resulted in an average of 19.5MPG. My previous vehicle, a 2006 Honda Civic which has a similar powertrain and seats five, a car that saw numerous trips to the racetrack and all sorts of other abuse, averaged 25.4MPG. 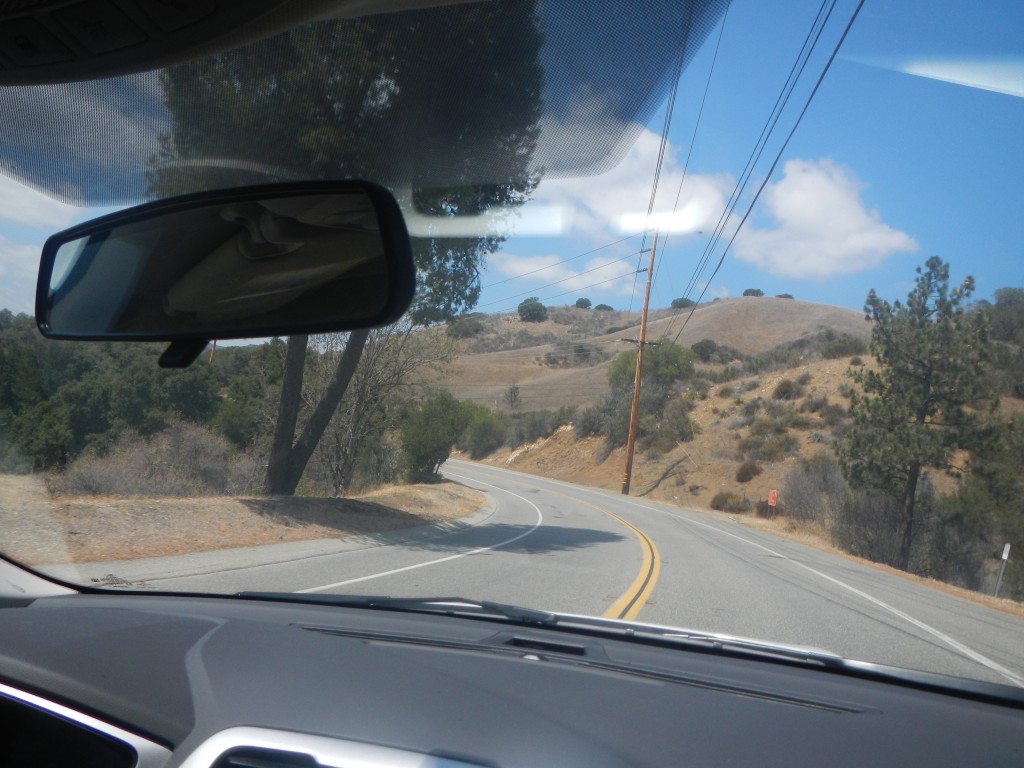 If you love driving, you need to drive through Latigo Canyon – seriously, it’s breathtaking.

So why the crappy car? I’m a broke college student, going on vacation. Initially I insisted on a Mustang rental as it’s really the only sporty rental carried by mainstream car rental companies. With the ‘young driver’ fees and insurance the cost blew out of proportion. At that point I called up the cheapest rental car company I could find and asked for the cheapest car they carried: the Ford Fusion. When I arrived at Burbank Airport the car rental agent offered to upgrade me to a Toyota Camry, at which point I had to put considerable effort into not bursting out laughing. You know your rental car is awful when a Toyota Camry is an upgrade. 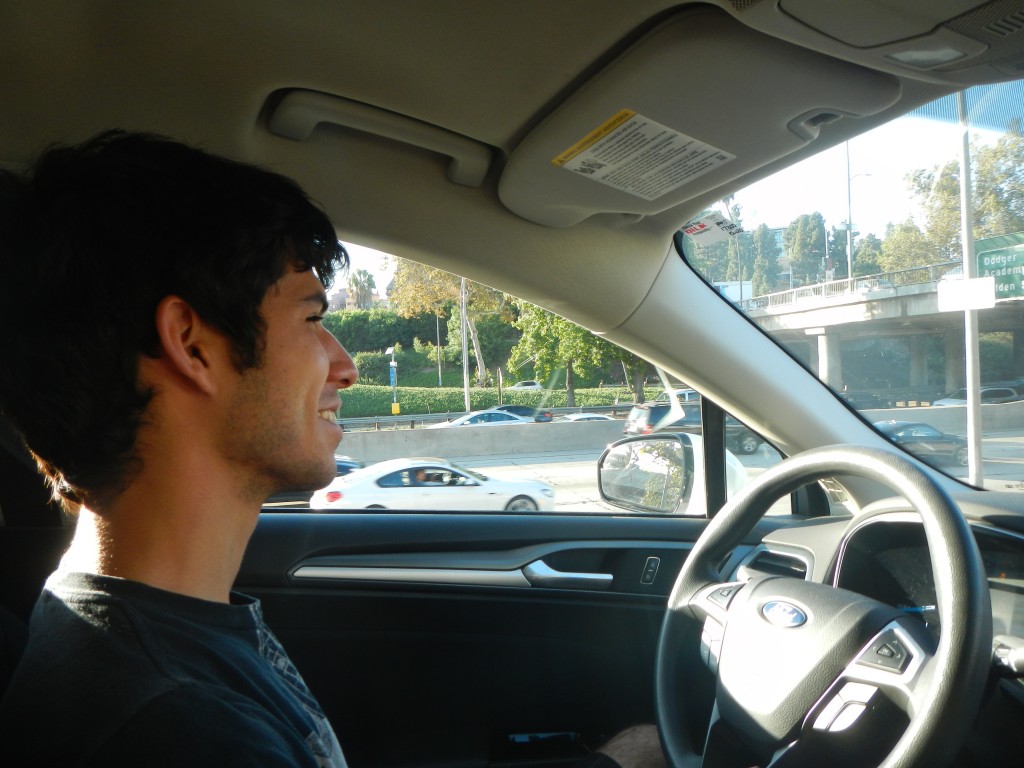 It was at this point that I desperately tried to find something, anything, that I actually liked about this car. The rear-view camera was particularly useful considering this car is 50 feet long and has a-pillars as thick as Donald Trump. It had ‘one touch’ turn signals which made for easy lane changes. The ride was compliant, the trunk is huge, there’s lots of room in the back seat and if I’m honest, it’s a decent looking car.

Hey, if you like the Ford Fusion, buy one, I hope you love it. Something tells me that the average Ford Fusion owner doesn’t spend hours reading GT Speed articles anyways. But if your heart flutters when you hear a Lamborghini and your hobbies include doing donuts in rainy parking lots, I’m sure you’ll agree: this car sucks.